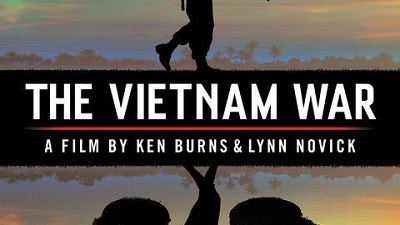 The recent acclaimed Burns-Novick documentary on Vietnam is great cinematic art but poor history.  Unfortunately, with the nano-second emotion/attention mentality of our population, it will be generally judged as THE history.  For those that were part of the Vietnam “experience,” it lanced old boils while ignoring the root cause of the disease.  The series systematically ignores crucial points of fact while emphasizing the emotional points-veterans as victims, the North as righteous warriors and the peace movement as a penultimate demonstration of taking moral high ground.  Some of this is right.  Much of it is wrong and as “history,” it has huge holes.  Hindsight is always that, 20-20 in product but often twisted and distorted by the viewer.  Some thoughts not addressed by Burns follows.

LBJ got the US into Vietnam because at the time, he had no choice. JFK and Ike had both viewed communism as a single monolith that had to be confronted at every opportunity to preserve the Western world. He could not be the President that ignored their legacy. But, he made the decision to intervene with crucial and ultimately disastrous guidelines-points the series largely downplays.

The “How” LBJ that specified to the JCS, in some detail, is the most crucial to the ultimate outcome. We ought to examine the engagement decisions he made with the time they were made.  There was little credibility to the concept of a non-monolithic communism.  Ho, the PRC, USSR etc. were viewed as the same, ergo - We had to fight/defeat the commies in SVN in order to save the region (dominos etc.).  That said, LBJ established many crucial restrictions on the engagement that largely led to the defeat of the South.  Congress provided the coup de grace and it’s all history - much of which Burns egregiously ignores.

The Requirement to Protect the NVN Infrastructure

The decisions to avoid bombing; the Red River dikes; the very limited road network between the PRC and NVN; establishing Haiphong as a safe harbor and preserving the antiquated electrical and hydrologic infrastructure, allowed the GONVN to preserve itself as a functioning entity and funnel the vast majority of its military age citizens directly into the war effort in the South.

The decision to announce to the North, via diplomatic channels, intended targets within North Vietnam, allowed the north to mass anti-aircraft weapons within the known strike areas, resulting in significant pilot losses.  This is ignored by the documentary.

Protecting the Border Sanctuaries in Laos and Cambodia by Prohibiting Incursions

Prohibiting incursions into the border areas, permitted the North to establish a very extensive safe basecamp and supply infrastructure, as well as succor and prepare major forces for attacks into the South and recover them without fear of disturbance.  The covert bombing and MAC SOG insertions were largely mosquitos on the elephant of security.  The Lam Son 719 incursion demonstrated both how extensive that area was as well as how crucial it was to the North.  Too little, way too late.

Separating the war into two components, conventional and unconventional/insurgent, while placing the clear majority of resources/emphasis on the former while largely ignoring the supremely important latter.

Assigning the ARVN to urban area defense while US forces pursued Search-Kill operations made sense initially (1965-66), but did not transition as the war went on until Congress directed withdrawal.  Because of this, the ARVN largely ignored the outlying rural defenses in favor of emulating the US forces.  Concurrently, any “civil war/counter-insurgency” programs were quietly closeted or managed on threadbare and erratic budgets.

The End: Over and Under Emphasis on the How and the Why

The Burns-Novick series also has an ironic over and under emphasis that erroneously skews the conclusions as well as misrepresents how and why the war ended.

The issue of corruption, continuously addressed, was not a game changer/decider.  It was a constant irritant and distractor but had little to no bearing on the ultimate outcome which was decided by brute massed force conventional tactics.  The north’s strategic assumption that the southern population would rise-up because of the 1968 Tet offensive, was patently wrong.  The populace largely stuck with the South.

The role of the ARVN, largely ignored by the series, was greatly understated to the point of falsifying the conflict.  Throughout our engagement - 1965-1973 - they conducted 90% of the operations and suffered an equal preponderance of casualties.  This fact was greatly under-reported by the US media at the time and by the Burns recount now. Any factual study of ARVN operations in the Delta, as well as I and II Corps would affirm that.  Even in III Corps, during Tet, the ARVN carried the bulk of combat operations.

The draft deferment program, only marginally addressed, combined with the policy of no Guard or Reserve elements deployed (actually a few but unpublic), effectively condemned US forces to a very limited manpower pool as well as allowed the national population to have a clear issue avoidance-especially if a family had even modest means.  Vietnam was a poor man’s war, largely under-represented by the middle class-most of whom went to college in some form or gained a medical deferment.

The role of the media was crucial to the emerging and ultimately grossly negative US attitude toward the war and the South in particular.  The Bleed and Lead press mentality, coupled with the inept MACV press management, insured the US population would have a negative skewed view of the war effort.  The lack of balance regarding media is unfortunate-Burns depicts it as good, all knowing, truth telling in the face of falsity etc.  The truth is that both sides were at fault, but the overall media slant was patently unfair to the facts at hand.  While Westmoreland had rightly lost much of his credibility, any visit to the countryside post Tet, would have convinced a neutral observer, even a Cronkite, that the ARVN had done a highly credible defense and that the VC infrastructure was largely decimated.  These points are studiously ignored.

The quality, determination and moral fiber demonstrated by the southern population and its steadfast opposition to northern imposition, was virtually ignored in favor of a cinematic message of the righteousness of the northern cause against the corrupt malefactors of the South coupled with the gross victimization of those US personnel that served.  In 1973, absent any US forces, the South effectively defended itself against the north in a one on one campaign albeit assisted by US air power.

The overarching fact, completely ignored by Burns-Novick, was the effect of the aid cutoff by congress. The great emotional divisiveness generated by Nixon and Watergate, eliminated any shred of tradition bipartisanship when it came to warmaking.  Congress, statutorily, halted all military aid to the South and specifically precluded any introduction of air or ground power, regardless of how transitory.  Rather than provide funds for fuel, ammo and spare parts as it quickly did for Israel in similar circumstances, the South was allowed to run out of fuel, ammo and the entire wherewithal for war.  Most importantly, congress killed the spirit and hope within the fighting forces of the South that we had built over our total immersion in the conflict.

The ocean of refugees that flooded to our shores and the population of the “re-education” camps, attested to what America meant to the South and what Burns-Novick largely ignore in their drive to spin a message.  They have, unfortunately, sullied what would otherwise have been a continuing chapter in their previously unimpeachable artful historical records.

I want to begin by saying that it is no surprise to me that Burns’ and Novick’s “The Vietnam War” has sparked a great deal of discussion here at Small Wars Journal. I can only attest to viewing part of one episode, but I found that it looked and sounded like a film that I had seen before, with nothing new to offer. Unfortunately, as with the “Civil War”, Burns focuses on proliferating interest in history among Americans, in making that history accessible, and in portraying these collective traumas as seemingly external forces that happened to the American people, rather than as complex and dynamic consequences of American agency. In an earlier quest for a Vietnam War documentary to binge-watch, I came across 1999’s “Battlefield: Vietnam”, which was outstanding in its granular analysis and illumination of Johnson’s fatal micromanagement and Congress’ abandonment of South Vietnam.

Back to the points by Col. Nightingale…

1. Marshall McLuhan’s assertions about the media and the world seem very, very prescient. The Communists’ mass murder and enslavement in North Vietnam was not filmed and barely photographed and so it effectively does not exist. In addition, the anti-war movement’s concern over the war crimes committed by U.S. servicemen in Vietnam and over Vietnamese civilian suffering tended to be self-serving reasons for opposing a war that one might be called to fight in.

2. The U.S. government can be forgiven for missing the Sino-Soviet Split, especially given the relatively recent aggressive expansion of Communism. It was not until the U.S. was mired in Vietnam, that it occurred to Washington to reach out to Beijing. Unfortunately, McNamara and others in Kennedy’s Administration had already deduced that unlike South Korea, South Vietnam was militarily indefensible due to the tyranny of its geography. Johnson could have pursued a more ruthless strategy of making Vietnam ungovernable for the Communists by way of unconventional warfare.

3-4. I completely agree that Johnson mortally wounded his own war effort with his restrictions. By the time Nixon entered office, North Vietnam was receiving a tremendous amount of Sino-Soviet materiel – along with hundreds of thousands of advisors and ostensibly defensive soldiers – and North Vietnam had established the most sophisticated and densest IADS in the world.

5. I have yet to see a decent documentary on the ARVN.

6. Imagine how American audiences would respond to footage of U.S. Marines digging the gold out of the jaws of dead Japanese during the Pacific War? Or of “liberated” Frenchwomen being prostituted and/or raped? Or of the more than 500,000 civilians killed by Allied bombing throughout Germany and German-occupied Europe? It would change public opinion about the “Greatest Generation”, albeit footage of German, Japanese and Soviet atrocities would more than counterbalance. What if the U.S. had won the Vietnam War? It seems to me that much of the anti-Vietnam War sentiment is more due to Americans’ aversion to defeat than to their aversion to war.

Read your comments with appreciation and concur. Those of us old CORDS guys who stayed on in CORDS's successor outfit till the end would agree strongly that for the Southern people, unification was a dread rather than an aspiration. Loyalty of the people to GVN had become well entrenched on account of incorporation of the masses into ARVN and Territorial Forces as soldiers and dependents. In those last years, without US air support and as they were literally running out of gas, they fought on and took ever increasing casualties, which was more than many expected, and which, I think, speaks for itself.