The Federal Government of Somalia (FGS) and the Somali National Army (SNA) have maintained great momentum in their military operations this year. They have conducted operations in areas that have historically been long held by Al-Shabaab, liberating villages throughout the Lower Shabelle Region, thus freeing civilians from oppression in the areas surrounding Mogadishu. Even with those large governmental gains, Al-Shabaab continues to be a formidable foe within the information environment with a well-developed Information Operations strategy. 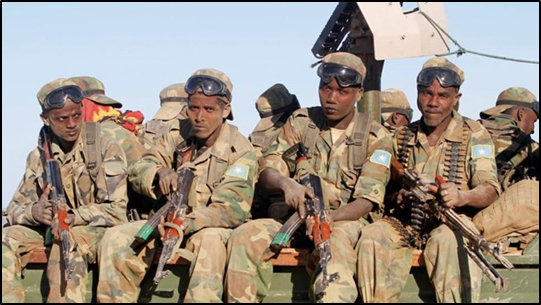 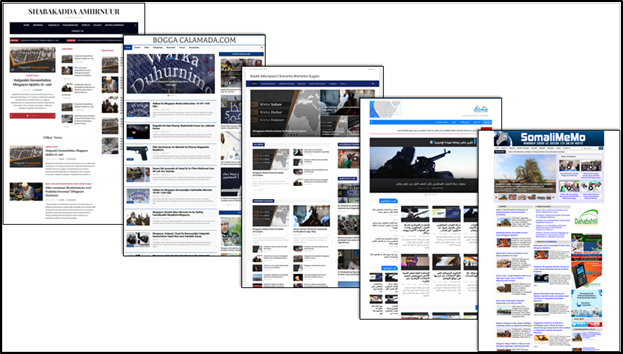 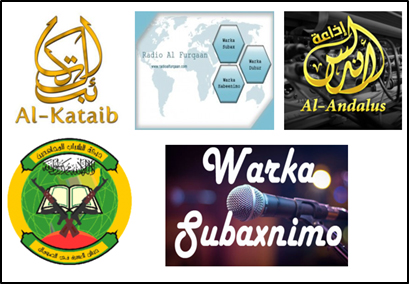 Al-Shabaab, “the youth”, was formed in 2006 by young men as an armed military for the now defunct Islamic Courts Union (ICU). Even with the swift dissolution of the short-lived ICU, al-Shabaab has continued its never ending and enduring war throughout Somalia to impose their interpretation of strict Islamic law and rid the country of any foreigners. This is an entirely impossible task and a contrivance of false virtue for two primary reasons. The first being that the influx of international foreign aid and humanitarian assistance has been essential to sustaining life throughout remote areas of Somalia affected by poverty and extreme drought. Somalia is one of the largest recipients of foreign aid in the world with an estimated influx of over $60 billion USD since 1991. The US provides an approximated $1.5 billion annually followed by the EU which provided €61.5 million in 2019 towards humanitarian assistance projects. This international aid funding is intended to support humanitarian actions and lifesaving assistance to an estimated 5.4 million civilians in areas of food scarcity however, it is estimated that a large portion of that goes misappropriated due to political unsteadiness and corruption. (Anoba, 2017)

Secondly, al-Shabaab’s consistent undertaking of criminal activities and barbaric acts of terror against civilian and foreign targets alike are the primary reasons why the Federal Government of Somalia must reinforce their organic military, the SNA, with foreign military entities hailing from Uganda, Djibouti, Ethiopia, Kenya, Burundi and Sierra Leone, as part of the African Union Mission in Somalia (AMISOM) peacekeeping forces to assist with maintaining security efforts. Over twenty thousand AMISOM troops have been funded and dispersed throughout all regions of Somalia to assist the SNA in dispelling and ultimately defeat Al-Shabaab. The SNA continues to be described in multiple governmental and military assessments as a lesser capable force, who is poorly equipped, and not prepared to fully maintain sustainable security throughout Somalia if these troops were to be withdrawn. This is an interesting dynamic whereas the attacks by Al-Shabaab will continue against foreign targets, and the foreign targets (AMISOM forces) are only present in an attempt to stop Al-Shabaab and sustain security, unfortunately many civilians are often found to be collaterally injured or killed during these incursions.

Despite the best efforts of international partners and the Federal Government of Somalia to rid the capital and prominent Somali regions of militants, al-Shabaab continues to siphon significant revenue streams to support their operations, media production, and dissemination efforts through thuggish, illegal taxation. This taxation is accomplished by strong arming local businesses, Hawala money transfers from the Somali diaspora, village markets, and traffic checkpoints are all sources of illegal taxation.  Through intimidation tactics and threats of physical violence or death, al-Shabaab is able to coerce the populace into paying these taxes and generate revenue streams that fund their attacks throughout Somalia.  They also provide al-Shabaab the ability to purchase and maintain new media infrastructure and finance media personal for their propaganda channels

There have been several failed attempts for social reform within the Somali government and diaspora to dispel clannism and the extreme prejudices that it brings. 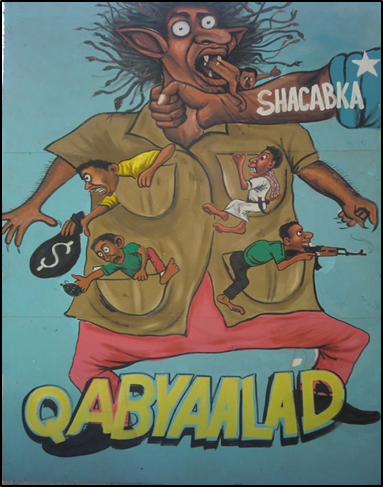 Clannism is deeply rooted within the Somali culture and al-Shabaab effectively manipulates these politics and exploits tribal rifts for their benefit. They consistently influence clans to work against each other causing them to focus internally, thereby preventing them from collectively coming together and establishing progressive social movements. Due to its proximity, and wide broadcast reach, al-Shabaab utilizes their propaganda radio outlets as a primary means of outreach in turning tribes against each other and then inserting themselves as a means to establish stability and security in exchange for their allegiance. This allegiance comes at a high cost, and causes the disintegration of tribal integrity, conscription of child soldiers, and forced marriages to abusive and absent partners, along with increased taxation and the parasitic pillaging of local resources.

Al-Shabaab’s media arms have regularly disseminated other violent extremist organization’s propaganda, demonstrating how the creation and distribution of Islamic extremist propaganda videos has evolved into a conglomeration of “underground media” organizations that include As-Sahab, the Global Islamic Media Front (GIMF), and Al-Fajr. (Reid, 2009) These underground media organizations form top-level media channels within al-Qaeda’s propaganda hierarchy. A central stratagem of al-Qaeda is that potential manipulation of information has emerged as a dominant arena not only for recruitment and global legitimacy, (De Poli, 2017) but more importantly to influence the actions of Al-Qaeda affiliates including Al-Shabaab.

Significantly, al-Qaeda’s success during their asymmetric wars are not only the result of an efficient insurgency, but also of their ability to harness technology and social media to manipulate the information environment in pursuit of their goals.

Increasingly, al-Shabaab has bought into this stratagem in pursuit of its own political and military objectives in Somalia, but also, in pursuit of the objectives of other international terrorist organizations, namely al-Qaeda. As of 2012, al-Shabaab swore allegiance to al-Qaeda in a video message released to global audiences publicizing their relationship, and limited examination has studied the alliance since. Little is known of the inner workings of the relationship behind closed doors, however focusing on propaganda homogeneity disseminated via various channels by these extremist actors leaves little doubt of coordination within the information environment. (CNN, 2012)

We showcase an instance where Al-Shabaab potentially coordinates with international terrorist organizations within the information environment which has been a factor in, and at times directly influenced, their operations.

On January 2019, al-Shabaab declared that their high-profile attack against the DusitD2 Hotel in Nairobi, Kenya, was retribution for the United States’ recognition of Jerusalem as the capital of Israel. (SITE, 2019) Almost in concert, Jama’at Nusrat al-Islam wal-Muslimin’s (JNIM) attack’s against the UN Base in Aguelhok, Mali, days later echoed a strikingly similar rationale. JNIM quickly issued a claim of responsibility, framing the assault as part of a broader Al-Qaeda campaign intended to prevent the “normalization” of Israel, with Jerusalem as its capital. (Joscelyn and Weiss, 2019) Reportedly, both JNIM and Al-Shabaab attribute this line of rationale to Ayman al-Zawahiri’s guidance to attack western targets in response to the United States relocating its embassy to Jerusalem. Zawahiri’s guidance was released in a five-minute video entitled “Tel Aviv is also a land of Muslims”. 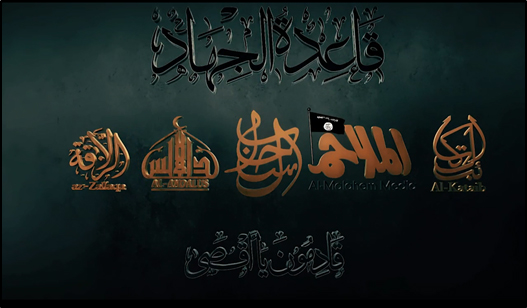 It is unclear whether JNIM and Al-Shabaab possess the capability to plan and execute such high-profile attacks within the short time between Jerusalem’s conferment in early December 2018, and the aforementioned attacks in mid-January 2019 or, if the homogenous propaganda was ad hoc rhetoric attached to deliberate, preplanned attacks. Though these groups seem non-interrelated, there is a direct influence from Al-Qaeda’s media wing upon Al-Shabaab and others.

Examination of the below case further substantiates our assessment: Al-Qaeda’s top-level media channels not only function as propaganda mechanisms leveraged by Al-Shabaab (among others) to widen the aperture of its audiences, but more importantly, to synchronize the efforts of its allied extremist organizations.

Al-Qaeda’s media wings purposefully choreograph propaganda amongst Al-Qaeda’s affiliates. Conversely, affiliates such as al-Shabaab leverage Al-Qaeda’s media wings including GIMF, As-Sahab, and Al-Fajr to widen the aperture of its audience and to garner legitimacy. Recognizing this propaganda relationship allows us to understand Somalia’s insurgency as not primarily an internal one but rather one concerned with the Global War on Terror. More importantly, al-Qaeda’s top-level media channels not only disseminate propaganda but more importantly, indirectly facilitate the synchronization of efforts across extremist organizations, and in this case, al-Shabaab.

Within Mogadishu, the FGS maintains The Ministry of Information (MOI) and a respectively appointed Federal Secretary that oversees the broadcasting of Pro-Governmental programs throughout Somalia through multiple relay stations, with the primary being Radio Mogadishu and Somali National Television. To diminish the media voice and grasp al-Shabaab has on the Somali populace, the MOI is focusing efforts on improving the content of their web based media and radio stations, adapting it to new target audiences and expanding their range to rural areas that have long been excluded from the government’s outreach.

They have also been making strides to train and empower local area journalists and broadcasters through funded educational programs which will offer diversified and tailored media content for their local communities. Finally, the FGS recognizes the economic disparities that exist within their country and has continued to procure and disseminate portable hand crank and solar powered radios to remote areas, thereby allowing those without means the ability to access Pro-Governmental programs along with world news and events. These endeavors continue to be fostered by the FGS and with time will surely prove to be beneficial to the Somali people. Those areas without access to alternative media programs and the truth to what is occurring within their country are prone to continual manipulation by al-Shabaab’s propaganda due to their extensive media dissemination ability.

Captain Evan Matos (USMC), an Advanced Information Operations Officer, has 19 years of military service and multiple combat tours and deployments within the Middle East, Southeast Asia, Central America and most recently East Africa. The views expressed are his own, and do not represent the views of the United States Marine Corps.