America at War: This Map Shows Where in the World the U.S. Military Is Combating Terrorism

America at War: This Map Shows Where in the World the U.S. Military Is Combating Terrorism by Stephanie Savell and 5W Infographics - Smithsonian Magazine 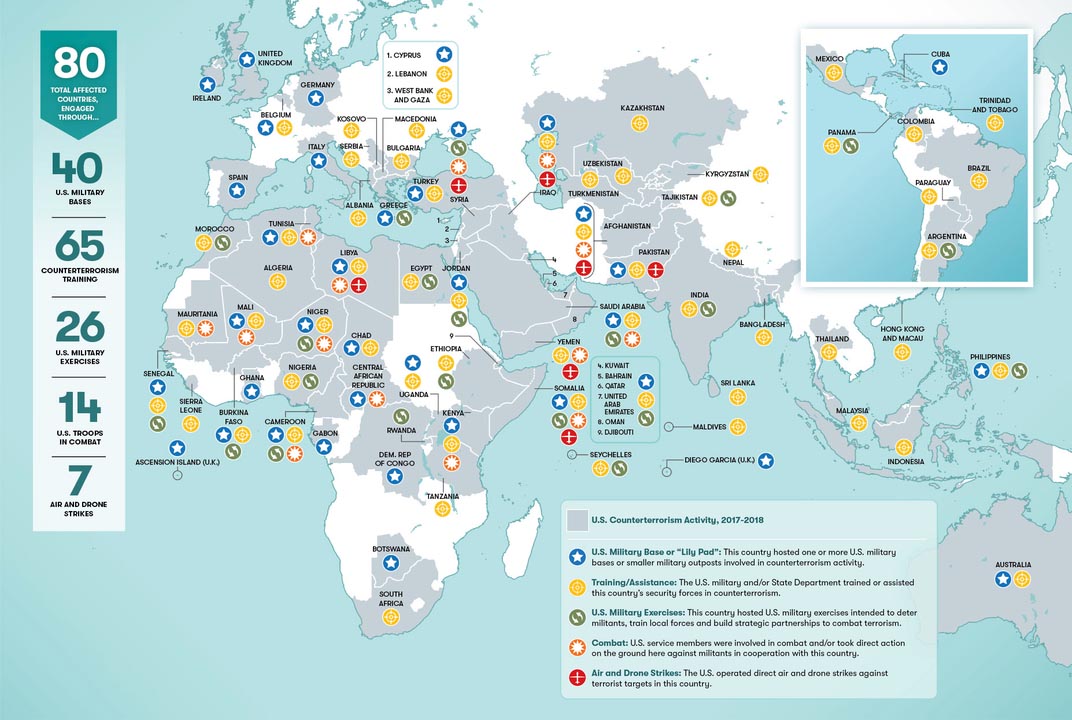 Less than a month after the September 11 terrorist attacks on the United States, U.S. troops—with support from British, Canadian, French, German and Australian forces—invaded Afghanistan to fight Al Qaeda and the Taliban. More than 17 years later, the Global War on Terrorism initiated by President George W. Bush is truly global, with Americans actively engaged in countering terrorism in 80 nations on six continents.

This map is the most comprehensive depiction in civilian circles of U.S. military and government antiterrorist actions overseas in the past two years…