On Christmas Day every year lots of Americans relax and enjoy time with their families. For many of our troops, though, it can be a day of sacrifice and hardship.

Over the history of the U.S., several big military actions have taken place on Dec. 25. Here are four noteworthy ones.

1776: Washington’s Famous Crossing of the Delaware 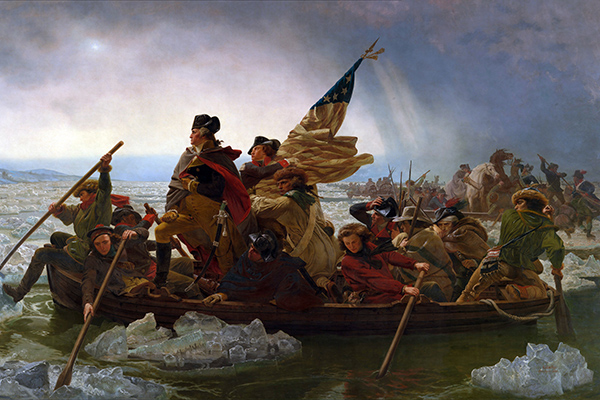 The winter of 1776 didn’t start as a good one for Gen. George Washington’s Continental Army. They suffered many defeats in the first few months of the American Revolution and had been pushed out of New York and New Jersey into Pennsylvania. For the troops, morale was low.

Washington needed to renew faith in the battle for independence, so he decided to surprise the Hessians – German troops hired by the British – who were stationed in Trenton, New Jersey. He figured that doing so after the enemy’s Christmas celebrations would find them groggy and unprepared for a fight, especially as a terrible winter storm was brewing.

So late Christmas night, Washington and his troops hopped in boats and waded across the icy Delaware River to test his theory – and he was right. At dawn on Dec. 26, about 2,400 frozen Continentals pushed into Trenton, and they did indeed surprise the enemy, who surrendered within an hour and a half.

The mission, which became known as the Battle of Trenton, was of huge significance to the Continental Army’s cause. Not only did it raise the troops’ spirits, but it revived the hope of the colonists, who were beginning to think their battle for independence wasn’t feasible.

1864: The First Battle of Fort Fisher 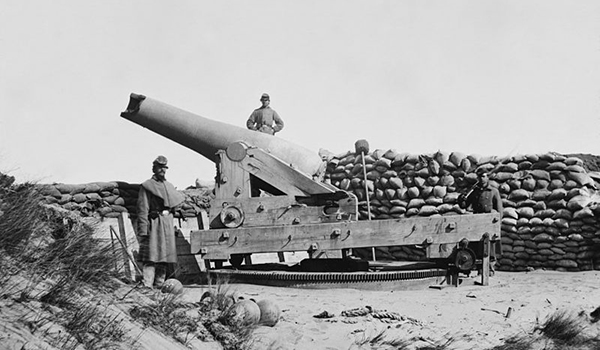 A damaged Confederate gun at Fort Fisher, N.C., circa 1864 after the first battle there toward the end of the Civil War. Photo by Timothy O’Sullivan.

For most of the Civil War, North Carolina’s Fort Fisher saw very little combat. But that changed on Christmas 1864, when the Union decided it wanted to capture the last port the Confederates held on the Atlantic Ocean.

It was a debacle for the north.

First, the Union tried to pack a warship with explosives and blow up the fort’s walls – but that didn’t work. It just blew up their ship and alerted the Confederates of an imminent attack. So on Christmas Eve, the Union tried again, bombarding the fort with heavy gunfire, most of which fell short or missed its target.

On Christmas morning, Union commanders decided to shell an area north of the fort so troops could land and come ashore. But when they did, more disappointment followed – the fort’s heavy artillery was completely unscathed, so that was a no-go, too. It was only then that the Union ordered troops to retreat.

While the first Battle of Fort Fisher was a massive failure for the Union, the second wasn’t. In mid-January 1865, Union troops were finally able to capture the fort, effectively cutting the Confederates off from all global trade and supplies. The Civil War ended three months later. 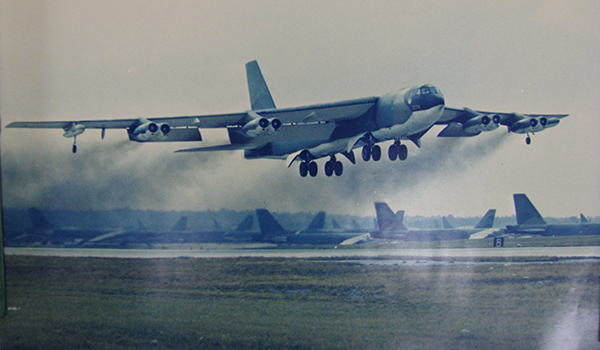 A B-52 Stratofortress bomber takes off from Andersen Air Force Base in Guam in support of Operation Linebacker II in December 1972. U.S. Air Force photo.

American troops were in the middle of the biggest bombing mission in military history during the Christmas season of 1972. The air campaign, called Operation Linebacker II, has largely been considered the action that ended U.S. involvement in the Vietnam War.

President Richard Nixon ordered the bombings to begin on Dec. 18 after North Vietnamese delegates walked out on peace talks. Nicknamed the “11 Days of Christmas,” the operation consisted of 11 successive days of raids by B-52 Stratofortress bombers flown in from Andersen Air Force Base in Guam.

The only day that both sides got a reprieve was Christmas, when troops were given a 36-hour break to celebrate. During that time, Nixon ordered the North Vietnamese to return to the bargaining table. They refused, so the bombings continued more ferociously until Dec. 29, when they finally agreed to resume peace talks.

The resumed peace talks that came from the campaign led to the Paris Peace Accords in January 1973. The U.S. ended its involvement in the war soon after, but the last American troops wouldn’t leave the country for another two years.

1896: “Stars and Stripes Forever” Is Written 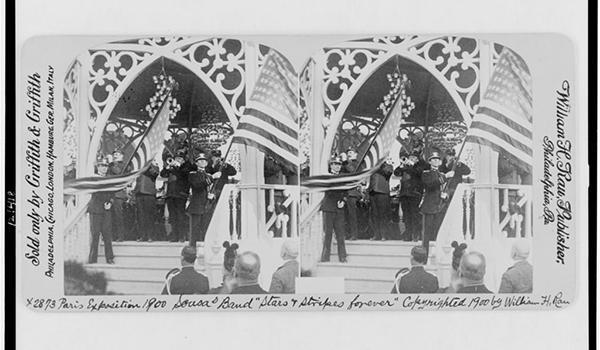 On this stereoscopic card, the John Philip Sousa Band plays on a bandstand in Philadelphia around 1900 while two band members wave American flags. Photo courtesy of Library of Congress.

While this wasn’t exactly a military action, it’s definitely a symbol of America’s military might.

John Philip Sousa, who grew up during the Civil War, was a talented musician who became a long-time director of the U.S. Marine Band. Known as the “March King,” he was a rock star of his time, eventually starting his own band in 1892.

On Christmas Day 1896, while crossing the Atlantic on his way home from a European vacation, Sousa’s lasting legacy came to him. He said the notes for “Stars and Stripes Forever” were born out of homesickness and fond memories of his time as the Marine Band’s leader.

So this Christmas, while you’re enjoying leave, family, cookies and the holiday, think of some of your fellow troops, past and present, who had to forgo Christmas for the greater good of the country.  While you’re at it, you might even want to put on “Stars and Stripes Forever” in their honor.