The current state of the Ukraine-Russian war has fallen into a see-saw struggle for small territorial gains, much like the War in Korea in 1952-53.

While the Ukrainians are now beefing up their capability for offensive naval operations in the Black Sea, as recommended in these pages months ago, those actions against the vulnerable Russian littoral left flank have yet to occur.

With those naval operations presumably soon at hand, the Ukrainians might be well advised to begin attacking the Russian war effort’s other great vulnerability:  Logistics.   Specifically, the Russian Rail System, and the command and control structure of the Russian Army’s Material Technical Support Brigades.

In 1862, with the Union’s first assault on Chattanooga in the offing, the Union sought to exploit the Confederates’ logistics vulnerability: A single track railroad line, running from Atlanta to Chattanooga.

James Andrews, a Union civilian scout and spy, along with fellow civilian William Campbell, convinced General Don Carlos Buell to ask for 22 Army volunteers to infiltrate south to Georgia, steal a train and then head north, burning bridges and wrecking track. While Andrews and his men ultimately failed, with Andrews hanged as a spy, as were seven others, some escaped and evaded, and the balance were repatriated and awarded Medals of Honor.

The raid had failed because Andrews’ men had no explosives or wrecking tools, and heavy rain not only precluded the wooden railroad bridges’ burning but slowed the men’s escape. The idea, however, was a good one: Use the enemy’s logistics to transport raiders to specific targets inside enemy territory; sort of like a modern computer virus, but with bytes the size of boxcars.

The Ukrainians have the advantage, as Andrews’ Raiders did, of being able to pass for the enemy. Thus, it would be possible for Ukrainian Special Forces to take advantage of anonymity and attack several railroad chokepoints simultaneously, deep within Russia. If successful, such strikes would not only cause massive logistics problems that would multiply as summer faded and winter set in, but they also would create a huge propaganda shock that would hit Putin squarely in the groin.

The targets for such attacks are four railroad bridges, one in Voronezh  one in Vologograd  and two at the intersection of railways in Fokinsky Rayon. 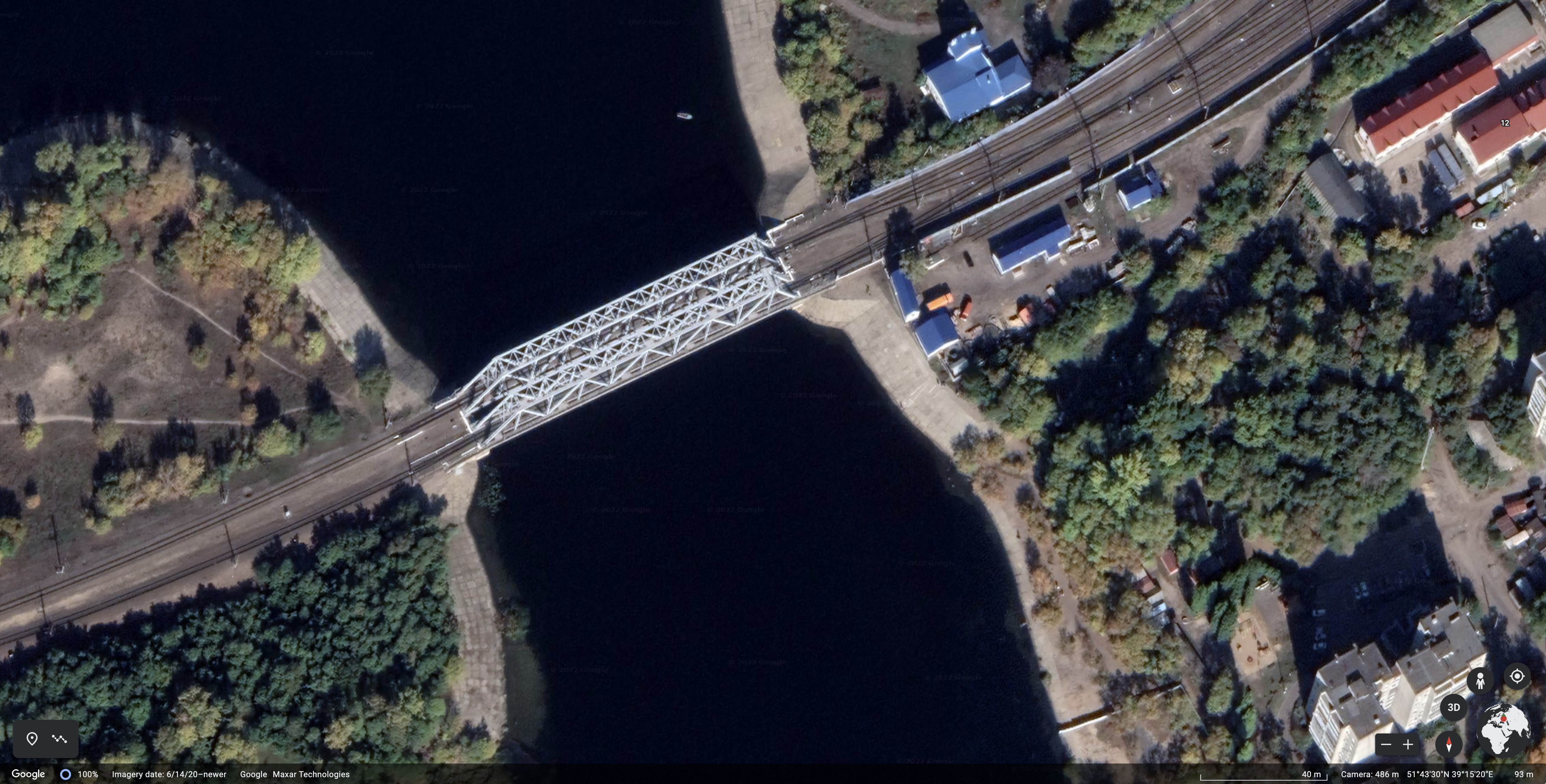 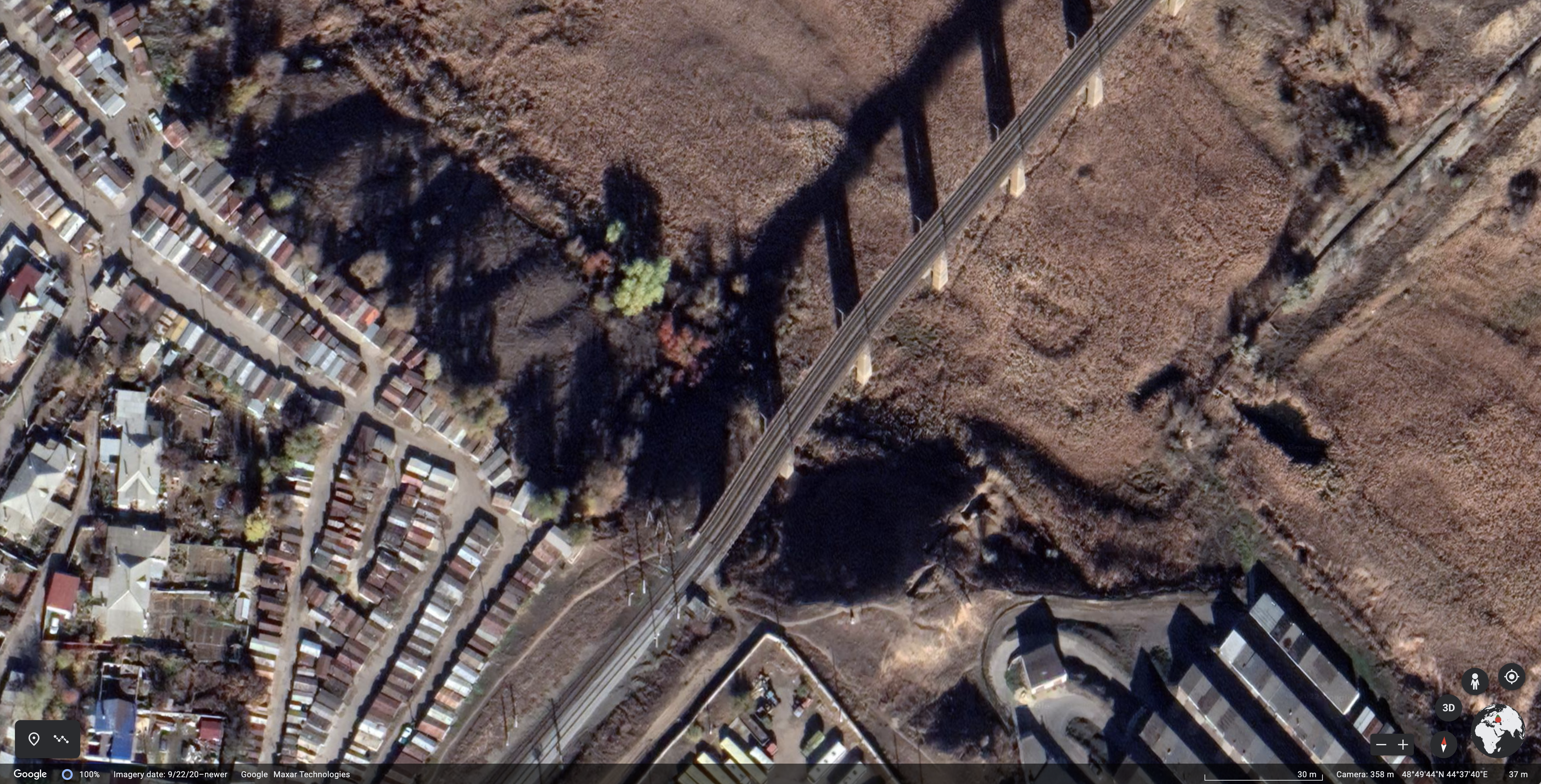 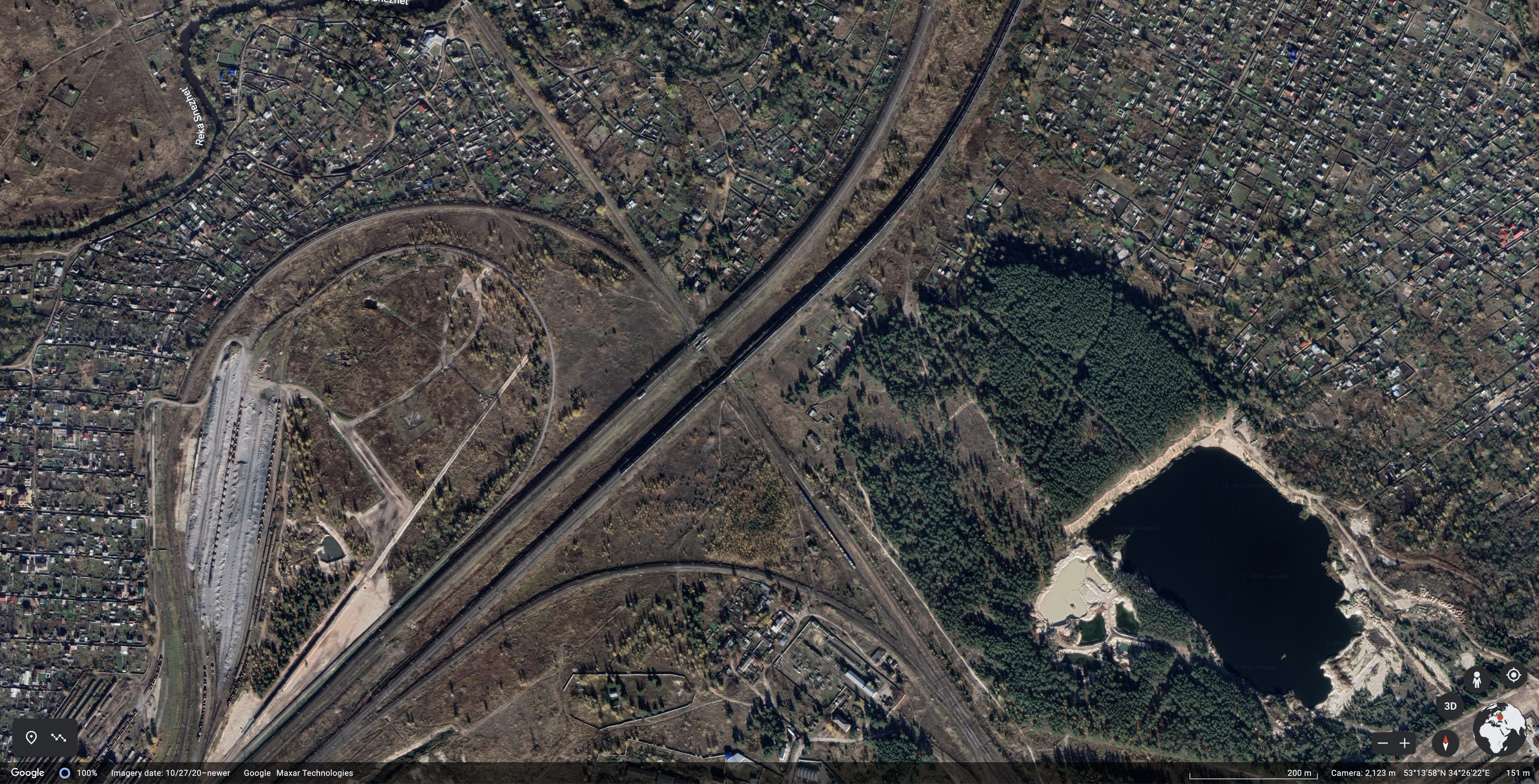 The four bridges all are choke points whose destruction would cause the aforementioned logistical nightmare and require redeployment of large numbers of troops to secure important railway viaducts.

While it might be possible to hijack a train, the better way would be to use Soviet-era Russian high-rail trucks still in the Ukrainian inventory. These 6x6 trucks have hydraulically-operated train wheels which can be lowered to use railways or raised to use roads. Each truck would be completely loaded with fuel and explosives…. several tons’ worth.