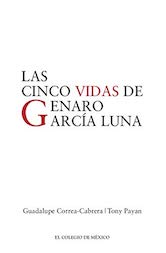 The drug war in Mexico and the relationship between drug cartels and the Mexican political elite has been a subject of interest and contention.  This book is written by Guadalupe Correa-Cabrera and Tony Payan.  Guadalupe Correa-Cabrera earned her PhD in political science from the New School for Social Research in New York and is an associate professor in the New Schar School of Policy and Government at George Mason University.  Tony Payan earned his PhD in political science at Georgetown University in Washington, D.C. and is the director for the USA and Mexico Center for the Baker Institute of public policies in the Rice University of Houston Texas. Payan is also a professor and researcher for the UACJ: Universidad Autónoma de Ciudad Juarez (the Autonomous University of Ciudad Juárez).

The authors make original contributions to the relations between the Sinaloa Cartel and the Mexican political elite.  The authors analyze how involved Genaro García Luna was in the decision to prioritize attacking the Zetas cartel in 2010 (the main enemies of the Sinaloa cartel at the time).  The book also analyses why the United States security forces went from trusting and providing Genaro García Luna and his family a green card to detaining and putting him in trial for drug trafficking.

This book is organized into five main sections with five chapters, with an introduction at the beginning.  As the title suggests the book divides itself into five periods of García Luna’s professional career and life. The first chapter (An Engineer in the CISEN) addresses his early beginnings working for the CISEN: Centro de Investigación y Seguridad Nacional (Mexico’s then intelligence agency) as an analyst.  The first section exposes how García Luna worked in high profile cases for Mexican intelligence including the Zapatista movement in Chiapas and the student strike in the UNAM (Universidad Nacional Autónoma de México or National Autonomous University of Mexico) in 2000.  The authors also note García Luna’s reputation as the “best cop” in Mexico and his successes in kidnapping investigations.

The second chapter (The jump to stardom in the AFI during President Fox’s term) elaborates how García Luna was forced against his will to disband the Policia Judicial Federal (the Federal Judicial Police) and form the Agencia Federal de Investigación – AFI (Federal Ministerial Police).  When García Luna first arrived, he notes most of the force was composed of soldiers and several of them where narcos and he further explains these agents would later turn into the Zetas Cartel.  During this period García Luna finds great success in the anti-kidnapping unit of the AFI and writes a book proposing structural changes to the public security forces in Mexico.  His book gains notoriety in the Mexican media and the incoming president Felipe Calderón decides to put him in charge of Public Security.  The authors note at the end of this section how retired general Tomás Angeles Dauahare warned Calderón about García Luna’s links with drug traffickers before he was put in charge of public security.

The third chapter (The meteorological rise under President Calderón: the SSP and the Federal Police) focuses on Genaro as leader of the SSP (Secretaría de la Seguridad Pública or Public Security Secretariat) as well as his conflicts and struggles with other sectors of the Mexican security apparatus.  The authors expose how the SSP began to be accused of corruption due to high profile cases including that of the Tres Marias in which elements of the federal police tried to kill American federal agents in Mexico as well as a member of the Mexican navy (SEMAR).  The authors explain how García Luna’s expansion of federal forces led to them being corrupted as they stayed in hotels that made them easier to pay-off than soldiers that lived in the military barracks.  The chapter also addresses García Luna’s connections with problematic characters such as Ramón Eduardo who was in charge of monitoring video of El Chapo’s prison cell at the time of his second escape from prison.  The authors also narrate how Calderon was against García Luna’s model of restructuring the security forces under a single command, which led to the model’s failure.  García Luna also attempted to address illegal firearm sales through the UN, but China and the US refused to help add extra weapon restrictions and tracking technology to combat illicit arms trade in Mexico.

The fourth chapter (Businessman and Consultant in Miami) presents García Luna’s transition from public service into his life in Miami—as an academic, businessman and consultant for GIAC consulting.  The authors also note his close working relationship during this time period with Raul Roldán (head of the FBI in the US Embassy in Mexico City) and José Rodríguez (ex-CIA agent and ex-director of the Clandestine National Service for the CIA).  This chapter also expands on García Luna’s academic trajectory in which he created models explaining illicit patterns as well as authored and published a book on Mexican security.

The fifth and last chapter (The Trial in New York) details his arrest in Dallas, Texas for his alleged links with the Sinaloa Cartel.  The authors note how García Luna maintains his innocence and publicly declared the prosecutors would not negotiate a plea deal.  They expose how by January 2020 negotiations with the prosecution had in fact been initiated.  The authors discuss how an open trial could implicate several important actors in the drug war as well as the relations between the state and cartels.  Finally, the authors address the curious change in treatment by the USA government towards García Luna.

This book focuses mainly on interviews with García Luna conducted by the authors.  It also includes secondary sources from other important actors during the studied period including ex-President Felipe Calderón’s memoir.  The authors use unique evidence produced from their methodology to better understand some of the linkages between the government and cartels in Mexico.  The interviews also provide valuable information about the inner workings of the Mexican security system as well as the rationalizations behind strategic choices taken by Mexican leaders during the war on drugs.  The book does not take the task to judge García Luna, but instead presents a complex profile on García Luna and his career path and even a possible explanation into his alleged corruption and ties with the Sinaloa Cartel.

The book does not discuss the investigation done by Univision in 2019 that connected García Luna to the Weinberg family that rented two multimillion properties in Miami to Luna[1] or the Mexican government’s latest efforts to extradite García Luna back to Mexico to judge him for illicit enrichment.  The book could have benefited from a detailed exploration of Jesús “El Rey” Zambada’s (son of Ismael “El Mayo” Zambada, leader of the Sinaloa cartel) accusations against García Luna of receiving 56 million dollars in bribes.  A detailed description of the methodology behind the interviews would serve future academics that wish to engage in interviews with high profile figures of the Mexican government and security forces. Overall, the book provides unique interviews with García Luna that will benefit the overall studies of the war on drugs as well as expose the inner workings of the Mexican security system since the end of the cold war.