Kabul, Afghanistan to Kansas, America The Story of Shakila Nazari

The Story of Shakila Nazari

(Editor's Note: This is the first in a series of stories from and about the people in Afghanistan, those who have escaped and those who seek freedom. We wish to highlight the suffering, sacrifices, and desire for freedom of our Afghan allies as well as people and organizations who are helping to ensure the safety of those left behind and the integration of those who have made it to safety and freedom.)

She was born in a small village where she was not able to go to school until she was eight years old because the Taliban were in power and there was no infrastructure for girls schools. After the Taliban was ousted in 2002, Shakila started fighting for a voice. She had to fight to get an education, attending school in the middle of a field under a makeshift tent school, right outside of the school for boys. Despite the culture and society that was not supportive of a woman in the military, following in the footsteps of family members who served in the U.S. Army, Shakila attended a military school for infantry tactics for four years and was assigned to the justice department of Defense Ministry of Afghanistan. 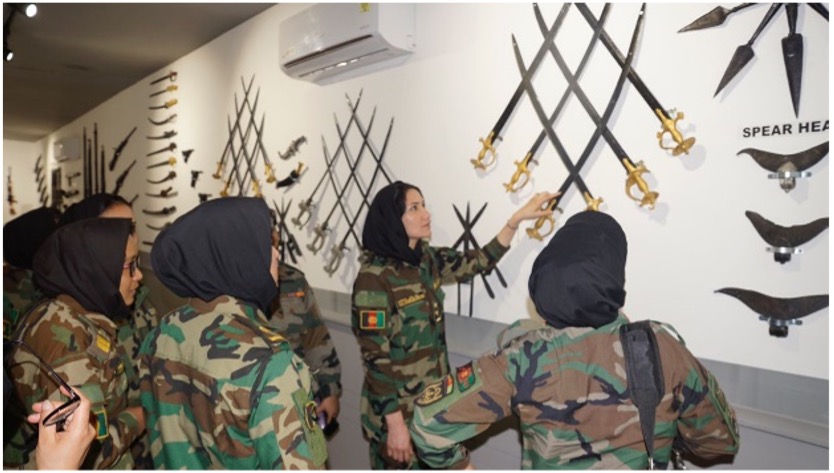 On the 15 Aug 2021, Shakila was the only woman working in her office, when the news broke of the fall of Kabul. She was barricaded in the office and was only let out of the office to run home when the lawyers who were also barricaded in begged and pleaded for the Afghan soldiers to let her escape. With tears streaming down her face, she recalls the soldier saying, “why should you live if we have to die”. She stated she did not have a weapon and if she were to be found, they would cut her up piece by piece, because of her ethnicity and military background. While running through the streets she recalls “I was waiting for one of them to jump in front of me at every turn” while listening to the people on the streets cheer for the control of unruly women by the Taliban.

She sobs, “controlling women means limiting rights for everyone, look at the situation now- no one has a right to live.” Family members were telling her not to stay at their home out of fear of the Taliban searching their homes so every night she had t o move her location as her pictures had been used to recruit other women to join the Afghan National Army (ANA) and were published by the BBC and displayed at the Academy. She was one of eight women in the office of 80, constantly hazed by their male counterparts for their gender, ethnicity, and religious views. Shakila refused to wear a burka and to stay quiet about women’s rights and a woman’s position in the world.  She was targeted for not being sufficiently religious and told by male co-workers that she needed to be controlled. 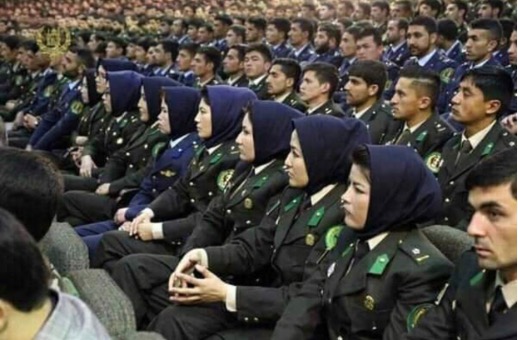 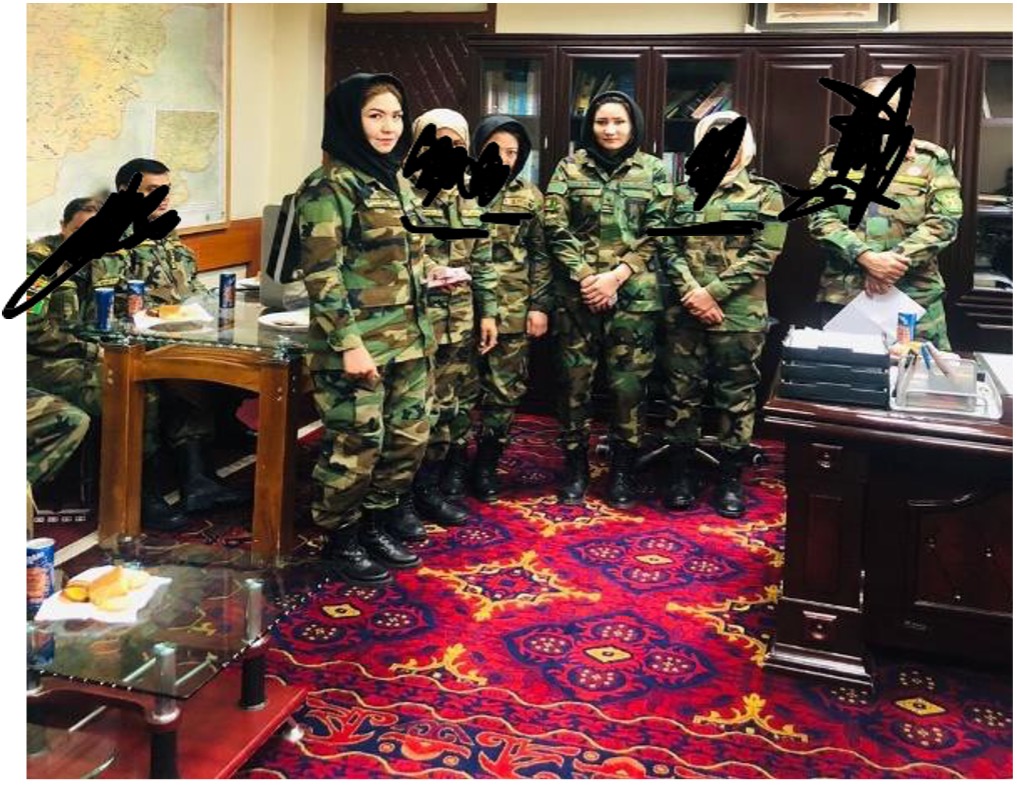 After going to the Hamad Karzai International Airport (HKIA) on three different days, she was bereted and beaten and she watched the Taliban beat any women trying to leave while accusing them of selling themselves to Americans. Despite the danger, threats, and hardship, she was able to lead the extraction operation of her team of 23 people, consisting of Afghan National Army personnel that were trained by or worked alongside U.S. Military forces. Shakila’s group was led by TMS (Team Madame Sam) – group of veterans and friends helping those they deployed with or have personal ties; it seems Uncle Sam is trying to forget our allies, ANA females and their sisters and brothers. They were beaten at the checkpoints and shot at from all directions from the security forces around the airport. While she was being shot at by the Afghan security forces at the gate, one woman was being beaten and when Shakila tried to defend her, the officer started yelling at Shakila, chastising her for the amount of Hazara women she had in her group. She was accused of taking her entire clan, while at the same time beating the other woman. Fortunately, their group was able to get out on the morning of the August 26, 2021, at approximately 10am, just a few hours prior to the bomb going off.

Shakila and her sisters and brother arrived in Wichita, Kansas in mid-November, due to their familial connections in Kansas. Gathering   at the table for Thanksgiving was a mix of somber thoughts and feelings of joy. The little family of siblings embraced the tradition of gathering around holiday lights in the city, watching other kids enjoy time with their parents while they remember theirs. Shakila proudly watched her sisters and brother take selfies next to the giant Christmas tree with a smile but that smile fades when she starts remembering her parents and the Afghan people awaiting help; hungry and freezing while contemplating their future in a new land.

Afghanistan and the Afghan people need people to stand up for them and to not forget them because their voices are being extinguished as seconds pass. The past 20 years, the Afghan people were the ones suffering as various countries came to fight in their backyards. This was not a war the Afghan people asked for, but they are left to pay the price; women, children and elderly while the men are hunted. Shona ba Shona and Spartan Sword are two organizations directly helping the Afghan people with  U.S. military veterans working daily to continue the efforts. Our country is a democracy run by the people and for the people. The repercussions of this humanitarian crisis will affect the minds of our young Americans as they grow, the mind of the American veterans and gold star families who sacrificed soo much and somehow not enough in the minds of our previous and future allies. As Afghans, as American veterans, as active-duty military, as gold star family members, as Patriotic Americans - we ask for the support of the generous and caring American people in ensuring we do not leave our allies behind.  Please consider contributing financially or joining the effort:

America made a promise to stand “shoulder to shoulder” with our Afghan allies. Their lives and our honor are on the line.

Every Afghan who risked their life for our safety will find a safe haven and a new start. Our mission is to Aid, Evacuate, and Integrate.

We are currently supporting the Afghan Relief Mission (ARM).

This humanitarian mission has two parts:

Fatima Jaghoori, is a Hazara Afghan native, U.S. Army OIF veteran, a Kansas State student. She is trying to move one piece of sand at a time during this sandstorm that began Aug 15, 2021. A lover of freedom, seeker of equality, believer in the American Dream, her goal is ensuring the voices of the women in danger in Afghanistan are heard. Shakila Nazari and Fatima are cousins who want equality for women in the U.S. military and Afghan military, despite race or gender. The journey of standing shoulder to shoulder with our Afghan Allies is new but the roots built over the years are deep through empathy, humanity, and understanding. “We can achieve equality and cohesion once we hear one another, together we can be amazing.”