Is the Chairman a Disruptive Thinker?

An article in the most recent edition of the Naval War College Review takes a critical look at the cost of joint reform and offers some interesting recommendations to maintain the benefits of jointness in a fiscally austere environment:

“Jointness represents an inefficient compromise between two schools of thought: on one hand, complete unification of the military, and the other, maintaining a service-centric structure. Joint organizations and processes, many of which were created during periods of practically unconstrained spending during the Cold War and after September 11, 2001, are layered upon the existing overhead of the services.

Over the past twenty-five years many practitioners, elected officials, and scholars have written extensively on the positive and negative aspects of Goldwater-Nichols legislation and the extent of its implementation throughout the Department of Defense. However, a gap exists in the current literature—an assessment of the total cost of implementing and maintaining the current joint structure. This assessment must include the total cost of military, civilian, and contractor support to joint staff work; facilities; additional work levied across the enterprise to support joint processes; and the cost of developing joint products, exercises, and assessments. That total cost of Goldwater-Nichols implementation should then be compared to the benefits derived from twenty-five years of reform to determine if the congressional mandate has provided good value for the American taxpayer.”

The article also highlights the critical role the Chairman of the Joint Chiefs had in stimulating the G-N reform movement 30 years ago:

“In a closed session of the House Armed Service Committee in February 1982, the chairman of the Joint Chiefs of Staff, General David Jones, U.S. Air Force, told Congress that the system was broken and that despite his best efforts he was not able to reform it— congressional action was needed. This testimony was ultimately the catalyst for bringing about the Goldwater-Nichols reform, though it would take nearly five years to garner enough support in Congress, the Pentagon, and the White House to pass the watershed legislation.”

Considering the numerous acquisition debacles, the broken personnel system, and the conduct of military operations over the past decade, will our current Chairman step forward with bold ideas for reform or will he simply defend the status quo in the face of forthcoming fiscal cuts? Could the current national fiscal problems and the public’s mandate to reduce military spending actually force much needed changes in the US Military?

It does not matter if one shows courage or leadership in Iraq or Afghanistan, if they return to meekly let the military industrial complex’s moral corruption continue.

Insurgency Disruption for the Planner

If one believes they are in the Clear/Hold phase and they are taking regular casualties, then I believe a change to disruption would make a difference.

Harnessing the Disruptive Mind of the entrepreneur and investor with
the System Mind of the military and government at the tactical and
strategic level of special operations.

In May a discussion was started here at Small Wars Journal about junior leaders and the role that they can play in the innovative solutions needed for our success in the 21st century.  The opening salvo was written by LT Ben Kohlmann with his article “The Military Needs More Disruptive Thinkers,” and it was followed by SWJ Editor Pete Munson’s response “Disruptive Thinkers: Defining the Problem.”  I wrote about the subject at the USNI Blog with my article “Time to Think…and to Listen” and many more have followed here at Small Wars Journal.

On 6 June, I was invited to speak at Navy Warfare Development Command’s “Junior Leaders Innovation Symposium” in Norfolk, Virginia.  In a day-long event myself, Ben Kohlmann, and LT Rob McFall (a Surface Warfare Officer, author, and member of the U.S. Naval Institute’s Editorial Board) were given a chance to speak along with Flag Officers and academics.  NWDC put on a great event and a lot of good material was presented.  You can visit the website and find the slides that went with the presentations, as well as a lot of reading material like Ben Kohlmann’s article on Disruptive Thinkers from here at Small Wars Journal and Rob McFall’s call for tactical innovation at USNI Blog.

The following links are a series of blog posts based on the remarks that I delivered to a standing room only crowd of 230+ Junior Officers and Junior Enlisted which gathered at NWDC’s headquarters, and the 200+ that joined us online via DCO.  These are based on my prepared remarks, so if NWDC posts the video online you’ll surely find differences (I worked from notes rather than reading directly from the page) as well as some mistakes.  In the first post, “A Junior Officer and a Discovery” I relate the history of Lieutenant William Sowden Sims’ discovery of a new gunnery technique which revolutionized naval warfare, and how he developed the new tactics, techniques, and procedures needed to implement it.  The next post, “The Gritty Truth of Junior Leader Innovation,” we look at what Sims did after developing his idea in order to get the Navy to adopt it.  In the final post, “Expertise, Voice, Grit, and Listening…A Look at the Possible.” we look at what Admiral Sims learned about innovation to apply later in his career, and what we can observe from the history.

A Junior Officer and a Discovery

Expertise, Voice, Grit, and Listening…A Look at the Possible

If you haven’t already, also consider checking out the podcast of Midrats Episode 127, where Pete Munson discusses “Disruption, Disfunction, and Leadership” for an hour.

Innovation in a Small War

We have no more real control over conflict (or the universe) than anyone else, in fact, sometimes we now have less.  If we cannot control, we must adapt.

Disruptive Thinkers: A Face for Radio

Amidst a very busy schedule this weekend, I'll be on CDR Phibian Salamander's weekly radio show, Midrats.  It will be on from 5-6 PM Eastern time on Sunday 10 June (that's 1700-1800 for those of you who are brainwashed and not disruptive).  The topic will be disruption, dysfunction, and leadership.  As my son says, if you don't have haters, you're doing something wrong, so all you supporters and haters tune in for what will either be an exposition of the nuance I see in the disruptive thinkers issue, or an exposition that radio is not as easy as it seems as I fumble for words on my first go-round.  The link to more details on the show can be found here.  Go to that link to figure out how to listen.  It is also available on podcast.

Time: Two Questions, Too Few Answers (A Treatise on Acquisition)

Dan Ward asserts that acquisitions take too long.  But no one knows if he is right.

Brigardier Mark Arnold, an Army reservist and CEO of a multinational manufacturing firm, argues for reforms to the military's personnel system in an essay at Armed Forces Journal.  There are some familiar refrains here.

Today’s best junior officers, those with high talent and a strong calling to service, should become the admirals and generals who testify before Congress and serve as Joint Chiefs in 20 years. Retaining them is vital; losing them hurts our long-term ability to creatively transform the military as security challenges change. The U.S. military must replace its industrial-age personnel processes and insular culture with contemporary personnel and talent management systems that reward innovation. ...

A short list of overdue changes to the military personnel system includes efforts to:

• Promote top performers only when they are selected for higher responsibilities.

• Find and release the worst performers at all levels.

• Give senior leaders responsibility for assessing, hiring and developing talent. 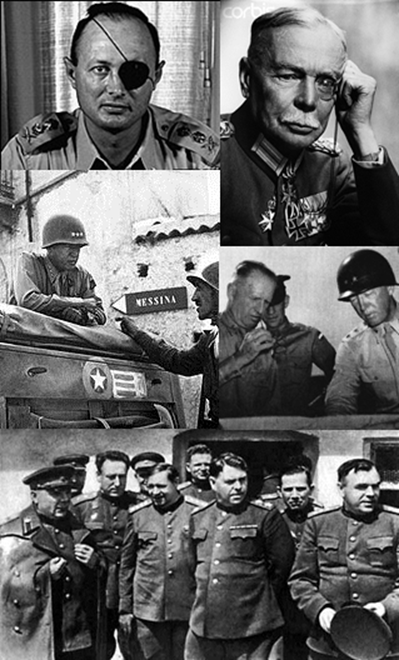 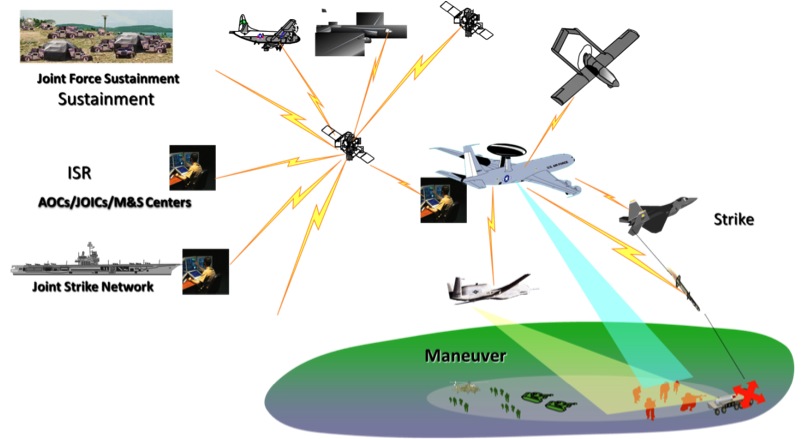 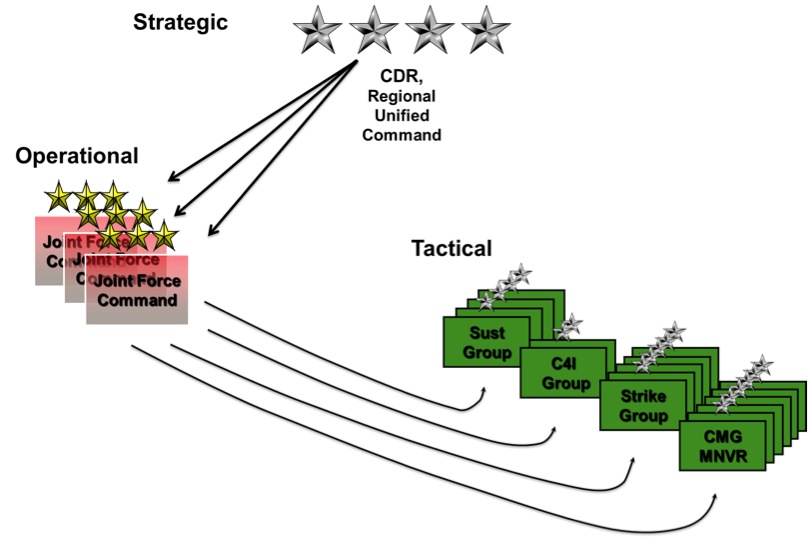 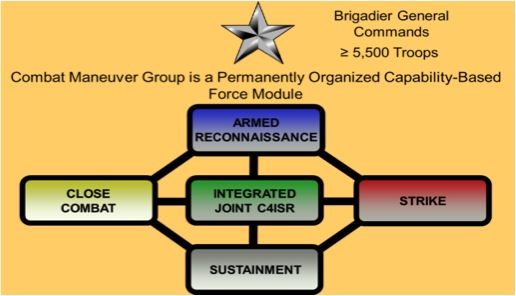