Small Wars Journal–El Centro is proud to announce that SWJ–El Centro Fellow Guadalupe Correa-Cabrera has been promoted to the rank of full professor at George Mason University’s Schar School of Public Policy and Government. 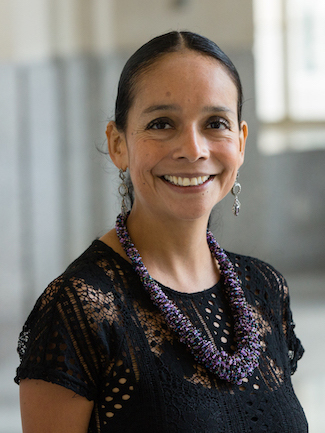 Professor Correa-Cabrera has had a prolific career including publishing the acclaimed Los Zetas Inc.: Criminal Corporations, Energy, and Civil War in Mexico with the University of Texas Press in 2017. The book applies corporate models to Mexican drug trafficking organizations. Over her career she has served as president of the Association of Borderlands Studies and co-edits Oxford University Press’s International Studies Perspectives. She became a Small Wars Journal–El Centro Fellow in 2021.

Some of her recent publications include: “Dismantling Migrant Smuggling Networks in the Americas,” Policy Paper (Belfer Center for Science and International Affairs, June 2022) and “The End of the Mérida Initiative?” Georgetown Journal of International Affairs. Vol.  23, no. 1 (2022): pp, 59–64.

We have been honored to have her write and work with us and wish her the best of luck in the future. Congratulations again on this well-deserved promotion!

Calling to End the Killing of the Clergy: Information Operations of the Cártel de Jalisco Nueva Generación

The assassination of two Jesuit priests in the state of Chihuahua led to calls by the Cártel de Jalisco Nueva Generación (CJNG) to protect priests, teachers, and doctors. I argue that this video is simply another form of information operations utilized to portray the cartel in a favorable light. Information operations are incredibly diverse within Mexico’s organized crime system and can include: digital campaigns to make specific cartels look better, narcocorridos (narco-ballads) to construct mythological personas for cartel members, extreme forms of violence like beheadings to communicate to rivals and the local population, food pantries to win over the local population, and even dispute resolution services to become de facto governors, etc.

Why is Mexico so Dangerous for Journalists?

This essay examines the problem of violence against journalists and media workers in Mexico. We use data on killings collected over the past three decades by advocacy groups to provide an empirically rooted answer to why Mexico seems so dangerous for media workers. The reasons, tied to the country's overall governance problems, lead to impunity, government collusion with drug trafficking organizations, and widespread corruption. Further, we find some issues with collecting and maintaining data by advocacy groups, creating problems of accuracy about the scope of killings in Mexico.

Small Wars Journal-El Centro (SWJ–El Centro) is pleased to announce the addition of two new fellows to the Cadre of El Centro Fellows. 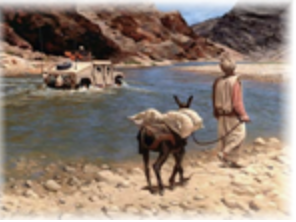 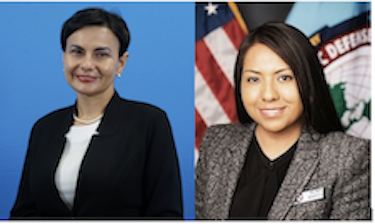 This two-part commentary critiques ADPF 635 (an injunction for infringement of a fundamental principle) in the Brazilian Supreme Court (STF) ADPF No. 635, also known as the "ADPF Favelas Case" limited police action in the favelas of Rio de Janeiro.

Criminal Armed Groups Compete with the State and Each Other

SWJ-El Centro Senior Fellows John P. Sullivan and Robert J. Bunker discuss their recent curated collection Competition in Order and Progress: Criminal Insurgencies and Criminal Governance in Brazil in "Criminal Armed Groups Compete with the State and Each Other" at the Urban Violence Research Network Blog "Word on the Street" today. 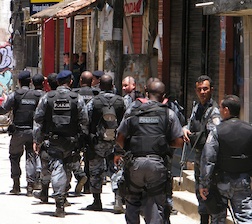 Their curated collection looks at the competition for power among Brazil's criminal armed groups (CAGs). and the state.

Back matter includes a conclusion by the editors joined by José de Arimatéia da Cruz, an afterword by Robert Muggah and Ilona Szabó, and a postscript in English and Portuguese by Carlos Frederico de Oliveira Pereira.  The appendices include works by Paul Rexton Kan, Pablo Baisotti and Alma Keshavarz. The text concludes with a set of recommended additional readings.

Their article "Criminal Armed Groups Compete with the State and Each Other" is at the "Word on the Street" Blog.

John P. Sullivan, "Criminal Armed Groups Compete with the State and Each Other," Word on the Street (Urban Violence Research Network), 14 July 2022. 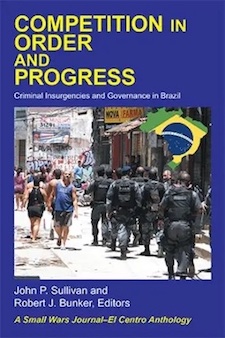 A series of car bombings by criminal gangs in Ecuador demonstrates the challenge of criminal enterprises directly confronting the state. In a recent (29 May 2022) car bombing in front of a police station (Unidad de Vigilancia Comunitaria/Community Surveillance Unit – UVC) in La Florida, Guayaquil, a taxi exploded. The day before, police conducted a controlled removal of an explosive device left in front of a local business. Officials claim the attack was a response to the removal of gang graffiti associated with Los Tiguerones prison gang.

A new and dangerous dynamic is at work around the world today. The new dynamic involves the migration of political power (i.e., the authoritative allocation of values in a society) from the traditional nation-state to unconventional non-state actors such as transnational criminal organizations, Maoist-Leninist insurgents, militias, private armies, enforcer gangs, and other modern mercenaries. These actors promulgate their own rule-of-law and have the capability to seriously threaten the security and well-being of the global community. That hegemonic activity must inevitably result in an epochal transition from the traditional Western nation-state system and its values to something else dependent on the values—good, bad, or non-existent—to the winner.