A series of car bombings by criminal gangs in Ecuador demonstrates the challenge of criminal enterprises directly confronting the state. In a recent (29 May 2022) car bombing in front of a police station (Unidad de Vigilancia Comunitaria/Community Surveillance Unit – UVC) in La Florida, Guayaquil, a taxi exploded. The day before, police conducted a controlled removal of an explosive device left in front of a local business. Officials claim the attack was a response to the removal of gang graffiti associated with Los Tiguerones prison gang.

A new and dangerous dynamic is at work around the world today. The new dynamic involves the migration of political power (i.e., the authoritative allocation of values in a society) from the traditional nation-state to unconventional non-state actors such as transnational criminal organizations, Maoist-Leninist insurgents, militias, private armies, enforcer gangs, and other modern mercenaries. These actors promulgate their own rule-of-law and have the capability to seriously threaten the security and well-being of the global community. That hegemonic activity must inevitably result in an epochal transition from the traditional Western nation-state system and its values to something else dependent on the values—good, bad, or non-existent—to the winner.

Anti-mafia prosecutor, Marcelo Pecci from Paraguay was assassinated on a beach in Barú, Colombia near Cartagena while on his honeymoon with his wife who witnessed the murder. The attack—with the hallmarks of a “transnational hit”—occurred on Tuesday, 10 May 2022 when a pair of attackers infiltrated the beach riding a jet ski. Pecci specialized in prosecuting transnational organized crime and narcotics trafficking cases.

A gang of about 30 armed criminals attacked an armored car company’s place of business in Guarapuava, Paraná (PR) at approximately 2200 hours (10 PM), Sunday 17 April 2022. The quadrilha (gang) used “Novo Cangaço” tactics, including explosives, blockades, and the use of hostages as “human shields.” They directly confronted police in the early stages of the robbery/assault to inhibit their response activities.

Commentary by SWJ−El Centro Fellow Jonathan D. Rosen on the arrest and extradition of Juan Orlando Hernández, the former president of Honduras. The indictment and arrest reveals the intricate state-organized crime nexus in that Northern Central American Country.

New Global Cities in Latin America and Asia: Welcome to the Twenty-First Century

Small Wars Journal−El Centro Fellow Pablo Baisotti has published a new book New Global Cities in Latin America and Asia: Welcome to the Twenty-First Century.  The book assesses the role of global cities while examining their social difficulties: organized crime, drug trafficking, slums, and economic inequalities. Dr. Baisotti includes researchers from a range of fields to interpret the role and future of megacities in Latin America and China. 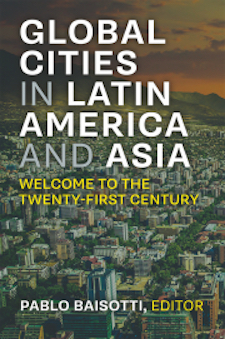 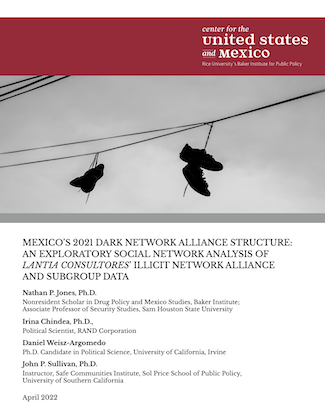 Abstract: This paper assesses Mexico’s organized crime alliance and subgroup network structures. Through social network analysis (SNA) of data from Lantia Consultores, a consulting firm in Mexico that specializes in the analysis of public policies, it demonstrates differential alliance structures within Mexico’s bipolar illicit network system. The Cártel de Jalisco Nueva Generación’s (CJNG) alliance structure is top-down and hierarchical, while the Sinaloa Cartel is denser, particularly in the broader Tierra Caliente region. Additionally, our analysis found a sparse overall network with many isolates (organized criminal groups with no relations to other groups) and disconnected components. Further, we identified organized crime networks that might fill future power vacuums based on their network positions, following state or rival high-value targeting of major cartels. The implications of these findings are discussed, and policy recommendations are provided.

Third Generation Gangs Strategic Note No. 47: Woman with a Baby Arrested at Novo Rio Bus Station for Transporting a .50 Caliber Anti-Materiel Rifle in Her Luggage to Comando Vermelho Norte

On 30 March 2022, a woman with a baby was arrested by at the Novo Rio Bus Station for transporting a .50 caliber anti-materiel rifle in her luggage. Her husband is a fugitive and one of the leaders of the Comando Vermelho Norte (Red Command North) in Belém, Pará, Brazil. The arrest was carried out by civilian police officers of the Delegacia de Repressão a Entorpecentes (DRE – Drug Enforcement Division). The transportation of illicit items such as weapons, narcotics, and cash by females with young children accompanying them is a common gang and cartel trafficking method meant to throw off authorities.