The attack took place late Thursday as the seven vehicles carrying the paramilitary gendarmerie officers were on patrol in Ocotlan, Jalisco state, federal police said in a statement.

Eight other officers were wounded, including one in serious condition in the town of 93,000 people.

It was the deadliest shooting for the gendarmerie, a 5,000-strong unit modeled after European military-like police forces that President Enrique Pena Nieto launched last year to protect key economic sectors from organized crime.

“We have regrettably had minor losses of one officer in some other events,” but never so many in a single attack, a federal official told AFP.

A gendarmerie commander deployed in Jalisco said the officers were checking on reports of an attack on municipal police when they were ambushed.

The police statement said the officers were on patrol around 9:15 pm (0315 GMT) when a vehicle approached the convoy and “without uttering a word, one of the individuals pulled out a large weapon and shot at the federal agents.”

The officers shot back and more gunmen arrived in about 10 other vehicles, firing in all directions.

“As a result of this clash, we report the deaths of five gendarmerie division officers and three civilians whose bodies had cartridge belts and tactical equipment and who presumably are part of organized crime,” the statement said.

“We regret the death of two civilians,” it added. The bodies were in the same firing line as the officers.

The suspects kept shooting as they fled the scene, leaving bullet holes in vehicles parked on several neighboring streets.

The federal attorney general’s office will investigate the attack.

The statement did not specify the suspects’ criminal gang affiliation, but the region is home to the Jalisco New Generation drug cartel.

The group emerged in 2010 after the death of Ignacio Coronel Villarreal, alias “Nacho Coronel,” the top leader in Jalisco for the powerful Sinaloa drug cartel… 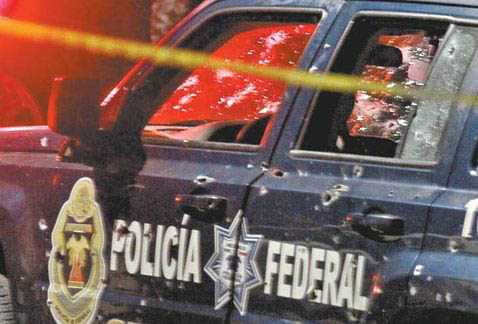 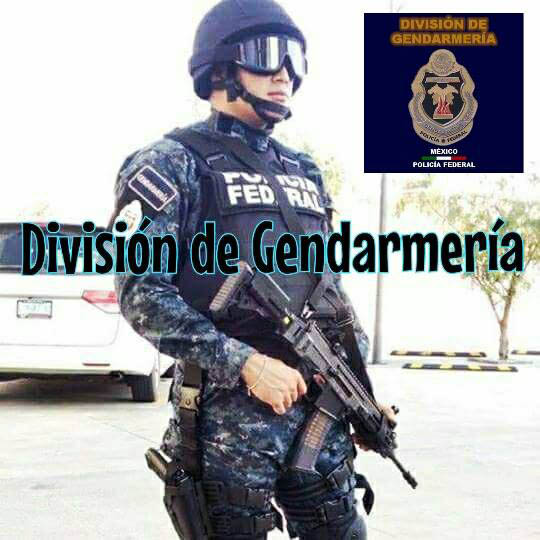 Where: In a neighborhood of Octolan in the Mexican state of Jalisco which is about 50 miles south-east of Guadalajara.

Why:  To drive the Gendarmerie out of drug gang/cartel held territories in order to protect this turf from Mexican federal government interference so that illicit economic activities—including extortion and street taxation—may continue; ensure cartel impunity and quasi-political control over cartel controlled lands.

Synopsis: A convoy of seven vehicles containing Gendarmerie, militarized Federal Police, were engaged in a nighttime patrol of Octolan—a town controlled by the Jalisco New Generation Cartel (CJNG).  The convoy received a report that local (municipal) police were being attacked and responded to the incident. As the convoy passed a white car parked on the side of road at 9:15 PM, a cartel gunman inside of it opened fire with a machine gun on the passing Gendarmerie vehicles and their occupants. Immediately upon execution of the planned ambush, about 10-12 cartel vehicles drove up and surrounded the convoy. Cartel gunmen opened fire with assault weapons and also lobbed fragmentation grenades at the Gendarmerie unit. The engagement between the opposing forces lasted for about 30 minutes and spilled onto several streets with nearby buildings and vehicles being hit by gunfire. While not mentioned in news reports, it is assumed that responding Federal Police and/or Military units in the area helped to drive the attackers away. Reportedly 2,000 shell casings were said found at the primary ambush scene. Five Gendarmerie were killed, 8 wounded, and a number of their vehicles were heavily damaged. Three cartel gunmen (wearing cartridge belts and tactical gear) and two (or three) civilians were also killed in the firefights. Mexican authorities recovered 7 large weapons (e.g. assault rifles), 4 fragmentation grenades, and 5 vehicles belonging to the cartel gunmen.

Analysis: This is the first incident in which President Enrique Pena Nieto’s new 5,000 person strong Gendarmerie—established in August 2014 to combat economic crime—has suffered a large loss of personnel at the hands of cartel forces.  It supports the ‘criminal insurgency’ view of cartel activities as opposed to more traditional organized crime perspectives. Criminals, even organized ones, will typically seek to avoid direct confrontations with the police. They do not seek to supplant sovereign state authority or institutions or attack governmental forces like an insurgent force would do.  The incident is not unique. Numerous ambushes of Mexican police by cartel criminal-soldiers have taken place over the years. In one incident in February 2013 in Apaxtla, Guerrero, 9 state police officers were killed and 1 wounded. In that incident, 30 cartel gunmen in 10 vehicles ambushed the police at 9:30 PM on the road leading to Tepoxtepec.  After a 20-minute long firefight, responding police units were able to drive the cartel force away. In another incident in March 2012 on a road leading to Teloloapan, Guerrero, a group of state and local officers traveling in 6 pickups were attacked by a narco commando. The ambush resulted in 12 officers killed and 11 wounded.