Book Review: Narco-Cults: Understanding the Use of Afro-Caribbean and Mexican Religious Cultures in the Drug Wars

Book Review: Narco-Cults: Understanding the Use of Afro-Caribbean and Mexican Religious Cultures in the Drug Wars 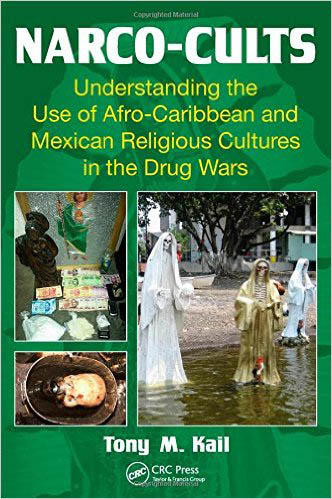 The author, Tony Kail, is a former law enforcement officer and subject matter expert (SME) on Afro-Caribbean spirituality. For about five years (at the time the book was finished in July 2014), he has been branching out into research and training related to Mexican narco-saints and the drug war of which they are a part. His earlier publications include A Cop’s Guide To Occult Investigations (Paladin Press, 2003) and Magico-Religious Groups and Ritualistic Activities (CRC Press, 2008).  For disclosure purposes, the reviewer knows the author, has drawn upon his expertise in the past for FBI/PFI Futures Working Group (FWG) related projects, and in fact has suggested to him he undertake a work such as this one related to Mexican narco spirituality to help fill a much needed research and informational gap. The author has masterfully done just that with no holds barred with respect to the graphic imagery provided of the atrocities committed by the drug gangs and cartels linked to their dark magico-religious activities. 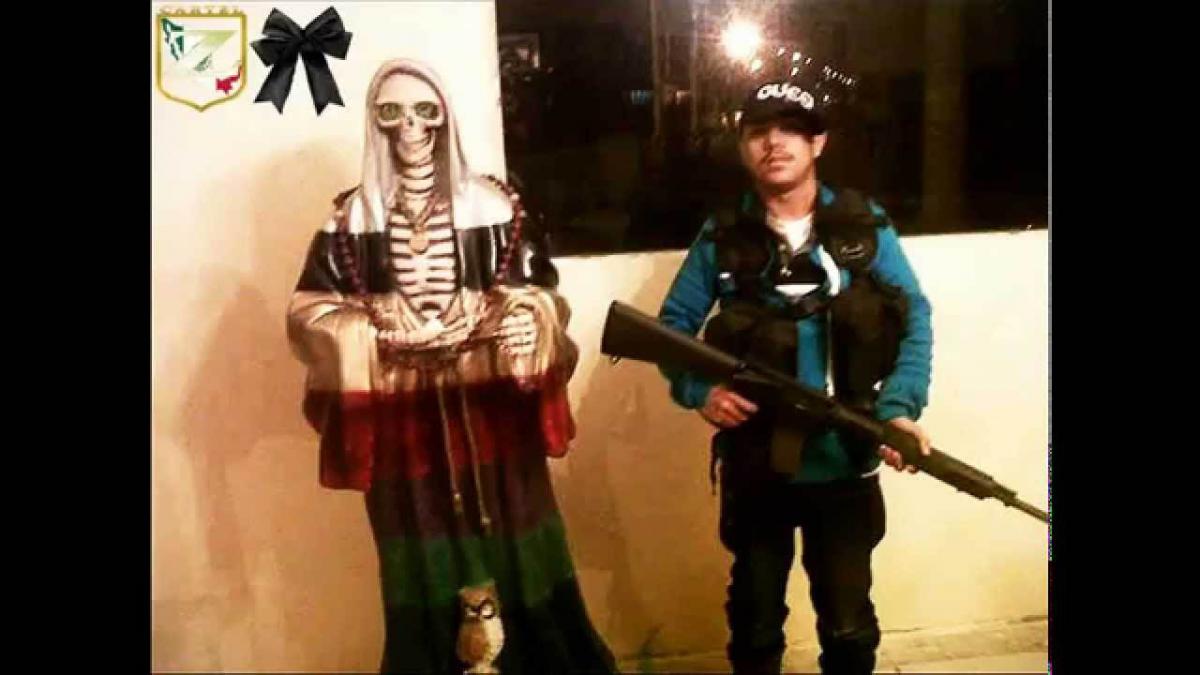 The work is divided into ten chapters, a foreword, preface, acknowledgments, about the author, closing comments, glossary, and an index. Additionally, the foreword is provided by Small War Journal—El Centro Fellow Sylvia Longmire.  The chapters are as follows:

• Chapter 3: The role of religious culture in narco-cult investigations

The most important chapters in the work are those that provide the new Mexican narco-cult related information. Those are Chapters 1-3, 6, and 8-10. Chapters 4-5 and 7, while of interest, have information that can readily be found in Kail’s earlier works. Their provision in this work has been made due to the overlaps and interactions between drug trafficking organizations and the syncretic nature of magico-religious practices that result in ‘spiritual mashups’—cases in point being the 1989 Matamoros, Mexico narco-satanico killings which blended Afro-Caribbean and Latin American religious practices together and the more recent instances of Mexican cartel members hiring Voodoo practitioners to cast spells on rival cartel members. The religion/spirituality focused chapters each follow a common structure that introduces the subject matter and then provides historical background and describes the belief system. Saints and/or deities are then covered along with group specific information (eg. structures, spells , rituals, and incidents), followed by cultural terms and references. 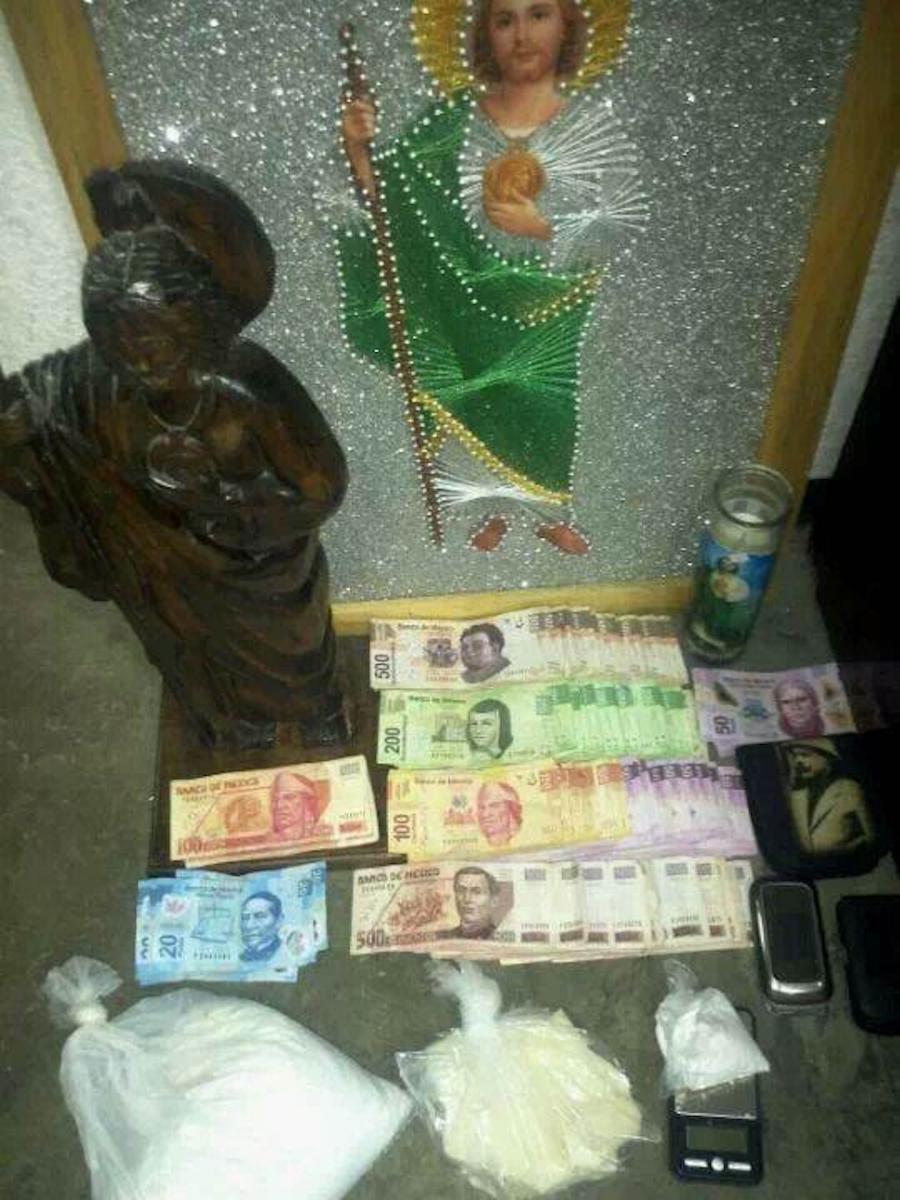 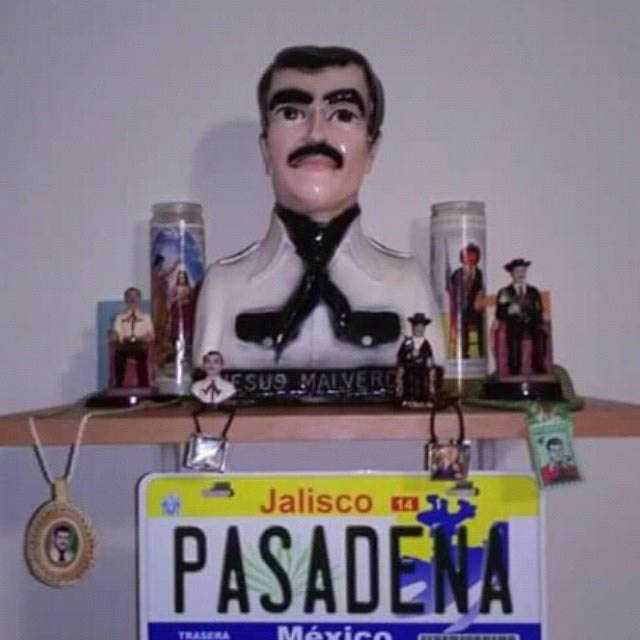 The extensive imagery of icons, logos, shrines, artifacts, and incident scenes provided in the work is important for law enforcement narcocultura, narco-saint, and cartel recognition purposes. Additionally, the torture-killing and shrine desecration photos bring home to the reader the very dangerous reality from an officer safety perspective of interacting with drug gang and cartel members. While the dangers of such interaction in the US can still be normally considered low to at times moderate in nature, in Mexico the killing of law enforcement officers is extremely common as is the wholesale corruption of entire police forces in cartel owned towns and cities. Additional practical field relevant information is provided in Chapter 10; such as investigations that draw upon cultural understanding, traffic stops, interviewing subjects, U.S. case law involving narco saints, and related intelligence matters.

In summation, the work is not sugarcoated or sanitized—it represents an accurate and graphic description of life on the street in many parts of Mexican and even sporadically inside the United States as it relates to criminals who have fully embraced the darker side of narcocultura. Kail does what he intends to do in the book—that is, to provide a highly useful resource that will educate and inform law enforcement officers who have found themselves up against the violent cultures (on both physical and spiritual levels) of Afro-Caribbean and Mexican drug gangs and cartels. The book will also have great utility for academics, policy analysts, and U.S. military and intelligence analysts conducting Mexican cartel and drug war research.

The views expressed in this book review are those of the author and do not necessarily reflect the official policy or position of the Federal Bureau of Investigation, the U.S. Army War College, or the U.S. Government.