Note—Photos of recovered cartel car bomb borne IEDs are relatively rare in Mexico. This incident dates back to 10 January 2012. It is somewhat reminiscent of recovered IEDs found in Iraq—however of a lesser tactical lethality.

Who:  Mexican cartels; either the Zetas or the Gulf/Sinaloa cartels who are locked in a conflict over this region.

What:  Failed car bombing attempted based on an IED placed in the trunk of a 1989 Chevrolet Corsica. The driver of the vehicle parked the car next to a police building in the evening and then got into a compact vehicle that quickly drove the unidentified man away. The vehicle was identified as a possible threat to the facility/personnel and Mexican military and police ordnance disposal/bomb squad personnel subsequently disarmed the IED that it contained.

Why: This was an attempted attack on the Tamaulipas state police (see analysis). 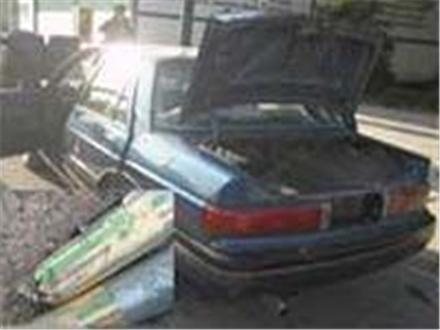 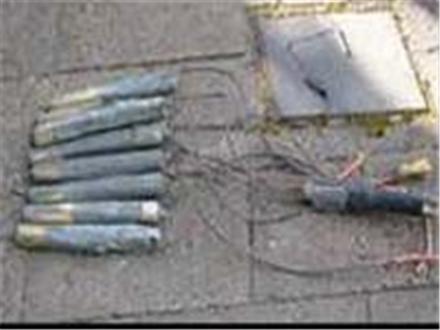 Tactical Analysis: Very basic car bombing attempt utilizing a limited yield device— an IED in the trunk of a car as opposed to a fully evolved VBIED— that apparently failed to detonate. The primary intent of the aborted attack was for threats & warnings and psychological warfare/terrorism purposes directed at the

Tamaulipas state police. The anti-personnel and somewhat limited anti-infrastructure/anti-vehicular effects of the detonation (blast and fragmentation) would only be considered a collateral/secondary outcome in order to generate ‘terror’ and ‘ambiguity’ concerning follow-on attack potentials— even though immediate pedestrian and glass fragment casualties to those in nearby buildings may have been significant. This is very much an insurgent TTP directed at Mexican state authority.

IED Photographic Analysis:  Based upon the available photograph, the quality of which is poor, the bomb maker appears to be using a form of dynamite; which for the purposes of this analysis is going to be assumed to be between 40% and 60% straight dynamite.  There appears to be at least 10 sticks present, as some appear to be underneath others in the photograph. Without greater photo clarity, the dynamite in question may be commercial, military, or even a hand assembled / packaged explosive.  As the reader will note, the sticks within the package are not bundled together.

It should also be emphasized that, based upon the assembled explosive package as it is shown in photograph No. 2, questions are present regarding the potential for complete detonation of the package and, consequently, the skill level of the maker.

There are a couple of possibilities that exist regarding the intended method of detonation on the part of the bomb maker:

It is important to note that the above analysis is based in part upon the format of the device as presented in the photograph.  It (the device) may or may not have been in this format when originally discovered in the vehicle.  It is possible that the sticks were originally bundled together, and that the person or persons rendering the device safe cut and removed the ties, tape, or wrappings prior to the taking of photographs.   This may have been warranted as part of the “render safe” process.

If the device in this case was properly formatted, and a total of ten sticks of 60% dynamite were present, the blast would have been substantial; obliterating the rear section and approximately 90% or greater of the vehicle’s body.  Structural and operational components of the vehicle above the chassis would become shrapnel.  Significant structural damage would have occurred to the closest adjacent buildings and windows within 100-meters or greater would have been blown out or damaged.