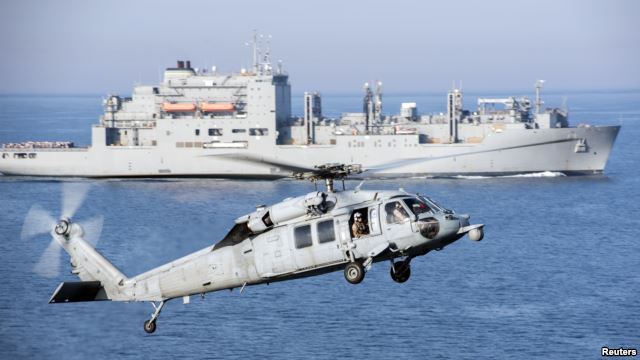 The U.S. military has been conducting joint patrols in the South China Sea with the Philippines and is increasing its presence on the archipelago with rotational forces and equipment, U.S. Secretary of Defense Ash Carter revealed Thursday.

Speaking at a news conference in Manila with his Filipino counterpart, Carter said the first South China Sea joint patrol was carried out in March. Defense officials said a second joint patrol was completed in early April.

The Philippines is now the second country, after Japan, with which U.S. forces have conducted joint patrols in the sea, a defense official said.

“Our planners are examining ways on how to make such patrols part of our regular activities,” Philippine Defense Secretary Voltaire Gazmin said at the news conference.

The announcement comes amid concerns by the U.S. and others about China's aggressive actions over disputed territories in the South China Sea.

China claims almost the entire waterway and has created some 1,200 hectares of artificial islands there. Brunei, Malaysia, the Philippines, Taiwan and Vietnam also have claims to parts of the waters.

Carter said maritime security concerns in the region are being caused by "Chinese behavior, not America."

“We’re trying to tamp down tensions here,” Carter said. “That isn’t in order to provoke anything."

Carter said hundreds of U.S. troops and about 10 aircraft will remain in the Philippines immediately after annual joint Balikatan exercises conclude on Friday.

About 200 U.S. airmen from multiple Pacific Air Forces units are being deployed with three HH-60G Pave Hawks, five A-10C Thunderbolt IIs and an MC-130H Combat Talon II to Clark Air Base on Luzon island through the end of the month.

The airmen "will continue joint training, conduct flight operations in the area, including the South China Sea, and lay the foundation for joint air patrols to complement ongoing maritime patrols,” Carter said. 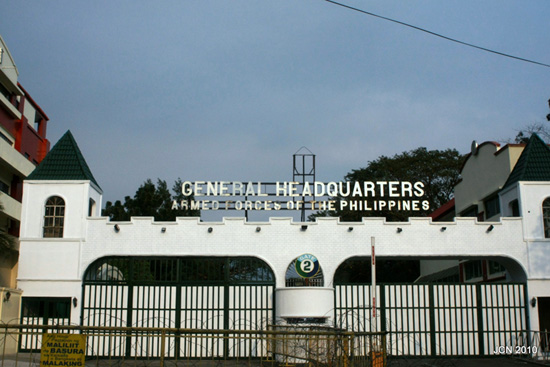 In addition, up to 75 U.S. military personnel will stay at Camp Aguinaldo, just east of Manila, to work on interoperability between the two militaries and enhance joint command and control capabilities. A defense official said the forces at Camp Aguinaldo would be primarily Marines.

These rotational forces will have “routine follow-ons” by other U.S. troops, according to a senior defense official. Carter described the U.S. presence as “regular" and “periodic."

“With a presence here, it will deter uncalled for actions by the Chinese,” Gazmin added.

Other types of aircraft also could be deployed for a rotation in the archipelago in the future, another defense official said.

The United States will provide the Philippines with an aerostat reconnaissance blimp and outfit a Philippine Navy patrol vessel with upgraded sensors to survey surrounding waters. 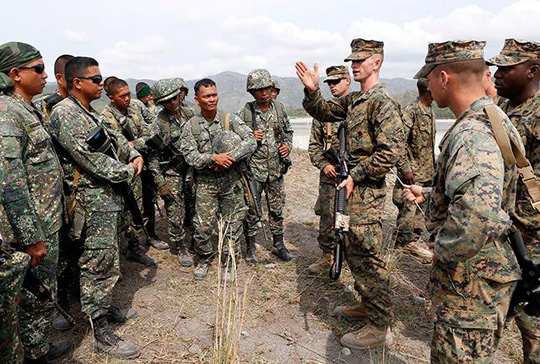 It also will help modernize the Philippines National Coast Watch Center and enhance a joint information network to allow the sharing of classified communications between the U.S. Pacific command, based in Hawaii, and key Philippines maritime command centers.

“This will be an important boost for Philippine maritime domain awareness and their ability to see what’s happening out there past their coasts,” a senior defense official said.

The Philippines is receiving about 80 percent of the $50 million allotted for the Maritime Security Initiative's first year, according to a senior defense official.

The five-year, $425 million program is aimed at assisting Southeast Asian nations in improving their naval and coast guard capabilities.