The third of a series of blog posts on Urban Disasters: Readiness, Response, and Recovery by Russ Glenn. 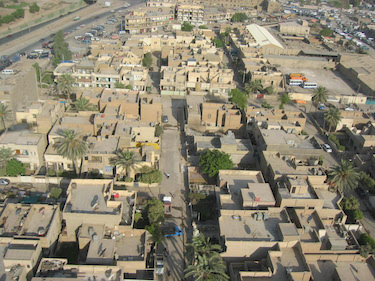 This is the third of four posts addressing preparations for urban disaster. Key points noted in the duo of previous offerings are as follows:

Key Point #1: Preparation for any urban disaster helps to prepare an urban area for catastrophes regardless of cause or type.

As was the case in Hamburg, Germany, pre-World War II London confronted a threat little anticipated even a generation before: Massive bombing attacks from the air. World War I London had not been without them. German zeppelins struck as early as 1915 with seemingly monstrous Gotha bombers dropping ordnance beginning in June 1917. Improved observation and reporting using wireless communications, however, soon aided in establishing effective interception of these threats. Combined with employment of barrage balloons and anti-aircraft fires that forced German aircraft to fly higher (and thus bomb less effectively), these adaptations had largely ended the threat to England and its capital by May 1918.[1] The British were not ignorant of the enemy likely adapting during the years following the Great War, however. Writings of Giulio Douhet and others, to include calls for use of poisonous gas, demanded government officials ready for far worse as tensions with Germany again rose. Officials in the capital responded. As London’s Daily Expressreported in February 1938,

Great doings in Paddington last night…. Mythical enemy bombers wrecked houses, ripped (in theory) fifteen foot craters in the road and sprayed the Borough with mustard gas…. Girls who have been ‘burned’ by mustard gas were rushed to the first-aid station in Paddington Central Baths. The first thing to do is to remove contaminated clothing. The organisers had previously warned “casualties” to wear bathing costumes underneath.[2]

Not everyone agreed with the need to prepare, however. “Lot of tommy rot! Won’t be no air-raids here. All this [is] silly play-acting,” one of the make-believe casualties heard another protest. “They had voiced the thoughts of many who believed what they wanted to believe,” academic Philip Ziegler would later write. “There would be no air-raids on England! It was unthinkable.”[3] Not until the initial efforts to evacuate four million children and their mothers did the reality of the danger begin to take hold with the doubters. Resistance continued nevertheless, in part because the plans were created “by minds that were military, male, and middle-class” and thus considered less sensitive to the concerns of evacuees and family members left behind.[4]

Ziegler went on to observe other shortcomings:

The system could only be as good as the people who operated it. It had been a mistake to put air-raid relief into the hands of Public Assistance, manned as it was by officials who were used to people on the dole and behaved with some hauteur when dealing with the public. F. R. Barry, who had been bombed out of his canon’s lodging in Dean’s Yard, Westminster, applied for help “to a spotty young man enjoying a brief authority. I found that interview most enlightening. “Address?” “I have no address at the moment.” That was enough; we were homeless persons and could therefore be bullied and put in our proper places.[5]

(Choosing those who interface with the urban public is not a trivial matter. It is one that can bolster support for public safety efforts and the administration behind them or otherwise. Knowing that some residents, particularly those who might have reason to distrust unfamiliar official representatives either because of experiences in home countries or otherwise, San Francisco wisely tasked familiar faces—those of neighborhood health and safety inspectors—to gage the needs of damaged communities after a severe deluge of rain in January 2004.)[6]

“Spotty” (of dubious quality) the above young man might have been, but the job wasn’t easy for even those less taken with their sudden authority. Families and officials alike could find it hard to locate others who, like Barry, no longer had an address to return to. Wardens also sought to determine who lived where before they might be rendered homeless so that they would know who was perhaps within a collapsed structure. Some occupants resisted, believing the requests for information were a violation of their privacy. Some were instead difficult to track for other reasons. One woman stated that she was cohabitating with a man but admitted that she couldn’t provide a name (and, therefore, an address) “because it was never the same one.”[7]

What later became the subject of signature Blitz images—Londoners sleeping in the subway—was at first resisted by officials. Eventually good sense prevailed, permitting people to shelter in what in retrospect seems a near-ideal location. In one of those tough to foresee higher-order challenges, however, the same authorities couldn’t solve the resultant mosquito problem. Warmed by the all-but-constant presence of humans, the insects never found it necessary to hibernate as they otherwise would have in colder temperatures.[8]

As early as the 1920s, senior leadership in Japan expressed concerns regarding the possible bombing of the home islands from Alaska’s Aleutian Islands, Siberia, or coastal China. The response of Tokyo’s residents to the devastating earthquake of September 1, 1923 stirred concerns further. Breakdown of law and order (to include, as mentioned in the previous post, the spurious blaming of Koreans for the fires that broke out subsequent to the tremors); widespread violence (no little of it directed at and resulting in the murder of those Koreans); the inability of police or military to regain control for several days; and delays in providing food, water, medical care, and other forms of aid inspired apprehensions that future aerial bombardment would lead to a collapse of social order. General Hanzo Yamanashi, appointed head of the martial law headquarters overseeing the government’s response to the quake, made an observation consistent with our Readying for Urban Disaster Key Points 1 and 2 (as restated at the top of this post). Writing in 1924, Yamanashi submitted a report to the Army Ministry suggesting that no other event had better “introduced the citizens of Tokyo to the harsh realities of war” than the calamity of the year before. He suggested that the quake, fires, and challenges in responding provided an opportunity to both residents and authorities to prepare for future wartime threats. “The Army Ministry should not let this opportunity pass by,” he wrote, encouraging spreading of “concepts of national security amongst the population.”[9]

That urban authorities do not seize on such opportunities as often as they might does not diminish the value of their lessons. Wiser yet: taking advantage not only of lessons drawn from their own disasters, but also others from elsewhere. Los Angeles regularly conducts readiness exercises during political gatherings, sports celebrations, and otherwise. Houston, knowing the city is vulnerable to hurricanes’ visits, had studied New Orleans’ response to Hurricane Katrina in 2005 and was better prepared for Hurricane Harvey when it struck twelve years later. The benefits of learning lessons and using them when planning; rehearsing; and circulating lessons are obvious when one realizes Louisiana’s post-Katrina federal recovery funding of some $120 billion came to over three times the state annual budget.[10] Many readers are aware that New York City (NYC) exchanges information and maintains close relations with London and other major cities worldwide, that in the interest of mutual security. Less known: those relationships have a long history. Readying for possible attacks during WWII, NYC sent fire department representatives to the British capital to learn how to deal with incendiary bombs. New York also took lessons from London regarding the evacuation of children and put plans in place should departure be necessary.[11] Today’s Michigan Army National Guard Task Force 46 provides a valuable example of another sort. Responsible for chemical, radiological, nuclear, and biological attack preparation and response, its soldiers routinely partner with other military units; fire, police, medical, and additional responders; and other key personnel from both American and partner nations to create scenarios and conduct exercises in urban areas around the country in the service of compiling insights to improve urban disaster readiness.

Key Point #4: Plans must be executable.

Among the many benefits of rehearsals is the opportunity to identify what can make plans better executable, a function in part of “red teaming” (troubleshooting or playing devil’s advocate as noted in our first post) and encouraging mission command thinking even during the planning process. A plan might be completed in excruciating detail, but it provides little value if it is so overwhelming that those responsible for its execution never read it or find it incomprehensible. In short, making plans is not the same as being prepared. The totality of disaster guidance for Memorial Hospital in New Orleans ran to nearly three hundred pages pre-Hurricane Katrina. Yet it failed to cover basic elements of preparation and had not been sufficiently tested.

Key Point #5: No plan will survive contact with the disaster.

“No plan survives contact with the enemy.” Attributed to Prussian General Helmut von Moltke (“the Elder”), it means that while plans might be essential to preparation, the best must be flexible and designed to be molded to the unpredictable and unexpected. It is a truth as applicable to disaster planning as that for combat.

Key Point #6: Information is the currency of success.

Twenty-five-year veteran of the Los Angeles Fire Department Brian Humphrey recalled, “people want to help in a crisis and the currency is not dollars. It’s information…. Every citizen is a communicator or contributor.”[12] Cities are seas of knowledge and information; megacities, it follows, are oceans. We have noted that the greatest knowledge lies within the urban area’s citizenry, authorities, and local aid organizations. Who better knows an apartment building than its manager or long-time doorman? A neighborhood than a local store owner or long-time beat cop? Their knowledge can be invaluable to successful planning. Their participation is critical to successful disaster response, which leads us to key point #7.

It goes without saying: designated emergency responders and those they work with are fundamental to readying for urban disasters. Systems that complement their efforts such as tracking of pharmaceutical orders showing disturbing spikes in maladies, medical algorithms tracking symptoms, or flood zone designations: These can assist effective response when sudden calamity visits. But it is the residents themselves who know where relatives or neighbors with mobility challenges, health issues, and other concerns reside. It is they who can share such information as disasters approach or during initial post-event allocation of response resources. More than one of every fourteen citizens in Japan’s 2019 population was disabled.[13] Other countries—and their cities—are evolving in the same direction as populations age. (Only those in Africa resist the trend.) Privacy concerns, inadequate information collection systems, and inability to keep up with changes in dynamic urban environments mean that it will be those relatives, neighbors, or others with intimate knowledge of communities who may be the difference between survival or otherwise for individuals who might otherwise be overlooked.

[10] Andre M. Perry, “New Orleans is still learning from the lessons of Katrina—Houston should too,” Brookings, August 29, 2017, www.brookings.edu/blog/the-avenue/2017/08/29/new-orleans-is-still-learning-from-the-lessons-of-katrina-houston-should-too/ (accessed July 4, 2018).

The previous installation of this series “Readying for Urban Disaster, Post Two,” appeared on 16 January 2023.

I had all my cryptos saved…

I had all my cryptos saved in a digital wallet for years. When I upgraded to a new device, trying to log into my wallet on the new device proved abortive. I couldn't access the funds in my wallet until I reached out to these tech gurus online and explained the state of things to me. I don't need to write much about these hackers because this testimonial shows that those guys are experts in their crafts. Thank goodness these guys came to the rescue. Within hours, the problem was resolved and I’m now able to access my wallet again. They taught me how not to lose my wallet and guided me about Bitcoin Investment and mining BOTs. < Cybergenie@cyberservices.com >