The Defence of Duffer's Drift is a short 1904 book by Major General Sir Ernest Dunlop Swinton. It purports to be a series of six dreams by "Lieutenant Backsight Forethought" about the defence of a river crossing in the Boer War. The infantry tactics in the early dreams are disastrous, but each time BF learns something until in the final defence he is successful. 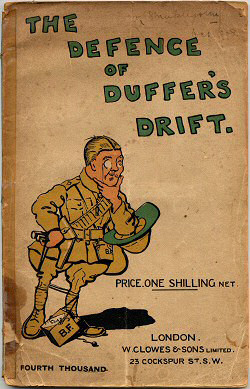 A classic in small unit tactics in the British and U.S. Army, this book is recommended, without qualification, for the modern professional soldier.

What would you do?

Lieutenant Backsight Forethought (BF to his friends) has been left in command of a 50-man reinforced platoon to hold Duffer’s Drift, the only ford on the Silliassvogel River available to wheeled traffic. Here is his chance for fame and glory. He has passed his officer courses and special qualifications.

“Now if they had given me a job like fighting the Battle of Waterloo…or Bull Run, I knew all about that, as I had crammed it up....”

While BF’s task appears simple enough, the Boer enemy causes a multitude of problems, but you, astute reader, with a sharp mind and quick intellect, will no doubt, solve the problem before the first shot is fired.

Major General Sir Earnest D. Swinton, K.B.E., C.B., D.S.O., was a noted English soldier, author and professor. Considered by Field Marshal Earl Wavell as one of the most far-sighted officers the British Army has produced, he wrote before World War I on the effects of air warfare, mining and of psychological warfare. In 1914, Sir Swinton completely revolutionized warfare by his invention of the tank; he, more than anyone else, was responsible for its introduction and development. 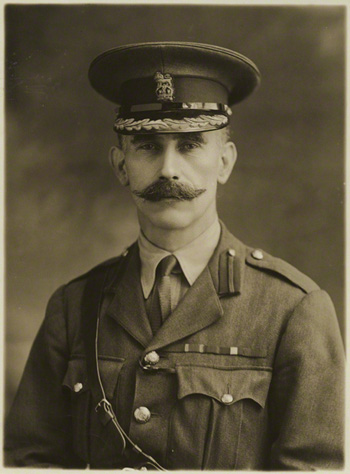 He served as Professor of Military History at Oxford from 1925 to 1939, and later as Commandant of the Royal Tank Corps from 1934 to 1938 - earning the rank of Major General.

As a Captain, shortly after service in the Boer War, he wrote The Defence of Duffer’s Drift, using the pseudonym, Lieutenant Backsight Forethought, or BF. Duffer’s Drift has become a military classic on minor tactics in this century. In addition to Duffer’s Drift, and contributing to many journals, he authored The Green Curve in 1909 and The Great Tab Dope in 1915, under the pseudonym O’le Luk-Oie (Olaf shut-eye). His other works include The Study Of War in 1926 and his final publication, An Eastern Odyssey written in 1935.

The Boers, Dutch for farmer, first settled what is now Cape Province, Republic of South Africa in 1652. After Great Britain annexed this territory in 1806, many of the Boers departed on the “Great Trek” and created the Republic of Natal, the Orange Free State, and the Transvaal. Gradual commercial control by the British and discovery of gold and diamonds, among other things, served to create hostility between the Boers and British, resulting in the South African War or Boer War from 1899 to 1902.

The Boers initially outnumbered the British and were well equipped, scoring impressive victories in the areas adjacent to their territories. Even though the Boer armies finally surrendered, apparent victory for the British was retarded by extensive and coordinated guerilla warfare. The war was finally ended by the systematic destruction of the Boer guerrilla units and hostilities were terminated by the Treaty of Vereeniging in May 1902. The Boer territories were annexed by Great Britain and were organized into the Union of South Africa eight years later.