On 22 October 2019 a mass counterdrug operation was conducted involving the Secretariat of Citizen Security of Mexico City (Secretaría de Seguridad Ciudadana de la Ciudad de México – SSC CDMX) of Mexico City, the Attorney General’s Office (Procuraduría General de Justicia de la Ciudad de México – PGJ-CDMX), and the Secretariat of the Navy of Mexico (Secretaría de Marina – SEMAR) in the Bravo district of Tepito, Mexico City. The operation focused on members of the ‘La Unión Tepito’ organization. Over 30 alleged members were arrested while the group’s leader Oscar Flores aka ‘el Lunares’ (“The Moles”) escaped on a motorcycle with the assistance of two accomplices.[1] Authorities discovered two laboratories used to produce synthetic drugs along with 50 kilos of chemicals used in drug production.[2] 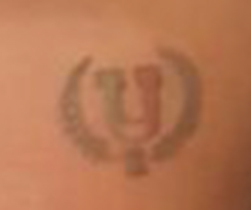 The raid also revealed an extensive tunneling system under several residences in the neighborhood using false walls, hidden latches, and custom created tunnels.[3]  Large amounts of narcotics including 2.5 tons of marijuana, 20 kilos of cocaine and 4 kilos of methamphetamine were seized.[4] 31 suspects were initially arrested, however, 27 of them were released 3 days later by a judge that alleged the security forces fabricated evidence. Two days following the raid authorities announced that there was evidence to suggest that 120 police officers were connected to La Unión Tepito. Police discovered a tunnel that connected one of the properties being searched to a warehouse on a nearby street. Police believe the tunnels were used by the group’s leader Flores to escape apprehension.  Half a million pesos, 5 grenades and over 13 weapons were also discovered including the warhead from a rocket launcher.[5] In one of the residences agents discovered numerous religious shrines and altars. Many of these contained human remains and traces of blood. More than 55 skulls, dozens of bones, and an unidentified fetus of human or animal origin were discovered. The newspaper El Heraldo de Mexico reported that according to a statement by a witness the members of La Unión performed quote ‘satanic’ rituals every third day to have good fortune in their illegal activities in addition to being immune to bullets.[6]

The use of magico-religious systems to promote the activities of drug trafficking organizations is nothing new. In my book Narco Cults: Understand the Use of Afro-Caribbean and Mexican Religious Cultures in the Drug Wars, I define a narco cult as “An individualistic, shamanistic, communal or ecclesiastical cult that functions as a source of spiritual or psychological empowerment for individuals or organizations connected to drug production or trafficking.” Based on these early reports of the investigation and witness testimonies it appears that several of the religious shrines discovered in the raid were possibly used for spiritual protection.[7]

While the media descriptions of these shrines include words such as ‘satanic’, ‘Santeria’ and ‘Palo Mayombe’ the aesthetics and artifacts found in the shrines reflect an array of different religious cultures. Images from Regla de Ocha (Santeria), Las Reglas de Kongo (Palo Mayombe and traditions), Espiritismo, Folk saint worship and European esoteric traditions can be seen. Traditional followers of these various religious cultures have frequently spoken against the ‘mixing’ and appropriation of these traditions. However among many of the Mexican narco-cults there is a trend of combining cultural artifacts and rituals from a diverse number of spiritual traditions.[8]

Many of the artifacts discovered in the Tepito operation are familiar to materials used in the religious traditions of Las Reglas de Kongo, a group of magico-religious practices from the BaKongo of central Africa that were established in Cuba in the 16th to 19th century. The practices of Las Reglas de Kongo include spiritual traditions such as Palo Monte (also known as Palo Mayombe), Briyumba and Kimbisa. Each tradition has its own specific mythologies, rituals and artifacts. ‘Palo’ is the colloquial term used among various magico-religious communities to describe all three traditions. The Spanish word ‘palo’ comes from the religion’s use of a stick or tree branch known as a ‘palo’ used in the formation of the religion’s central artifact known as the ‘nganga’. The nganga is a cauldron or urn packed with earth, sticks, animal and human remains.[9]

The addition of human bones specifically the skull (kiyumba) ‘infuse’ the spirits of the dead with the physical materials in the cauldron. This concept originated from the Bantu indigenous ritual of placing a spirit inside a vessel usually in the form of an anthropomorphic statue or a sack in which became known as ‘minkisi’. The religion of Palo focuses on the control of the spirits of the dead (nfumbe) and the spirits of nature (mpungu) that are placed inside the nganga.[10] 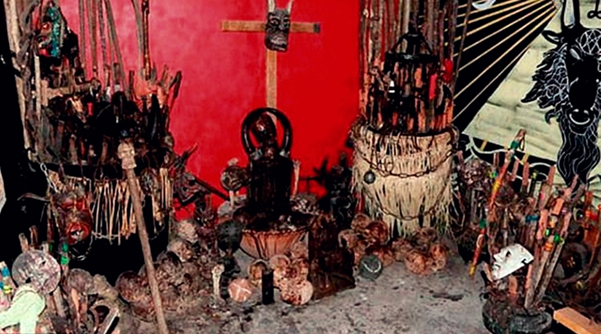 Altar with Dozens of skulls found at 22 October 2019 raid of La Unión Tepito. 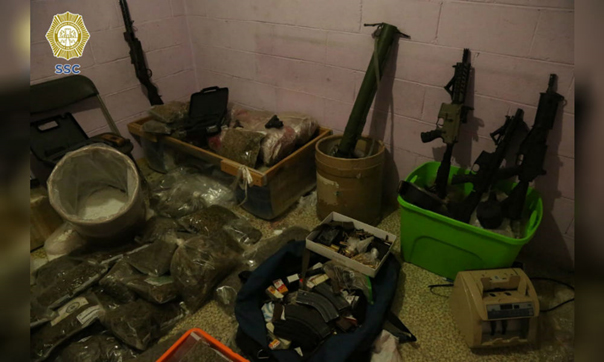 Part of the Arsenal of Weapons Seized (Including LAW Rocket Launcher).

Ceremonial magic rituals are performed in which the spirits are commanded to carry out the bidding of the practitioner.  Healing and sorcery are performed through the use of roots, herbs, and the creation of charms derived from African indigenous practices.

While the majority of practitioners of Palo around the world are not involved in these type of activities, the religion has a reputation among some communities as being ‘dark’ and ‘aggressive’ which makes it certainly attractive to traffickers. It is frequently misidentified as the ‘darkside of Santeria’. The 1989 incident in Matamoros Mexico involving the appropriation of Palo by drug dealer and killer Aldofo Constanzo utilized the practice of offering human remains from homicide victims to the spirits.[11] This is not the norm for practitioners of the religion. What is fascinating about the Tepito scene is that some reports have mentioned that the skulls found in some of the ngangas were victims of murder by the gang. If this turns out to be the case this would be a rare instance in which practitioners performed a very foolish act in the eyes of normative practitioners. The thought of using the spirit of someone that you have killed flies against cultural norms in the religion.

There are some elements in the scene that appear to have some loose affiliation with Regla de Ocha (Santeria) including artifacts like the ‘Achibiriki’ staff representing Ogun, the deity of iron and Ochosi, the deity of the hunt. One media source reported that Ochosi was being appropriated to protect members of the gang from police. American law enforcement has documented cases where the deity has been appropriated as a form of protection from police and rivals at clandestine drug labs and stash houses. One video of the Tepito scene shows a courtyard area with a table covered in a white cloth containing glasses of water. This is the ‘boveda’ or shrine to the ancestors found in the practices of Espiritismo.[12]

Another shrine at the scene features numerous images of folk saints frequently found among traffickers including Santa Muerte and Jesus Malverde. However, there is also a lesser known figure known as ‘Ekeko’ that can be seen in the shrine. Ekeko is a Peruvian spirit of abundance. This is the second scene involving drug traffickers where I have witnessed the spirit being appropriated. Some media sources claim this altar was dedicated to the group’s leader and fallen narcos.[13] 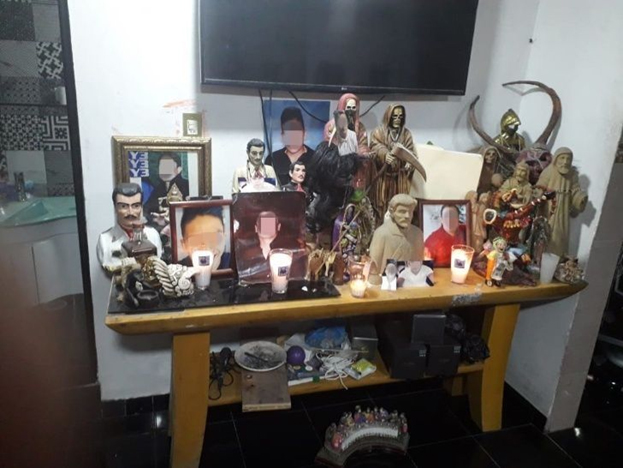 One of the primary images at the scene that appears to be culturally inconsistent with the Afro-Latin religions is a large mural featuring a goat’s head superimposed upon a pyramid. Upon the forehead of the goat is an image of the unicursal hexagram. The symbol is frequently used by esoteric practitioners of European ceremonial magic.[14] Above the goat’s head is the alchemical symbol for sulfur and the symbol of Ouroboros, the alchemical symbol of the serpent devouring its tail.  The symbol for sulfur has been popularized by the American Church of Satan in the organization’s literature and sacred texts and is frequently appropriated by non-members of the Church in artwork, literature, and tattoos.[15]

Leaders in La Unión Tepito have a history of using magico-religious practices. Some media sources have reported that ‘El Lunares’ has a personal Santeria priest (Santero) that provides spiritual guidance for the organization and is involved in transporting bribes and to the trafficking of firearms. Known as ‘Niño Problema’ or ‘Problem Child’, the Santero was caught on surveillance by the Ministry of Public Safety (SSC) interacting with the commander of the General Director of the PDI and several police officers before the raid.[16]

Former leader of La Unión Tepito Pedro Ramírez Pérez, aka ‘El Jamón’ (“the Ham”) was an avid practitioner of Santeria and Venezuelan spiritualism.[17] When Pérez was arrested by authorities in May 2019 in in Atizapán, State of Mexico he was wearing the traditional white garments of a Santeria priest. Authorities claim that the leader frequently held meetings with Santeros and was in the process of becoming a high priest known as the ‘Babalawo’. Police discovered a number of traditional cultural artifacts including dolls representing spirit guides, ceramic vessels containing sacred stones known as ‘soperas’, decorative beaded sashes known as ‘mazos’ as well as several artifacts representing the spirits (Orishas) known as the ‘warriors’.  Pérez also maintained a shrine dedicated to the Venezuelan spirit Maria Lionza.

One month before the operation at Tepito, Mexican police in Industrial Colony raided a residence where they arrested three individuals with guns, a possible fetus, and artifacts related to Palo Mayombe. An iron crossbow can be seen on the front of one of the residence’s representing Ochosi as a means of protection.[18]

Unconventional practices and possible ties to deviant forms of Palo were also discovered in 2018 some 30km away from Tepito in nearby Ecatepec. Serial killers Juan Carlos Hernandez and wife Patricia Martinez Bernal admitted to killing and dismembering over 20 women and afterwards consuming some of their flesh. Hernandez posted photos of a Palo nganga as his Facebook profile and testified that he sold some victim’s bones to a local Santero” as well as offering internal organs to Santa Muerte.[19] 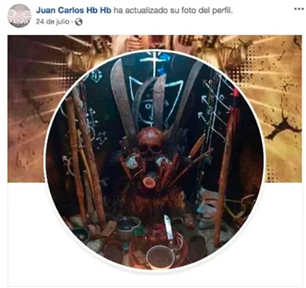 The findings at Tepito are confirmation of what we have been observing among the narco landscape for several years. Drug traffickers with ties to transnational criminal organizations have embraced forms of esoteric spiritual cultures as a means of protection and guidance in both a casual and sophisticated level of dedication.[20] While some traffickers may simply wear amulets and jewelry for protection, some organizations employ full-time ritual specialists to provide psychological empowerment and magical protection. The site at Tepito may have also revealed a sinister plot reminiscent of the 1989 Matamoros tragedy mentioned earlier in this article.[21] Ritual homicides have been documented in the U.S. and Mexico involving the torture and sacrifice of victims to Santa Muerte.[22] Law enforcement and military personnel should continue to be vigilant and be aware of the dangers involving narcocults and the potential for ritualized violence.

[2] Isabella Nikolic, “Mexican cops find 40 skulls and a FETUS in a jar at ‘Satanic’ altar set up by drug traffickers ‘who thought it would protect them from police.’” The Daily Mail. 28 October 2019, https://www.dailymail.co.uk/news/article-7621255/Mexican-cops-40-skulls-FETUS-jar-Satanic-altar-set-drug-traffickers.html.

Tony M. Kail has served as a trainer and subject matter consultant in the area of esoteric religions and security threat groups since 1990. Kail has conducted ethnographic fieldwork among a number of esoteric religious communities throughout the United States and Africa. As a former law enforcement officer, Kail has provided training for state and federal agencies, including the U.S. Army, U.S. Capitol Police, Federal Bureau of Investigation, Department of Homeland Security and several state investigator associations. Kail holds a university degree in cultural anthropology as well as a seminary degree in African Religious studies.  Kail is the author of a number of books, including Narco-Cults: Understanding the Use of Afro-Caribbean and Mexican Religious Cultures in the Drug Wars (CRC Press, 2015) and was a contributor to the books Blood Sacrifices: Violent Non-State Actors and Dark Magico-Religious Activities and Los Caballeros Templarios de Michoacán: Imagery, Symbolism, and Narratives. His books appear on the 2011 FBI suggested readings list on Mexican narco-cults.