The Pacification of Brazil’s Urban Margins: How Police and Traffickers Co-produce Insecurity

The Pacification of Brazil’s Urban Margins: How Police and Traffickers Co-produce Insecurity

Violence resulting from conflicts between criminal groups and police has risen steadily across much of Latin America in recent years. The effects tend to be most felt in marginalised urban neighbourhoods, where widespread poverty and weak provision of essential services create opportunities for drug trafficking factions, street gangs, and militias to entrench local influence. In response, police often use militarised and exceptional tactics to confront such groups. Residents can easily get caught in the middle of these conflicts, criminalised by police and exposed to abuses by both sides. 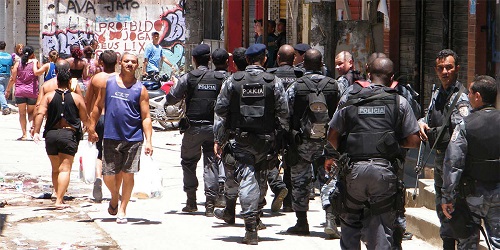 However, research in countries as diverse as Brazil, Colombia, Mexico, and Jamaica also suggests that police-criminal relationships at the urban margins are more complicated than this overview implies. Rather than being characterised solely by conflict, governance of such spaces involves complex cycles of negotiation between armed actors. In these negotiations, corrupt payments and more indirect forms of mutual tolerance are used alongside the use of force as bargaining chips. These cycles are shaped by various factors, including the shifting dynamics of illegal markets, criminal organisation, and policing tactics.

Rio de Janeiro offers an interesting case of shifts in police-criminal relationships in the region. Since the 1980s it has seen endemic conflict between rival drug-trafficking groups and police for territorial control of many of the city’s favelas. The violence and inefficiency of traditional policing tactics, based on mobile capture-or-kill operations, eventually led to proposals for a new approach. Beginning in 2008, the Pacifying Police Units (UPP) programme was rolled out across many of the city’s favelas, with the aim of establishing a permanent police presence in these areas.

Adapting principles of “proximity policing” to the specificities of the Rio context, the programme was rhetorically constructed around the notion of reasserting state control over favelas. Early empirical studies of the UPPs emphasised both their positive and negative effects.

On one hand, there was a notable fall in violence in areas with pacification units, and many residents reported that drug dealing and weapons had become less visible. On the other, there were widespread reports of repressive tactics being used against residents, including stop-and-search, curfews, and even bans on social events. Both the positive and negative aspects seemed to suggest that the “state”, in the form of authoritarian policing practices, had deepened its presence in these favelas. 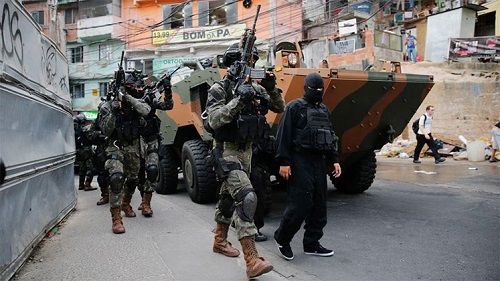 The View from the Favela

In 2013, I conducted eight months of fieldwork in Tuiuti favela in Rio’s North Zone, beginning a little over a year after it had been pacified in late 2011. During interviews with a variety of residents, I heard some accounts that echoed reports of aggressive policing widely found in the academic literature. However, this kind of research has tended to exaggerate the extent to which “state control” had been imposed. Instead, the UPP’s presence appeared to be rather limited and to rely on localised forms of negotiation with the Comando Vermelho drug-trafficking faction, which remained active in Tuiuti.

Some residents reported feeling less secure since the arrival of the UPP. However, in most cases this was not primarily because they feared police violence, but rather because they felt the UPP had undermined the previous order overseen by traffickers without establishing an effective replacement.

Several felt police “turned a blind eye” to illegal activities in the area, and that petty crime such as open drug consumption, theft, and burglary had increased. Police are poorly equipped to deal with such kinds of infraction: firstly, because heavy-handed responses are likely to be widely seen as aggressive and disproportionate; secondly, because a minimal threshold of evidence is needed for arrests to be made.

In reality, of course, police frequently fail to meet such standards and enjoy a significant degree of impunity to act outside of the law. However, there are at least some disincentives to the over-zealous punishment of minor infractions, not least the everyday benefits for local officers of avoiding unnecessary conflicts. Given that the UPP programme was marketed as a new, more pragmatic approach to policing that would prioritise the reduction of violence associated with drug trafficking rather than the suppression of drug trade itself, there was a clear desire to avoid the negative headlines that high-profile abuses would create.

Compared to police, traffickers face far less difficulty in imposing local “order”. The combination of fear and respect that they inspire means that they can quickly act on resident complaints and are almost certain to be obeyed. Furthermore, traffickers are unencumbered by the need to meet any legal threshold of “evidence” and are embedded in local social networks in which reputations are decisive. They could, for example, punish a suspected burglar based on their reputation and circumstantial evidence alone. This acts as a far more effective deterrent to petty crime than the remote possibility of being investigated by the police.

These asymmetric capacities for producing order act as incentives for police to find accommodations with traffickers. By allowing the latter to continue to play a low-level policing function in the community, police can allow residents’ concerns to be addressed without using the kinds of aggressive tactics that would be likely to provoke a backlash. As one resident explained to me:

They’re still here, the people who used to be involved with crime. They still live here. We know who they are. The police also know who they are. But it’s like this […] if they live here and […] they maintain a certain order, because they’re people that the rest of the young people respect, it helps to keep things OK. They help to improve things.

Traffickers, meanwhile, can also benefit from such arrangements. Although they had to accommodate to the permanent presence of police in the area, in practice their overriding priority – continuing to profit from the drug trade – did not prove to be fundamentally incompatible with the presence of the UPP. However, traffickers did still need to retain the respect and fear of residents in order to ensure that they remained silent about local trafficking activities. Their auxiliary policing function allowed them to maintain this kind of influence.

To be clear, the establishment of such a division of labour does not require active collusion between police and traffickers. It can emerge naturally, with both sides pursuing their respective aims in relatively pragmatic ways. Police can “turn a blind eye” to the activities of traffickers and allow them to retain their influence, and traffickers can assist police in this task by keeping a low profile and not provoking retaliation. As this implies, the margins are “pacified” not by the aggressive, unilateral imposition of a new order by the state, but rather by state actors negotiating the terms of their coexistence with non-state actors who possess certain local advantages.

“Pacification” through negotiation can have the advantages of reducing violence and the visibility of criminal activity. One thing most respondents agreed about was that they felt the risk of violent conflict between police and traffickers had been reduced. However, such a scenario hardly provides favela residents with meaningful public security or substantive citizenship. Indeed, it can generate entirely new problems and anxieties. One resident explained:

In the last three years, Rio’s UPPs have declined under the weight of spending cuts and growing opposition both within the police and amongst the wider public. The reappearance of conflict in many supposedly “pacified” favelas has given the impression that the state has once again “lost control” of these territories. Meanwhile, a stark shift in approach towards a militarised and indiscriminate targeting of favela populations by new state governor Wilson Witzel has contributed to a dramatic increase in police killings.

Now more than ever, it is essential that we learn the complex lessons of the UPP experience. Acknowledging that the state’s “arrival” was only ever limited, particular, and problematic would be a welcome first step.

This article is reprinted with permission under a Creative Commons license (CC BY-NC-ND 2.0).  The original article appeared at the LSE Latin America and Caribbean blog at https://blogs.lse.ac.uk/latamcaribbean/2019/10/03/the-pacification-of-brazils-urban-margins-how-police-and-traffickers-co-produce-insecurity/#author-info. The views expressed here are of the authors rather than the LSE Latin America and Caribbean Centre or the LSE. It draws on the author’s article “‘Hostages to both sides’: favela pacification as dual security assemblage” (Geoforum, Vol. 14, August 2019). -- SWJ

Matthew Aaron Richmond is Visiting Fellow at LSE Latin America and Caribbean Centre and Research Associate at the Centro de Estudos da Metrópole (CEM), São Paulo. He has a PhD in Human Geography from King’s College London. Matthew’s research looks at urban development, inequality and subjectivity in Latin American cities, with a primary focus on Brazil.