Every discussion of violence in Latin America will begin with the shocking statistics. It is well-known that Latin America is responsible for 33 per cent of homicides in the world despite only having 9 per cent of its population. Even more starkly, a study of youth violence in the region also found that young males living in low-income settings have a one in 50 chance of being killed before they reach the age of 31. At the same time, over half of the 25 countries with the highest rates of femicide/feminicide in the world are in the Caribbean or Central and South America. Most of the victims are poor young women. 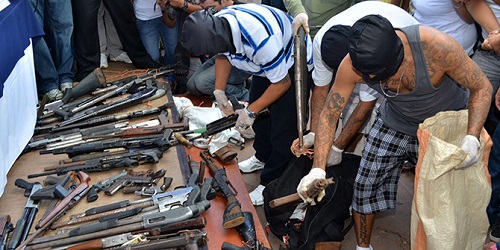 There is no doubt that poor young men are the main victims and perpetrators of the crisis of violence in Latin America. However, if we are looking to address the interlinked crises of violence, security, the rule of law, and ultimately governance, we have to look at the kind of state that emerges through the interaction of oligarchic elites – those defined by wealth, as well as by power and status – and state, political, and criminal actors: namely, the “fragmented security state“.

This kind of state lacks a legitimate monopoly of violence. Instead, the provision of “security” to citizens is sometimes delivered through militarised intervention; sometimes through ill-trained, poorly paid, and corruptible state police; sometimes via “protection” through de facto delegation to criminal actors; and sometimes – for those who can afford it – through unaccountable private-security firms. The outcome is selective security, uncertainty (insecurity), and more violence.

Oligarchic elites gain from the fragmented security state because it is permeable to interest trading and transactional politics. They can protect commercial interests and property through law, and their personal safety through private security. There is strong evidence of a preference for private security amongst elites in Latin America, where there are over 16,000 private military and security companies employing an estimated 2.4 million people, many of whom are retired army and police officers. Where a centralised security apparatus does appear to operate is in big military operations against poor communities, like those recently carried out in the favelas of Rio. 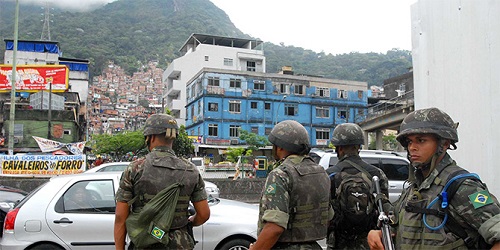 There are also many notorious examples of direct elite involvement in violence in the region, both ongoing and historic.

Chilean elites backed Pinochet’s dictatorship in the 1970s. Agrarian elites supported paramilitaries and the forced dispossession of peasants in Colombia in the 1990s and 2000s. Guatemalan landowners even flew some of the planes which bombed indigenous communities in the Guatemalan civil war in the 1980s.

More recently, in February 2018, the high-raking executive David Castillo Mejía was arrested and accused of being the intellectual author of the assassination of prominent Honduran activist Bertha Caceres, who had successfully campaigned against projects funded by his company.

There are many Latin American elites who would not condone this kind of violence, of course, just as there are many who refuse to recognise it or question it. But on the whole there is not much evidence that Latin America’s oligarchic elites, with their varied sectoral economic interests, are motivated to invest in the rule of law or effective public-security provision. Rather, they appear to be comfortable with a fragmented security state which offers opportunities for trading influence, winning lucrative public contracts, and manipulating elections.

These opportunities together help to maintain one of the highest concentrations of wealth and income in the world: Latin America’s richest one per cent possess 41 per cent of the region’s wealth and property, with 32 individuals having the same wealth as the poorer half of the population.

This social injustice has often led Latin American oppositions, out of power and once elected, to privilege wealth redistribution over addressing violences. However, economic growth under many left-of-centre governments in the 2000s proved compatible with the rise of violences.

While inequality does correlate with violence, and social injustice is undoubtedly a factor in its reproduction, it is the logics of relations between the state and oligarchic elites that underpin the extreme rise of violence in the region, despite the fact that most victims and perpetrators are poor. That is, violence is as much a problem of wealth as of poverty. 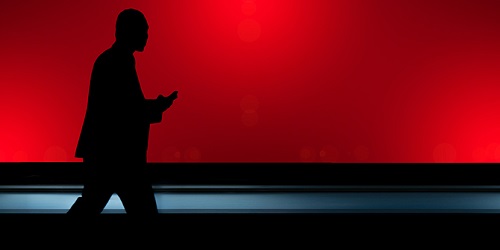 Violence and the Crisis of Governance in Latin America

In reality, however, the problem extends beyond violence per se.

Many of Latin America’s poorest communities have to co-exist with varied forms of coercive “criminal governance”. But we cannot view this as separate from a failure to invest in the rule of law by elites with a preference for a permeable and fragmented state in which political, bureaucratic, and state-security actors are incentivised to do deals with oligarchic elites and criminal actors.

One clear example is the Odebrecht scandal, which revealed how lucrative construction contracts lubricated electoral campaigns across the region. The scandal has led to an unprecedented crisis of governance in the region, exemplified by the resignation in April 2018 of Peru’s President Pedro Pablo Kuczynski for having received money from Odebrecht during his time as a minister in Alejandro Toledo’s administration.

This crisis of governance should not be divorced from the crisis of violence and security in Latin America. Without a commitment to security as an equitable and accessible public good underpinned by the rule of law, democracy remains coercive despite electoral competition.

Participation to bring about the social and economic justice that underpins a dynamic and meaningful citizenship becomes dangerous. Despite the Peace Accord in Colombia, for example, a social leader is assassinated every two to three days according to CINEP, a Colombian NGO monitoring this situation.

Corruption and impunity also erode the basic requirements of trust in the political order, something which is strongly apparent in Latin America. Sensibilities to everyday violences diminish, and the violences that matter are selected. Hence, it becomes politically profitable to construct the poor, and particularly poor young men, as a “problem”. The problem must then be (literally) eliminated, or “solved” through mass incarceration in overcrowded, violence-reproducing prisons.

The Latin American experience shows how even understandings of what the state is for, a means of articulating a shared interest in public goods and goals, are transformed by elites who have little interest in addressing violences that they themselves can avoid. As criminality flourishes and further fragments the state, the line between legal and illegal accumulation only becomes ever more blurred.

Editors’ Note: This article is reprinted with permission under a Creative Commons license (CC BY-NC-ND 2.0).  The original article appeared at the LSE Latin America and Caribbean blog at https://blogs.lse.ac.uk/latamcaribbean/2018/10/19/elites-violence-and-the-crisis-of-governance-in-latin-america/.  This essay draws on the author's working paper “Elites and Violence in Latin America: Logics of the Fragmented Security State,” Violence, Security, and Peace Working Papers, No. 1, London: LSE Latin American and Caribbean Centre, August 2018, http://www.lse.ac.uk/lacc/publications/PDFs/VSP1-Pearce-Elites-Violence-Latin-America-web.pdf. SWJ

Jenny Pearce is Research Professor at the LSE Latin America and Caribbean Centre. A political scientist specialising in Latin America, she works with anthropological and participatory research methodologies on social change, violence, security, power, and participation in the region and beyond. She considers herself a peace scholar, committed to theoretical development of the field of peace, power, and violence, as well as to empirical study. She has been conducting fieldwork in Colombia, El Salvador, Guatemala, Mexico, Chile, Brazil, and Venezuela since the 1980s.