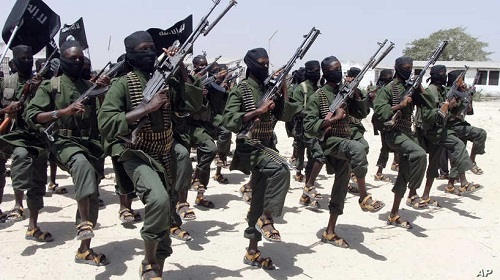 One of the most senior foreign fighters with Somali militant group al-Shabab says he has defected and is now in Mogadishu with the Somali government.

Zubair al-Muhajir traveled from London to join the group in 2006.  He rose through the ranks and ultimately became a member of al-Shabab’s Shura Council of religious scholars.

Al-Muhajir, originally from Ivory Coast, told the VOA Somali program Investigative Dossier that he fell out with the group in 2013 when its Amniyat force arrested him and imprisoned him for three years.

"I defected because al-Shabab, they are lying to the Muslims and to the world,” he said. “They are claiming to implement the Sharia (Islamic law) which is not true because I know from incidents where they went against the Sharia.”

He says the group uses Sharia just to “betray the people, fool them, and lie to them.”

"The reality of their actions is totally against their Sharia – they are killing innocent people and they are lying to the people.”

In 2011, al-Muhajir was head of a committee appointed by al-Shabab to mediate a bitter dispute between the late leader Ahmed Abdi Godane and three other commanders – Ibrahim al-Afghani, Mukhtar Robow Abu Mansour and Fuad Mohamed Khalaf Shongole.

Godane rejected his mediation efforts and the dispute led to the execution of al-Afghani in June 2013.  Robow eventually defected while Shongole is still with al-Shabab.

At the time, al-Shabab detained a number of other commanders and figures suspected of opposing Godane. Zubair al-Muhajir says he was one of the detained.

Al-Muhajir says before his defection in October 2019, al-Shabab visited a small shop he ran in Galhareri and asked him to pay zakat.  He said he told them he was ready to pay taxes but could not afford zakat, which is based on a certain amount of accumulated wealth.

"I have an argument with about paying zakat and taxes,” he said. “I showed them that if they want to take taxes from me, I’m ready to give them the taxes but if they want zakat from me, I’m not among the people who pay the zakat.”

The Somali government has an open amnesty program for those defecting from al-Shabab as long as they renounce violence and the ideology.

Al-Muhajir says he first went to the African Union Mission based at the Mogadishu airport.  He is now at a Somali government safe house.  He says he is still waiting to hear from the government on what program they have for him.

But Zubair al-Muhajir is clear on what he wants the Somali government to do.