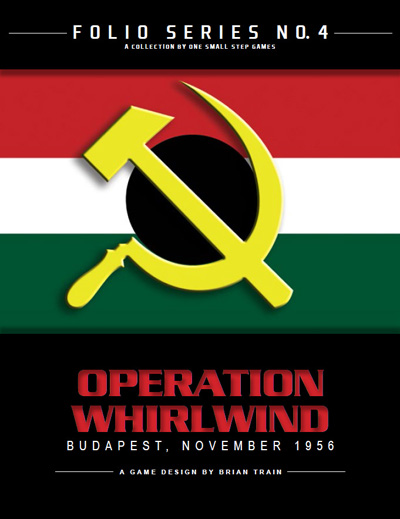 As the world watches Aleppo burn, the scenes of carnage and ruin bring to mind another rebellion in another city 60 years ago. In November 1956, it was Budapest [http://nationalinterest.org/blog/the-buzz/budapest-burning-the-hungarian-revolt-shook-the-soviet-18295] that burned as Soviet troops quashed a revolt against Communist rule. The photographs [http://time.com/3878232/the-hungarian-revolution-of-1956-photos-from-the-streets-of-budapest/]then are as haunting as the pictures of wounded Syrian children now: huge Red Army tanks clanking through the streets, smiling teenage boys and girls armed with Molotov cocktails, burning armored vehicles strewn across boulevards like junkyard trash.

Compared to the carnage of Aleppo, Budapest was tame: no barrel bombs, airstrikes or artillery barrages on civilian neighborhoods. The warriors of Stalingrad would hardly have called it a battle at all. Nonetheless, this was no mere riot or police action. It was urban warfare waged by conventional troops fighting house-to-house against armed insurgents. The Soviet intervention, code-named "Operation Whirlwind," became a week-long struggle that cost the lives of 2,500 Hungarians and 700 Soviet soldiers.

That's the setting for Operation Whirlwind , a paper simulation of the Soviet assault on Budapest. Designed by prolific wargame designer Brian Train, who has tackled such obscure conflicts as the Shining Path insurgency in Peru and the Algerian Civil War, Operation Whirlwind  puts two players in command of the Soviet and Hungarian insurgent forces.

This is no easy topic to capture in a board game. How do you simulate such an asymmetrical struggle between regular and irregular forces? This was a battle that the Soviets could not lose unless the West intervened (which would probably have triggered a nuclear war that everyone would have lost).

But Operation Whirlwind captures the essentials of the battle through some simple but clever game mechanics. The field of battle itself is a 17-inch by 22-inch paper map overlaid by thick red lines dividing the board into 34 areas, classed as either urban, suburban, industrial or recreational park terrain. In addition, 10 areas are marked with stars to indicate victory objectives, including Parliament, City Hall and Radio Budapest. Terrain offers defensive benefits during combat, but only to Hungarian units in rebel-controlled areas under attack by Soviet troops. Rebels attacking Soviet-controlled areas don't get any advantages, which make the insurgents better at holding ground then taking it.

The combatants are represented by 140 half-inch cardboard counters, red for the Soviets and green for the Hungarians. Soviet forces consist of the 2nd and 33rd Guards Mechanized Divisions plus attached corps-level formations, a mixture of motorized infantry, tanks and reconnaissance detachments. The Hungarians are a motley assortment of lightly armed Insurgent units, more heavily armed Militia and Sappers, plus 15 Civilian markers. There are also optional U.S. Special Forces A-teams and the 101st Airborne (more on them later). Each unit's effectiveness is marked with a Combat Rating, from 1 for Hungarian insurgents, to 3 for Soviet tank battalions, to a devastating 15 for Soviet motorized rifle regiments, underscoring the disparity in firepower between regulars and rebels. However, the Soviets begin with only six of those infantry regiments, reflecting a Soviet tendency to operate in big, clumsy formations. In fact, the Soviet only have about 25 pieces they can maneuver on the map, while the Hungarians have about 60. Soviets units are stronger, but with 34 areas on the map, the Red Army can't be everywhere.

Before the game starts, the Hungarian player rolls four dice, and randomly draws 4 to 24 Insurgent and Civilian counters that are deployed on the map. He also rolls to see how many Arms Points he receives, simulating looted and captured arms from Hungarian army depots, which he spends to upgrade Insurgents into Militia and Sappers (he also gets two anti-tank gun counters, representing captured artillery and partially dismantled tanks). He also places a marker for Hungarian military commander Pal Maleter, who gives a combat bonus to Hungarian fighters.

Soviet troops then enter the map from any edge. Every turn, representing 8 hours of game time (including a night turn every third turn), consists of Soviet movement and combat, followed by the Hungarians doing the same. Units can move an unlimited number of areas during a turn, but must stop when entering an enemy-occupied area. However, the Hungarians can employ Infiltration Movement by rolling dice, with a small chance of the unit being eliminated and a greater chance that it will will use alleyways and sewers to jump over Soviet blocking positions. With the limited number of Soviet pieces to cover the city, this becomes a problem -- one that Syrian-Iranian troops in Aleppo, or American troops in Baghdad and Fallujah -- could relate to.

A player can choose to initiate combat during his turn if friendly and enemy troops occupy the same area. Fighting is resolved by totaling the Combat Factors of each side's pieces, with each player rolling dice to see how many hits they inflict on the other. In theory, this should heavily favor the Soviets with their massive infantry regiments and powerful tank battalions, which get a combined arms bonus when attacking together.

But like an elephant battling a swarm of ants, it's a combination of little things that blunt the Soviet advantage. Besides defensive bonuses from terrain, the rebels can mount Surprise Attacks with their Sappers that inflict extra losses on the Soviets. It doesn't help that different Red Army divisions can't attack together because of rigid command and control.

The Hungarians enjoy three more advantages. First, the Hungarian rolls two dice every turn, which gives them 2 to 12 reinforcement units. Rebel troops die like flies but they resurrect like zombies, moving from the map to the dead pile, and then back again. In addition, every time a Soviet unit takes losses, the rebels get an Arms Point (captured equipment) to beef up their own troops. The Soviets take fewer losses, but when they do, there is a lesser chance they will be replaced.

Second, all Hungarian pieces are face-down, hiding their type and combat strength, unless they fire. The Soviets never know whether or not the area they are assaulting contains lightly armed Insurgents, or Militia or Sappers.

Which brings up the final rebel advantage, which is one that has plagued every counterinsurgency operation in history. The Hungarians have Civilian markers. If these markers are attacked by a Soviet infantry regiment and eliminated, a massacre has occurred and the Soviets lose 3 Victory Points each time. Because Hungarian pieces are face down, the Red Army doesn't know if the area it's attacking contains civilians.

Ah, but the Soviets have an alternative. Their infantry regiments normally operate in Assault mode, which allows them to attack at full strength. However, they can also choose to operate in Probe mode, which doesn't wipe out civilians. The problem is that Probe mode restricts them to attacking at half-strength, a dilemma that has hampered modern urban warfare from Budapest to Hue to Gaza. No one has yet to come up with a satisfactory answer, and neither will the Soviet player in this game, who must balance the risks versus rewards of unleashing his full firepower.

The game continues until the Soviets wipe out all the rebels, or they occupy all 10 victory objective areas. The winner is determined by Victory Points. The Soviets start with 50, and then lose them through killing civilians and suffering Red Army losses. If the Soviets end with 40 or more Victory Points, they achieve a "triumph for progressive Socialist forces over the forces of reaction and fascism," according to the rules. If they have 24 or less points, "the operation was a success, but the patient died. Hungarian Moral Victory."

Operation Whirlwind features an intriguing what-if: U.S. intervention to support the rebels. Despite longstanding myths that the U.S. encouraged the Hungarian Revolt and supplied it with arms, it turns out that the CIA was caught by surprise. In fact, it only had only one case officer in Budapest, and he was stuck doing administrative chores[http://nsarchive.gwu.edu/NSAEBB/NSAEBB206/]. However, for those who want to experiment with history, the 101st Airborne and Special Forces teams can drop on Budapest (the paratroopers provide muscle, and the Special Forces provide Arms Points to equip Hungarian units). The downside is a huge Victory Point penalty, plus the Soviets get two extra divisions.

To say Operation Whirlwind is an ultra-realistic simulation of urban warfare would be a stretch. For example, the game continues indefinitely until the Red Army wipes out the rebels or seizes all the victory objective areas, which removes time pressure on the Soviet player. Nonetheless, while the game is fairly simple and abstract, this is also what makes it playable in a couple of hours. As a simulation, Operation Whirlwind broadly captures the challenges of a regular army attempting seize control of a city in armed rebellion.

The game's designer does have a recommendation for the outgunned Hungarians: play Beethoven's "Egmont Overture" over and over as long as the Soviets don't control Radio Budapest (apparently that was the only music the rebels could find when they took over the station).

Gallows humor, perhaps. But then, Hungary did become free 33 years later. The Soviet empire proved to be a sick joke that couldn't last.

Michael Peck is a defense and national security writer. He can be found on Twitter and Facebook.

Not to be impolite, but how many turns do Soviet pieces get with captured Hungarian combatant and civilian pieces who are female? Are two or twelve Soviet pieces placed on top of the Hungarian female piece?