A Small Wars Journal special book review on the Fever of War. COVID-19, a respiratory disease, is nowhere as virulent as the Black Death of the 14th century or the smallpox of the 17th. century. All previous diseases, pale in comparison to the influenza epidemic of 1918 (A, H1N1). The influenza epidemic of 1918-1919 circled the world in 9 months claiming the lives of nearly a million Americans and a total of 21 million from all corners of the globe. 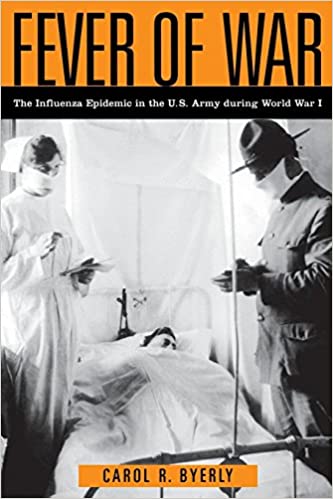 Fever of War by Doctor Carol R. Byerly asked one simple question: what was the impact of the influenza epidemic on the American army during the First World War?[i] Byerly covered four issues concerning the American Expeditionary Forces (AEF) and the US government’s response to the influenza epidemic. Firstly, the impact of infectious disease on the American conduct of the war. Secondly, the nature of military medicine and the special role of medical officers. Thirdly, the US government’s response for the health and welfare of its soldiers. Fourth, what cultural values and politics shaped medical policy and the historical memory of the epidemic.

Historical publications on pandemic disasters have generated considerable traction in the last few years, months, and just last week. The following publications are just a few examples similar to Fever of War. Articles on the so-called Spanish flu and situations centered on military epidemic disasters were found at leading professional military education (PME) centers such as the Army War College, which posted a compelling POD cast on the events of the influenza epidemic of 1918.[ii] West Point and the Modern War Institute followed up with an article of the US Army’s response to infectious diseases during World War II military operations.[iii] Army University Press published an article on the effects of the influenza pandemic on the US military in 1918.[iv] Also, The Great Influenza written by John M. Barry would serve as an excellent follow up book for a broader understanding of the civilian response.[v] From these publications, the question developed as to the military response to infectious diseases during the First World War. Carol R. Byerly has written the definitive work on the US military response to the influenza outbreak of 1918-1919. 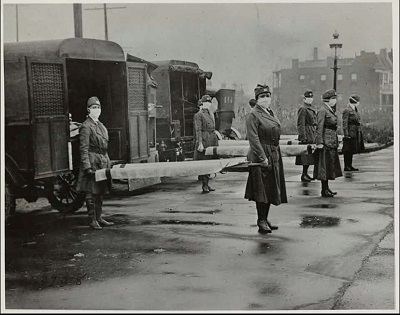 Byerly’s book presents its argument empirically which was backed up with documents from multiple archives including the US Army medical archives. Byerly’s research was impressive.  Byerly’s book was written chronologically. An example of the depth of research conducted by Byerly can be found in her statistical interpretation of the number of infected and fatalities. The American civilian population alone had 675,000 fatalities, with an estimated 25 million infected.[vii] The number of deceased AEF soldiers in US training camps alone totaled 34,446.[viii]  Officially, the AEF suffered 107,740 fatalities during the First World War. Byerly stated that 57,460 were from infectious disease.[ix] Combat deaths stood at 50,280.[x] Byerly also argued that of the four million soldiers in uniform, 26.6% of them were infected with influenza.[xi] Staggering numbers when taking in to consideration that this was just one of the belligerent armies that took to the battlefields of the First World War.

A reader who wishes to physically track the spread of the influenza epidemic with a map could in fact achieve this with Byerly’s book. Byerly analyzed the influenza epidemic in to 3 different waves. This distinction is important because most infectious diseases mutate or occur during seasonal cold or warm weather. During the first wave in the US, the military medical officers felt the influenza would burn itself out and disappear by summer.[xii] The First wave hit the US training camps in March and April of 1918 and then the rest of the world by April, May and June. Byerly pinpoints the second wave to 8 September 1918 in Camp Devens. By the 17th of September, thousands of soldiers were infected, and the base hospital reported 374 dead in 24 hours.[xiii] The third wave started around the beginning of 1919. While this wave was less widespread, it was much more deadly.[xiv] This level of detailed virologist work is the engine that will drive readers to continue to engage with Byerly’s book. 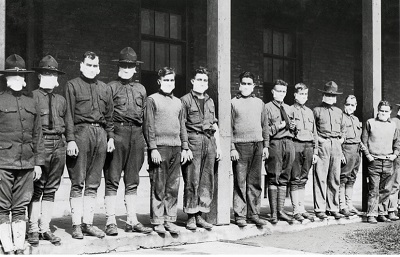 Byerly maintained throughout the book that the culture of trench warfare of the First World War was in fact why the influenza epidemic in 1918 was so virulent.[xv] Byerly stated that the influenza could cause a solider to become combat-non-effect within 24 hours with fatality occurring 48 to 72 hours from the first signs of influenza. Essentially, Byerly stated that most viruses don’t kill as fast as the influenza because it would burn itself out or become less virulent. Yet, this did not happen. In fact, just the opposite happened. The ‘virus gained unprecedented strength, by moving in and out of the trenches to and from the rear. Healthy soldiers mixing with infected soldiers. The environment and type of warfare of the Frist World War feed the virus and provided it with new health hosts in a never-ending cycle.[xvi] Byerly backs up her arguments with sound scientific germ theory. Professional military education readers or medical students will find the argument on environment and culture of warfare of the First World War alone worth your time and investment.

The First World War witnessed many civilians joining the AEF in unprecedent numbers. The same was true of medical doctors. Byerly explored and analyzed the obstacles and challenges faced from civilian/soldier doctors. Some of these topics were the need for military doctors to have the solider mission effective and not center on the individual patient which went against the grain of civilian medical training. Other obstacles faced by medical officers were their military rank. Military medical officers that were civilian less than a year ago were Second or First Lieutenant.  Having a Second Lieutenant Medical doctor telling a Captain or a Major that there needs to be a minimum of 50 square feet between soldiers in their barracks was simply ignored. Today we use the words social distancing. Byerly analyzed the dynamics between the US government and the medical officer. On one side of the issue was William C. Gorgas, the 22nd Surgeon General of the US Army (1914-1918), and on the opposing side was Peyton C. March, Chief of Staff of the United States Army (1918-1921), and the Newton Baker, the United States Secretary of War (1916-1921). Byerly provided quite a bit of background information on Gorgas, who was a very complex person. Gorgas felt that the medical officers of the US Army needed to have rank appropriate to their status. Where as March and Baker were adamantly against increasing or changing rank of the medical staff. Byerly’s argument on the topic of medical officer’s rank was that military doctors could not properly carry out their duties. 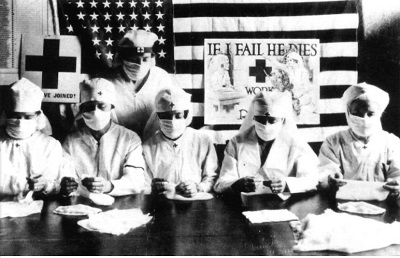 Byerly’s book also addressed issues of race and gender inequity in the military and government response to influenza. Some of the arguments that were explored was that only 350 black male doctors were commissioned. They were further regulated to working in the 92nd and 93rd Infantry Division, the only 2 black divisions in the army. Byerly had a solid argument on the role female nurses played in the recovery of patients and the way women’s role changed because of the failure by the male doctors. Byerly goes as far as stating that the role of female nurse during the influenza crisis had a direct impact on the passing of the 19th US amendment, women’s suffrage. Byerly has really contributed some critical analysis of the inner working of the US Army medical department.

Byerly’s book contributed to the public understanding of the military response to the influenza epidemic. Byerly’s book is well written and presented in an organized fashion. PME and students of history will easily be able to read this book without prior knowledge. I found the sections pertaining to the individual officers, such as Gorgas, interesting. However, there were a few draw backs to Byerly’s book which should be addressed. Specifically, the conclusion. First, Byerly introduced new material in the closing of the book. If the argument pertaining to 35th Infantry Division, which was not discussed prior to the closing, had been made in the body of the work, it would have truly added another layer. The argument stated that the 35th ID was besieged by the influenza to the point that the division was non-combat effective. Second, the rest of the closing was quotations from various officers and government personnel that were involved. This made the closing anticlimactic. 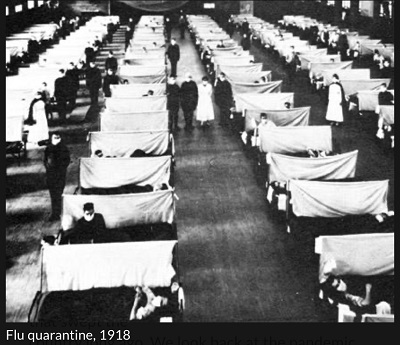 In conclusion, Byerly’s book addressed an under researched area of the First World War that was very important to the general public and academia. The dynamic between the medical officers and the US government’s bureaucracy illustrate the inter working of relationships unseen by outsiders. The failure of the medical field to prevent infectious diseases alone makes this book a good investment. The draw backs of the conclusion can easily be over looked by the general public. Academically, this is a solid book with multiple layers that add to meaningful conversations about race and inequality issues in the army of 1918-1919. The level of research into the scientific germ theory is sound. To any potential reader I would say this book will let you view the current state of affairs in a lighter of hope.

Cantor, Norman. In the Wake of the Plague. New York: Harper Perennial, 2002.