The U.S. military resumed its counterterrorism mission in the Philippines in September 2017. This new operation comes on the heels of the rise of ISIS-linked groups in the southeast Asian nation. Political analysts believe the new operation will share some similarities with a past one that lasted from 2001 to 2015, but will also include a focus on urban warfare training and equipment improvements. Some analysts also questioned if the plan would succeed.

The previous counterterrorism mission, which lasted for 14 years, degraded, but never fully eliminated Al Qaeda-associated groups. Less than two years after the operation ended, groups with allegiances to ISIS seized the Muslim-majority city of Marawi and held it for five months. The seizure sparked fighting that killed 168 Philippine soldiers, wounded 1,584 others, and displaced more than 350,000 civilians. 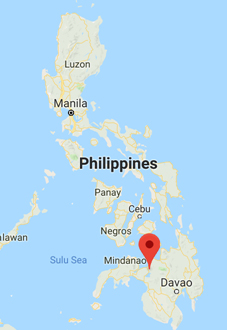 Marawi is Located on the Southern Philippine Island of Mindanao

The Marawi siege revealed the threat posed by ISIS-linked militants and spurred the new operation. Codenamed Pacific Eagle – Philippines, the mission will involve 200 to 300 American advisors, as reported by The Wall Street Journal and confirmed by the Department of Defense. Pacific Eagle – Philippines qualifies as an Overseas Contingency Operation, which allows a budget exempt from spending constraints. The Department of Defense justified this designation “to acknowledge the severity of the terrorist threat facing the Philippines,” according to a report by the Lead Inspector General for Overseas Contingency Operations.

The first step of the mission will be to fix a weakness highlighted during the Marawi battle - urban warfare operations.

“The Philippine military needs to receive [this],” said Steven Rood of Social Weather Stations, a Philippine social research non-profit. “Everyone is onto that. The Australians, the Singaporeans, and the Americans are all now doing that” in the Philippines.

The recent city fighting in Marawi caught the Philippine military by surprise, as their soldiers had been previously trained to engage in jungle warfare. The conflict earned the ignominious title of the longest urban battle in the Philippine’s modern history.

The length of the violence in Marawi also troubled some observers. “It was not supposed to last for five months,” said Zachary Abuza, a professor at the National War College. “I don’t want to take away from the bravery of individual soldiers, but [the battle] revealed glaring weaknesses in the Philippine intelligence, military operations, and joint operations.”

One such weakness proved particularly deadly. During the fight, the Philippine military operated air assets itself, in accordance with domestic law, which prevents foreign military forces from engaging in combat on Philippine soil. Not all of the airstrikes were accurate. These mistakes proved fatal, including one instance where ten Philippine soldiers were killed and eight were wounded by a friendly-fire strike.

In the future, American military officials might be tempted to just handle the airstrikes themselves. But this may not be sustainable. “You want the Americans to help, but you don’t want them to do it for you. Long term, that brings up a whole host of problems,” said Greg Poling, director of the Asia Maritime Transparency Initiative at the Center for Strategic and International Studies.

Instead of providing boots on the ground or manning their own armed air assets, the U.S. will continue providing intelligence, surveillance, and reconnaissance assistance in the fight against extremists, according to the new plan.

At the same time, it is important to match this size advantage with enough equipment for forces to “make sure that the Philippine military does indeed own the night,” said Rood. The Philippine military could further tilt the balance against Abu Sayyaf if the U.S. provides it with more night-vision goggles, something that groups like Abu Sayyaf have only in small quantities.

All of the assistance from the U.S. military is essential in fighting against a mobile insurgency which, during times of pressure from the Philippine military, can easily slip from mainland Mindanao, where Marawi is located, to Sulu, a string of islands to the west and even across borders into Malaysia and Indonesia. Importantly, the Philippines already agreed with Indonesia and Malaysia to cooperate on cross-border pursuit of Islamic militants. This should help limit the freedom of movement of extremist elements.

Sulu Archipelago is Located to the West of Mindanao and Marawi

A report by the U.S. intelligence community pointed to Duterte’s autocratic tendencies as a danger to democracy in southeast Asia. The report highlighted Duterte’s threat to impose martial law throughout the country. Martial law currently exists only on Mindanao.

Still, some analysts believe human rights concerns should be separated from military aid. “Countries shouldn’t cut off military training for human rights violations because in a situation like this, it’s crucial that [military] exercises go forward, and colonels go off to the U.S. and do six months or a year” of exchange, said Steven Rood, pointing to the importance of winning over the Philippine military.

Is it All for Nothing?

But Rood recognized the limits of the advising approach. He pointed to insurgent activity in the Sulu archipelago as a major challenge. “By retraining the units that are there, the U.S. can help in better managing the situation. But that won’t be a solution to the situation.”

Zachary Abuza questioned why the U.S. is still even involved. “I personally am very skeptical of the Philippine military. Why do they never finish the job? We’ve been fighting Abu Sayyaf since 1991. They always manage to slip away.”

Conor McCormick-Cavanagh is a reporter based in New York. He is currently a graduate student studying international affairs and journalism at Columbia University. He previously reported from Tunisia.