Veterans and the Health of a Nation

Veterans and the Health of a Nation 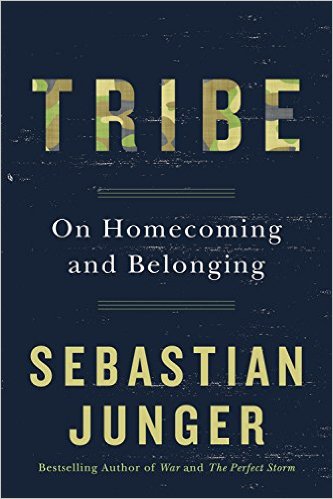 National unity in established countries is often measured or experienced primarily because it is entrenched in the routines of everyday life. We sing the national anthem before sporting and other entertainment events, we have designated days to honor those who have served their country and those have died for it, and perhaps most importantly – and far too frequently – we come together and mourn as a unified whole after a shocking tragedy. However, these experiences are so abundant and have become such a familiar part of societal behavior that they pass into becoming mindless, rather than mindful. And maybe most detrimentally, they are short-lived.

An everyday example of one of these social norms is the meaningless conversation between a civilian and a veteran in which the civilian says kindly to the veteran, “Thank you for your service.” There are complexities at play here in this interaction, and most veterans will tell you that this brief conversation often leads to resentment. The phrase has become so ritualistic that it has ventured into being disingenuous, and even fracturing. The main reason for this, it might be argued, is the veteran views it as being an insincere attempt by the civilian to wipe his or her hands of any social responsibility they have in bridging the so-called military-civilian divide. Veterans made a sacrifice that the vast majority of the population is either unable or unwilling to do, and attempting to reintegrate into a society that has seemingly been going on with their everyday lives, can be difficult.

But is it fair to hold civilians partially accountable for connecting with veterans? We do, after all, have a volunteer military force. No one was drafted into the wars of the past decade and a half. Many would argue that a sign of a unified, successful nation is that it doesn’t have to force its citizenry into conscription or a draft. The problem, however, as social scientists and the veteran community are coming to realize, is that it is this very disconnection between veterans and the society they are returning to that is a primary obstacle to successful transition.

Sebastian Junger, in his new book Tribe: On Homecoming and Belonging, eloquently highlights this problem. If nothing else, Tribe is very timely. Junger’s arguments that our society lacks cohesion and is far too contemptuous ring loudly true in this election season. A war correspondent who has spent his fair share of time imbedded with units deployed to some of the most dangerous combat zones in these wars, Junger understands the military and veterans just about as much as one can without being a soldier themselves. In Tribe, Junger claims that the individualistic nature of society – and all of its alienating elements – makes it problematic for veterans who are returning from war. The very things that might signal a unified nation – the banality of a waving American flag, the ability to continue our lives while others are fighting a war far away – is exactly what is causing veteran pain and struggle.

Junger leans heavily on history in making his argument. While his analysis of past conflicts and tribal civilizations is often too simple and lacks nuance, they fit cleanly into his thesis that more egalitarian, collectivist societies have factually been much better at reintegrating veterans after war. He doesn’t even need to venture into the past to find examples of this; Junger writes that the Israeli military has shockingly low numbers of soldiers that experience mental difficulties after conflict. This is partly a result of, Junger argues, a national conscription that forces everyone to care. A conversation between a veteran and a civilian is sincere and authentic, because that civilian understands the veteran’s experience.

Perhaps this is the appropriate point, then, to address the elephant in the room: the frightening numbers of American veteran suicides and veterans diagnosed with Post-Traumatic Stress Disorder, or PTSD. Junger takes the controversial position that PTSD has been drastically misunderstood, and that the VA has been far too quick to diagnose it. He writes that PTSD can often be faked, (which it can, and is). The failures of the VA, which have been more public and discussed in society than any real coverage of the daily lives of soldiers in war, have resulted in the public acting like there aren’t enough diagnosis of PTSD, and assuming that all these veterans need is simply more healthcare and faster. While the veteran community does need significantly more help in understanding and treating mental illness as a result of their experiences in war, pretending that trauma is always the culprit has led to misguided policies and a failure to recognize what veterans truly need. Connected to this, Junger identifies enduring victimhood as one of the three main things that prohibit successful reintegration of ex-combatants. Treating veterans as if they are all mentally wounded by trauma – lifelong PTSD disability payouts contribute to this, he argues – separates them from their experiences in war, where functionality was everything.

The problem here is that society has largely controlled the narrative of the veteran experience. The military and civilian divide is exacerbated by veterans not believing anyone knows what they went through (ask any veteran why they don’t talk about their war experience, and they’ll respond with, “no one gets it.”).  The oft-recited statistic of twenty-two veteran suicides a day, as Junger is right to point out, is extremely misleading. The vast majority of these suicides are by veterans over the age of fifty-five, not veterans of these wars that are currently transitioning.

Junger does offer a potential solution – albeit a raw one – for allowing veterans to better convey their experiences to the world. He suggests that cities should develop “town halls;” a designated space and time for veterans to come and share their experiences with civilians. Allowing veterans to repair their identities with personal narrative is, conceivably, the most logical and workable solution to their splintered transition into the civilian world.

But what Junger fails to see as a solution – and this is the biggest weakness of the book – is for everyone to stop acting as if going to war isn’t a choice. A problem with Junger’s argument is that he – like many others – treats war as if it were a natural occurrence. He writes eloquently about the unifying effects of natural disasters and how societies unite and become tribal, cohesive communities again in response. While this may be true, and most certainly was the case after 9/11, conflating disasters and war is troubling and unfortunately an accurate way to describe the process in which we as a society choose to go to war. Junger comes too close to comparing war with an unpreventable natural disaster, all the while dodging the grim question of who exactly bears responsibility for those who get hurt, often irreversibly. It’s difficult to find someone to blame for a devastating tornado, but it’s a dangerous precedent to be set if we don’t all examine – both in society as a whole and internally – who should be accountable for the state of the American veteran.

“How do you make veterans feel that they are returning to a cohesive society that was worth fighting for in the first place?”, Junger asks toward the end of the book. Perhaps one way to do this is to allow veterans to return to a country that hesitates a little more before making the decision to send a new generation of soldiers into combat.

Jeff W. McGuire is a U.S. Army veteran, who served as an Infantryman in the Iraq War. He is a Master’s candidate at George Mason University’s School for Conflict Analysis and Resolution, where he is researching the reintegration of this generation of veterans back into society.

I look forward to reading the book.
I would only add that there are all sorts of mentally ill people claiming to be veterans. But I have also read a recent account of a man claiming to be a Holocaust survivor and wasn't and even old Grateful Dead heads and other "hippys" lie about being at the Woodstock concert, and their are hard core radical activists, aka community organizers, who also falsely claim to be veterans to smear Veterans.
I am made aware as a I spend the weekend at an Army Post for an event that the phones are inoperable because of harassing phone calls after the return of a unit from deployment. Simply because there was no draft and no mass demonstrations against the war does not mean there isn't a organized active political agenda that is anti-veteran, it is just more insidious.