Protests in Iraq continue despite the harsh measures against those participating.  Starting Thursday night, October 24th, crowds of protesters in Baghdad, Babel and Nasiriyah gathered to prepare for more protests.  The vast majority of those participating according to the field reports, were males between 15-35 years old. Then Friday morning protests started again in earnest, renewing calls for reform and action. This time both men and women and high school aged boys and girls, joined the protests.

Youth unemployment in Iraq is around 25%, according to the World Bank, which reports more than 20% or one in five Iraqis live below the poverty line; even though Iraq is OPEC’s second largest oil producer.  However, this is a country which ranks as the 12th most corrupt state in the world according to Transparency International.  The protests can be described as an expression of mistrust of the democratic system in Iraq and a rejection of the political and administrative collapse of the Iraqi governments after 2003, coupled with a general state of frustration and outrage only exacerbated by the results of the elections of 2018.

The protests in Iraq are an important issue in the region because of the way they are being leveraged in the regional conflict between Iran and its rivals in the Middle East. There is evidence that many of the more than 155 deaths and over 3,500 wounded, were caused by “foreign”-Iranian militia-shooters.

Iraqi security sources told Reuters that, “The leaders of Iran-aligned militias decided on their own to help put down the mass protests against the government of Iraqi Prime Minister Adil Abdul Mahdi, whose one-year-old administration is backed by powerful Iran-backed armed groups and political factions.”

The violent tactics used against the protesters:  snipers positioned to shoot protestors, kidnapping, burning radio stations and communications equipment, trashing TV stations, blocking social media, threatening journalists, beating young protestors with sticks and clubs; are the same ones utilized during the “Green protests” in Iran 2009-2010, as well as in the Daraa protests in Syria 2011, when Lebanese Hezbollah fighters were used to strike the protesters.

Statements from the Iranian Foreign Ministry supported the Iraqi government to address the protests inside Iraq, all the while Iran secretly moved its own militias into Iraq to disrupt protesters and open fire on them. 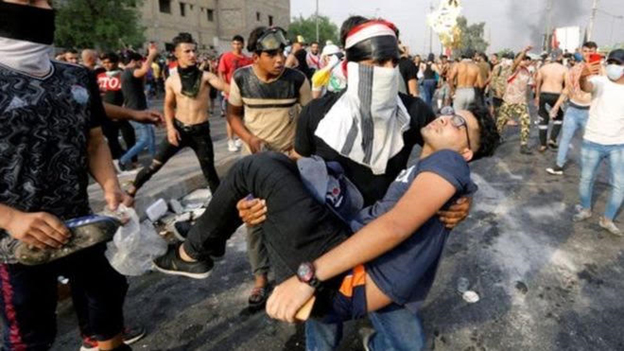 Masses of young people protesting are primarily from poor Shiite areas where militias have sprung up creating economic projects to leverage influence in the Shiite communities, especially among the families and relatives of volunteer fighters, who were killed in the war against ISIS/Daesh from 2014 to 2017.

Shiite tribes are increasingly angry after the killing of their sons during the protests, as well as the involvement of Moqtada al-Sadr's followers.  There is a clear political rivalry between the wing of Faleh al-Fayyad versus the wing of Abu Mahdi al-Mohandes, two prominent leaders in the Popular Mobilization Forces.

There is a strong desire for Nuri al-Maliki the leader of the Dawa Party to return to the political front in Iraq.  Yet the Shiite tribal factions are more splintered than ever, and previous, traditional alliances seem to be fractured at present.

Adil Abdul-Mahdi is barely holding onto his position as Prime Minister.  He declared a three-day period of mourning the week after the first round of protests and announced the formation of an investigative committee to report on the cases of “excessive force and violence” and identify those responsible.

It is anticipated that this committee will shift the blame to a group of junior officers involved only in the execution of orders. As in other “investigations” those officers who do not belong to influential political parties will be held responsible.

The Iraqi government will continue to control the media through whatever means it chooses, whether by revoking licenses from satellite TV offices, sending armed groups to burn TV offices, attacking, threatening or arresting journalists.  At present over 1,500 persons have been “detained” by the Iraq government military, law enforcement and intelligence services.   Many people have been “disappeared” and their families do not know their whereabouts.   This is not the conduct of a “democratic” government.   However, there has not been enough vocal condemnation by the international community.   Only a few international human rights organizations have been able to report and disseminate accurate information. 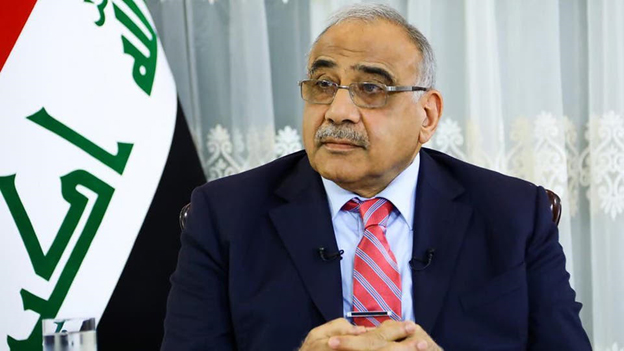 “Amnesty International continues to receive reports of activists and journalists being threatened by security forces who have warned them that if they continued to speak out against human rights violations committed against protesters they would be added to a blacklist compiled by intelligence services.”

Only the regional government of Kurdistan (KRG) has shown a positive political attitude towards the current government and the dominant political parties.  The KRG confirmed confidence in the capabilities of Adil Abdul Mahdi to manage the crisis.  Kurdish Asayish forces have also prevented any solidarity protests with protesters in Baghdad and southern Iraq.  This Autumn there have been no protests in the Kurdistan region, so far.

The wave of repression and violence against any protests is likely to continue in Iraq.  However, this is a phase that could develop into counter-violence, an uprising more organized, armed against those who will open fire against the protesters, and against those who attempt to arrest and detain them.

Iraq is on the threshold of a crisis similar to the one leading up to the Syrian civil war.  Some of the same foreign influences can be seen as well-stirring up and sowing discord to weaken the existing government even further.  Once again, the government responded over the weekend (Friday-Monday, October 25-28) with a robust show of force. At least three protestors were killed, and hundreds wounded or suffering from the noxious effects of tear gas.  Reports from on the ground and videos via social media including twitter, showed the protesters were peaceful. Some police officers were upset by the tactics-caught on video by citizen journalists and sent to twitter accounts overseas.

The Prime Minister sent in his “special units” wearing masks and brandishing weapons at the gates of the Green zone in Baghdad (photo from Steve Nabil).  The Iraqi government sent a clear message they had not changed their strategies from the previous week of protests, regardless of their public announcements to the contrary. “Reports of gunfire, water cannons, and tear gas were used to push protesters back to Tahrir Square in central Baghdad.”

If the political players and political parties are unable to remedy the crisis through lawful means to the satisfaction of the general population, the protesters and their tribes; civil unrest will escalate.  There is no strong leader to unite disparate groups in Iraq.

Mustafa Hasan, a writer and journalist, is the Deputy Editor in Chief at Institute for War and Peace Reporting in Baghdad.  He is also the Head of Pen Iraq Center (a branch of Pen International), Program manager at the Iraqi Observatory for Human Rights, contributor to the Hoplite Group as well as an independent researcher in the field of human rights, political sociology and Islamic political movements.