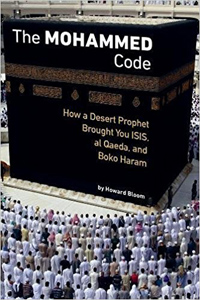 Bloom has written an extraordinarily thorough and richly descriptive argument, with a variety of supporting themes. Readers should start with the last chapter before the first. This chapter shows his great objective: To understand the thinking of radical Islamic militants like Osama bin laden and Daesh leader al-Baghdadi. Bloom logically takes great pains to trace the historical development of this form of thinking, using the orthodox literature of leading Islamic historians and jurists, because militants like bin Laden and al-Baghdadi claim these sources for their program and methods. He documents his deep, intensive research into the Hadith literature with 1930 footnotes.

This book should not be considered as any form of claim regarding the general beliefs of Muslims, or any argument about Islam itself as a religion (although the casual reader may jump to such a false perspective). This book has a much different objective, which has its own humane and liberal viewpoint.

For example, he bases his argument on social and biological research, attempting to explain the behavior of militant Islamists as the product of continuing psychological and social attributes of human beings, sharing many behavioral patterns with animals. He compares the biological research into the behavior of youth gangs, chickens, and rats subjected to physical stress. He concludes that these cases display a similar pattern: individuals deal with stress by abusing the weakest, or the “nerd” in the group. Leaders target the helpless as a tool for building social cohesion, and promoting the confidence of the group in its competition with other groups. He argues: “Every gang has its leader, its bully, its joker, and its nerd” (82). “The same is true in the pecking order of societies, the pecking order of nations and the pecking order of civilizations” (82). He documents the four times in which Muhammad destroyed a tribe of Jews, and concludes this represents using a strategy of attacking a scapegoat to build group cohesion.

Despite this ostensibly academic content, the eminently engaging, easy-to-read tone and style of the book holds the reader’s attention and interest. Bloom uses a repeated motif of “memes” and “meme hooks” to describe the psychological power of the personal and organizational doctrines and tactics that Muhammad used to build an effective, cohesive militarily force. He summarizes the staggering military victories of Islamic armies, and argues that they constitute an important form of evidence and guidance for Islamist militants today.

Bloom offers a number of well-documented and interesting case studies. For example, an excellent overview of the consequences of the massive recent Muslim migration to Europe and the attendant rise in crime, violence, and mass casualty attacks. He also carefully notes the education and middle-class background of most of the militants. He contrasts the view of Islamic militants seeking “the peace of the grave” and “the peace of the prison” to the European view of peace through trade and political federation. Bloom concludes that the 1,100 year history of peace movements in Western Civilization has had a soporific effect, citing Stephen Pinker’s The Better Angels of our Nature. In contrast, he describes the claim of Islamist militants that pursuing peace requires warfare, following the example of Muhammad.

In another case, this book offers a great deal of detail on the protracted Muslim youth riots in Europe, primarily France, in September 2005. He refutes the arguments that these riots merely reflected poverty, unemployment, discrimination, and racism, using quotations from Muslim websites tajdeed.net and alsaha.com bragging about their attacks as Jihad 3.0. Bloom also notes the efforts to Muslim leaders to calm down the angry teenagers. He cites the South Asia Analysis Group in its claim that the riots may have begun spontaneously, but then were “prodded along by three international extremist groups: Hizb-ut-Tahrir, which operates in 40 countries, Lashkar-e-Toiba, based in Pakistan and Jamaat-ul-Fuqra, a New York and Pakistan-based Jihadist group” (176). Meanwhile the UPI reported that “the radical Algerian Salafist Group for Preaching and Combat claimed credit for the rampage” (176).

In other chapters, he traces the development of CAIR, its practice of deception and support for militants (many of its leaders arrested for such support.) He discusses the Nation of Islam, which leads him to document the large and sophisticated efforts to promote Salafi Jihad doctrine in the American prison system.

Bloom makes some interesting claims in his discussion of Sufism: “In Baghdad Abd al-Qadir al Jilani focused on the quest for ecstatic emotions, on summoning those emotions by reciting poetry that praised Muhammad at the top of your lungs, and on practicing kindness and charity.”  He also notes the heroism of Muslims who fight against violence: Munawar Anees, former advisor to the Deputy Prime Minister of Malaysia, and founder of two of the leading journals of Islamic Studies in the Islamic World: Periodica Islamica and the International Journal of Islamic and Arabic Studies; and Kamal Nawash, founder of the Free Muslim Coalition Against Terrorism in Washington DC

Bloom calls Ayaan Hirsi Ali a “Muslim reformer,” when in fact she is openly an atheist.[1] He copies the list of genuine Muslim reformers that she printed in her book Heretic: (p 231).

In sum, despite the danger that a causal reader might extrapolate the argument made here—regarding  the way in which radical militants think—to assume some claims regarding the beliefs of Muslims in general, this book offers a great deal of valuable information on a variety of pressing social problems. The clear, fluid writing draws the reader into this colorful and engaging story. Readers should be careful to keep their eye on the forest, the big idea, that radical militants claiming the mantle of political Islam employ extremely powerful psychological and social tools, supported by a rich historical legacy. The thorough documentation from original sources and the rich case studies make this book valuable for anyone seeking greater understanding of some of the most disruptive social movements operating today.

[1] After reading the Atheist Manifesto by Herman Philipse, she became an outspoken atheist. She was the keynote speaker of the American Atheists convention in 2014. http://www.conservapedia.com/Ayaan_Hirsi_Ali

Dr. Jonathan K. Zartman is an Associate Professor of Security Studies at the Air Command and Staff College, Maxwell AFB.