Operational art provides the bridge between tactical actions and strategic objectives. It involves a systematic and deliberate campaign planning process for major operations in a theater of war.[i] Since the beginning of the industrial age and the advent of large conscript armies, there has been a need to link tactical actions to strategic objectives. Russian operational art began in the 1920’s and has evolved to today’s New Type Warfare and the concept of Reflexive Control.

Russian operational art began under Aleksandr Svechin during the 1920’s. He defined operational art as the conceptual linkage between strategy and tactics, where commanders link successes tactically with operational bounds to strategic objectives.[ii] Svechin proposed a strategy of attrition as an option outside of destruction in a decisive battle. The goal of attrition is to gradually deplete the enemy’s capability to wage war over a successive series of tactical engagements. “The operations of a strategy of attrition are not so much direct stages toward the achievement of an ultimate goal as they are stages in the deployment of material superiority, which would ultimately deprive the enemy of means for successful resistance.”[iii]

M. N. Tukhachevsky has also been credited with the development of Soviet operational art and the concept of mechanization, militarization of the Soviet economy, deep battle and its transformation into deep operations theory focusing on the annihilation of the enemy through the depth of his defenses.[iv] He first detailed his understanding of the modernization of war and operational level of warfare in a 1926 article:

Modern tactics are characterized primarily by organization of battle, presuming coordination of various branches of troops. Modern strategy embraces its former meaning: that is the ‘tactics of a theatre of military operations’. However, this definition is complicated by the fact that strategy not only prepares for battle, but also participates in and influences the course of battle. Modern operations involve the concentration of forces necessary to deliver a strike, and the infliction of continual and uninterrupted blows of these forces against the enemy throughout an extremely deep area. The nature of modern weapons and modern battle is such that it is impossible to destroy the enemy’s manpower by one blow in a one-day battle. Battle in modern operations stretches out into a series of battles not only along the front but also in depth until that time when either the enemy has been struck by a final annihilating blow or the offensive forces are exhausted. In that regard, modern tactics of a theater of military operations are tremendously more complex than those of Napoleon. And they are made even more complex by the inescapable condition mentioned above that the strategic commander cannot personally organize combat.[v]

Tukhachevsky understood the requirements for an operational level of war to provide the linkage between strategy and tactical actions across the battlefield and throughout the entire depth of an enemy. He also postulated the importance of the critical factors of depth, continuity, synergism and wholeness and developed an understanding of operational shock (udar) and impacts in the enemy as a system.[vi] The overarching goal is to create an operational approach that will achieve simultaneous paralysis of the entire depth and breadth of the enemy formation through operational maneuver. This paralysis will neutralize the opponent’s system and subcomponents creating the opportunity for annihilation and victory and achieving the strategic goal. Isserson further developed the concept and provided models for the operational formations that would achieve a deep breakthrough. A hallmark of his concept is developing ‘depth-to-depth blows’ and ‘operational simultaneity.’[vii]

Current Russian strategy has continued to modernize the deep battle concept with the two critical aspects of ‘new-type warfare’ and reflexive control. The Russians have developed New-type warfare in an effort to gain asymmetric advantage against an opponent’s technological advantage, specifically that of the United States.[viii] General-Lieutenant Andrey Kartapolov in 2015 described the theory and key components. Kartapolov postulates that new-type warfare involves 80-90 percent propaganda and 10-20 percent violence.[ix] He provided a graphic that outlines the phases of New-Type warfare (see Appendix 1, Figure 1). Deep battle resonates throughout, and it expounds the development of Russian operations across domains to shape operations prior to conflict using “hybrid methods” across multiple domains to create windows of advantage.

The second modern Russian theoretical concept is reflexive control. Reflexive control is applied as a means to interfere and manipulate an opponent’s decision-making cycle. It can target human decision making and organizational decision-making systems and processes. Reflexive control can also be applied through automated systems and digital mission command architecture. Reflexive control is “a means of conveying to a partner or an opponent specially prepared information to incline him to voluntarily make the predetermined decision desired by the initiator of the action.”[x] One of the goals of reflexive control is the temporary slowdown of the adversary’s tempo and operational level decision making process.[xi] This adjustment in tempo creates windows of opportunity for Russian exploitation of changes in tempo and potential opponent decisions that shape the operational level forces into the overall Russian operational design and approach.

A significant aspect of RC is the targeting of technology as well. The goal is to use RC control as a shaping operation to disrupt the opponent’s understanding of the operational environment. Through manipulation of reconnaissance assets, satellites, weapons guidance systems and associated technology and systems used by the opponent, the Russians use RC to shape opponent understanding, feint direction of attacks, and manipulate portions of the mission command architecture.[xii] RC is part of the Russian targeting methodology and process to identify weak links and means to exploit. The interference at a minimum aims to achieve temporary paralysis of the opponent’s decision-making process and operational tempo.[xiii]

Another critical aspect of reflexive control is the concept of complex or double-track control. Critical and corresponding to control of the enemy is the ability to exercise appropriate mission command over friendly forces. Reflexive control creates windows of opportunity for exploitation. In order to exploit the opportunity, Russian friendly units must have a plan in place to exploit the opportunity and gain the initiative at the tactical, operational and strategic levels. Reflexive control requires synchronization and has a spatial-temporal aspect.[xiv] Appendix 1, figures 2 and 3 are visual depictions of the planning methodology linking the Russian decision-making process to reflexive control of the enemy, the information packet (IP), and the combat mission (CM) of Russian elements seeking to exploit the process.

Russian operational art has evolved greatly since its emergence in the 1920’s under Svechin. Deep-operations has continued to broaden its scope and scale with the advent of new technologies, information operations, cyber, and media exploitation in the information age. Operations in Estonia, Georgia, and Ukraine have provided the final testing grounds as the Russians exercise proof of concept for New Type Warfare. New Type Warfare is an ever-present threat in Syria as Russia contests the Coalition and contends for a larger role on the world stage as a leading world power with the ability to defeat ISIS, provide humanitarian assistance to the Syrian internally displaced persons and bring a peaceful resolution to Syria.

The views represented in his articles are those of the author alone and do not reflect those of any government or organization with which he is associated. 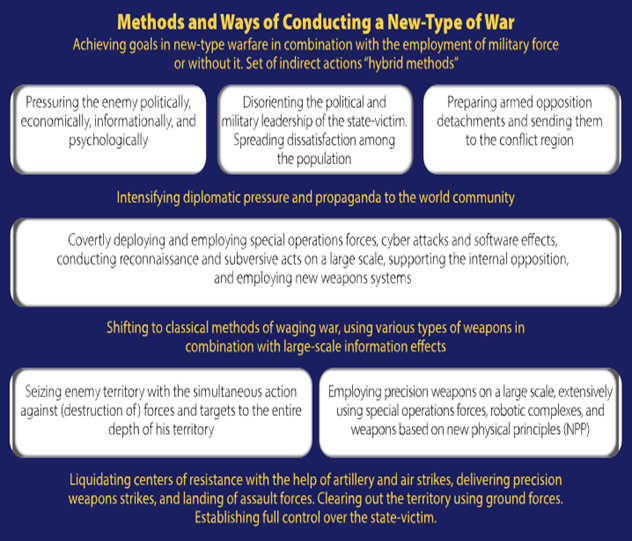 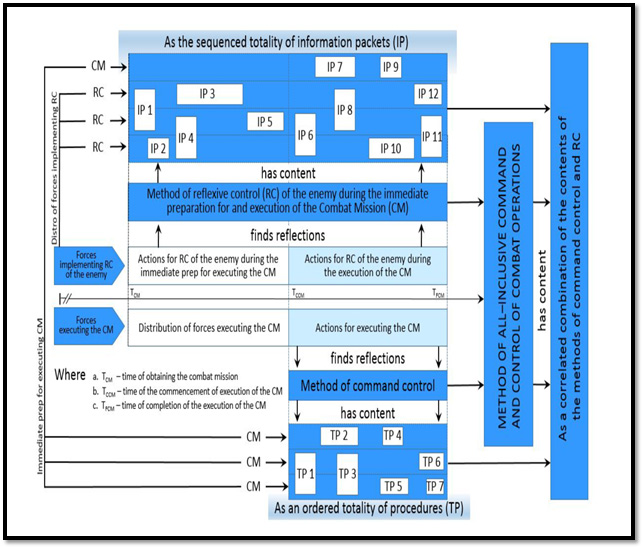 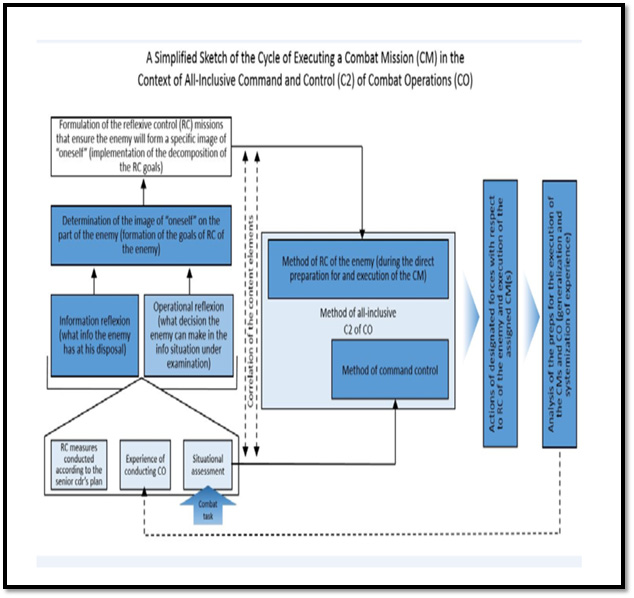 [i] John Andreas Olsen and Martin van Creveld, The Evolution of Operational Art: From Napoleon to the Present (Oxford: Oxford University Press, 2011), 1.

[viii] Kartapolov, “Lessons of Military Conflicts and Prospects for the Development of Resources and Methods of Conducting Them. Direct and Indirect Actions in Contemporary International Conflicts,” 39.

[ix] Kartapolov, “Lessons of Military Conflicts and Prospects for the Development of Resources and Methods of Conducting Them. Direct and Indirect Actions in Contemporary International Conflicts,” 40.

LTC Ronald W. Sprang is an infantry officer currently serving as the deputy CJ35 (future operations) Chief of Plans for Combined Joint Task Force-Operation Inherent Resolve. He has served in combat as a rifle platoon leader (OIF I) in the 101st Airborne Division, twice as a company commander (2x Iraq deployments) in the 1st Cavalry Division, and as a battalion and brigade operations officer (Afghanistan) in the 10th Mountain Division. He is currently forward deployed in support of operations in Arifjan, Kuwait.