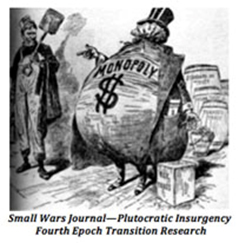 The travel site Orbitz made headlines when it was revealed to have calculated that Apple Mac users were prepared to pay 20-30% more for hotel rooms than users of other brands of computer[s], and to have adjusted its pricing accordingly.

Artificial intelligence (AI) algorithms built into business applications software is increasingly changing how multinational corporations interface with their customer base. Such ‘learning software’—when combined with massive data sets tracking hundreds of individual (i.e. client specific) and group purchasing, life style, and socio-economic variables—allows for corporate profit optimization to take place when goods and services are offered to the consumer by means of ‘dynamic’ and ‘algorithmic’ pricing strategies. While such AI derived profit optimization may represent an additional revenue stream to big business shareholders, it also means that the consumer shopping experience is increasingly becoming like that of extended casino gambling—with the house taking small wins hand after hand—rather than a free and fair market exchange between buyers and sellers.

The writer William Gibson once said that the future is here, just not evenly distributed. That was the case with the World Wide Web 20 years ago, when some business models—notably e-commerce and new media—took off faster than others. Now a similar trend is happening with artificial intelligence, or AI.

The promise of AI has seemingly been just on the horizon for years, with little evidence of change in the lives of most consumers. A few years ago, buzzwords like “big data” hinted at the potential, but ending up generating little actual impact. That’s now changing, thanks to advancements in AI like deep learning, in which software programs learn to perform sometimes complex tasks without active oversight from humans.

Deep learning algorithms have been powering self-driving cars and making quick progress in tasks like facial recognition. Now these innovations are beginning to find their way into the daily lives of consumers as well…

ROTTERDAM, the Netherlands—One recent afternoon at a Shell-branded station on the outskirts of this Dutch city, the price of a gallon of unleaded gas started ticking higher, rising more than 3½ cents by closing time. A little later, a competing station 3 miles down the road raised its price about the same amount.

The two stations are among thousands of companies that use artificial-intelligence software to set prices. In doing so, they are testing a fundamental precept of the market economy.

In economics textbooks, open competition between companies selling a similar product, like gasoline, tends to push prices lower. These kinds of algorithms determine the optimal price sometimes dozens of times a day. As they get better at predicting what competitors are charging and what consumers are willing to pay, there are signs they sometimes end up boosting prices together…

Online retailers are increasingly using your personal data to decide how much to charge you. And high-street shops are about to get in on the act…

…The notion of “dynamic pricing” has long been familiar to anyone booking a train ticket, a hotel room or holiday (Expedia might offer thousands of price changes for an overnight stay in a particular location in a single day). We are used to prices fluctuating hour by hour, apparently according to availability. Uber, meanwhile, has introduced—and been criticised for—“surge pricing”, making rapid adjustments to the fares on its platform in response to changes in demand. During the recent tube strikes in London, prices for cab journeys ‘automatically” leapt 400%. (The company argued that by raising fares it was able to encourage more taxi drivers to take to the streets during busy times, helping the consumer.)

What we are less aware of is the way that both principles have also invaded all aspects of online retailing—and that pricing policies are not only dependent on availability or stock, but also, increasingly, on the data that has been stored and kept about your shopping history. If you are an impulse buyer, or a full-price shopper or a bargain hunter, online retailers are increasingly likely to see you coming. Not only that: there is evidence to suggest that calculations about what you will be prepared to pay for a given product are made from knowledge of your postcode, who your friends are, what your credit rating looks like and any of the thousands of other data points you have left behind as cookie crumbs in your browsing history…

…Prices already fluctuate online for certain products and services like airline fares, hotel rooms and ride-sharing services like Uber. One day you score a great deal, the next you end up paying a bit more than you wanted.

Most people focus on the positive—the bargain they got. But what if such flexibility and uncertainty was a feature of all your shopping?

Until now, those variations have been dictated by the laws of supply and demand: a price surge algorithm detects a spike in demand and ups the charge—following the fundamental logic of the market.

But new developments in artificial intelligence are radically changing the relationship between retailers and customers.

Besides supply and demand, what’s also now becoming important is the maximum price you're willing to pay. And that calculation is made not by you, but by an algorithm…

What: The use of artificial intelligence (AI) linked to ‘big data’ pools of information on individual customer spending behaviors, lifestyle choices, and socio-economic profiles cross-linked to seller and competitor real time product and service pricing as well as to sales and transactions.

When: Increasingly over the last decade with heightened media interest within the last year.

Where: Not only within the United States and Europe but increasingly transnationally across liberal democracies as well as throughout the online global web.

Why: For multinational corporate profit optimization for e-business and brick-and-mortar stores products and services.

Analysis: Thousands of large businesses and multinational corporations are now getting a ‘helping hand’ from the use of artificial intelligence (AI) algorithms linked to big data pools that draw upon customer tracking software and real time market pricing and sales updates. These algorithms allow for corporations to engage in the additional extraction of anywhere from a few pennies a gallon for gasoline through to hundreds of dollars for large consumer goods or airline flights during each customer transaction, as a component of dynamic and algorithmic pricing strategies that result in hundreds of billions of additional dollars added to their yearly revenue streams.

Artificial intelligence employed as a form of ‘subtle e-market strong arming’ that squeezes additional profits out of unsuspecting consumers represents a far cry from the spirit of free market capitalism discussed in Adam Smith’s 1776 work The Wealth of Nations. A 21st century revision of the work would now be more in line with the concept of the wealth of corporations benefiting their plutocratic elite shareholders. In the predatory—extra-sovereign—capitalist economy that is emerging, individual consumers have become ‘marks’ to be shaken down by transnational corporations for the last pennies in their pockets as part of their initiatives towards profit optimization.

The corporate shakedown process begins with creating individual consumer profiles on not only their past spending habits but also on their lifestyle specifics and socio-economic level as well as arcane data such as the type of computer they use, preferred routes to work, vacation spots, favorite ice cream, and the online movies that they watch. The detailed consumer picture that can now be created far exceeds anything a Stasi analyst would have ever hoped for:

Facebook has about 100 data points on each of its 2 billion users, generally including the value of your home, your regular outgoings and disposable income—the kind of information that bazaar owners the world over might have once tried to intuit. Some brokerage firms offering data to retailers can provide more than 1,500 such points on an individual.[2]

Once a consumer’s ‘intelligence file’ has been assembled, it resides in the world of online big data which is accessed by corporate AI systems that implement optimization strategies during each and every consumer interaction that takes place. The AI as a learning system—much like the old IBM Deep Blue chess-playing computer but now many magnitudes more powerful and advanced[3]—utilizing predictive analytics determines the appropriate product ‘transaction approach,’ drawing upon those individual intelligence files as well as the up-to-the-second demand and supply of the specific goods in question for market contextualization purposes.

Hence, the revenue streams generated by commodities—such as all the seats for an airline flight—are now being approached by AI systems as ‘games’ that can be maximized against a few hundred consumers for every iteration of play over and over again. Rather than open information games such as chess, with known rules and complete game-board awareness provided to both players, corporate and consumer interactions are now looking a lot more like a never ending poker game with the house constantly changing the rules and possessing complete awareness of all the cards held by those playing at their tables. What makes this ongoing game so insidious is that the consumer a) is not a willing participant like a gambler who knowingly places their bets, b) can’t walk away from the table like they would in a casino after they have lost their money, and c) doesn’t even know that they are in a game in the first place, much less that they have AI systems implementing strategies against them during each and every online transaction that they are involved in to extract as much money as possible from their wallets.

With the outcome of such seller and buyer transactions preordained—humans cannot compete with AI invested with “almost superhuman insight into market dynamics”[4]—another indicator of the eclipse of state-moderated capitalism has taken place. States, especially liberal democratic ones, have a social contract with the governed to protect them from predatory market forces such as multinational (and increasingly stateless) corporations. What is possibly most astounding about this situation is that, while much recent and vocal consternation exists about artificial intelligence someday being deployed on the battlefield, similar capabilities have already been unleashed in the online—and increasingly brick-and-mortar—global marketplaces with little to no protest by the representatives of states or non-governmental organizations.

[2] Tim Adams, “Surge pricing comes to the supermarket.” The Guardian.

Pamela Ligouri Bunker is a researcher and analyst specializing in international security and terrorism and is a past senior officer of the Counter-OPFOR Corporation. She holds undergraduate degrees in anthropology-geography and social sciences from California State Polytechnic University Pomona, an M.A. in public policy from the Claremont Graduate University, and an M.Litt. in terrorism studies from the University of Saint Andrews, Scotland. She is co-editor of Global Criminal and Sovereign Free Economies and the Demise of the Western Democracies: Dark Renaissance (Routledge, 2015) and has published many other referred and professional works.