Killing terrorists is not all about kinetic strikes, area clearances, and pinpoint raids.  Terrorist organizations must be pressured in every aspect of their organization’s lifeblood.  Attacking their coffers, often referred to as “counter-threat financing,” or CTF, is a key aspect of hurting terrorists from growing future capabilities and preventing future high-profile attacks.  A key method terrorist organizations manage to accomplish their financial business is by laundering money through many different venues and exploiting local “cash crops,” a term used loosely in a place like Afghanistan, where it could mean poppy and marijuana, or marble mines, timber, and lapis stones.  However, while terrorist organizations benefit from money laundering, the more serious aspect of this issue continues to be its epidemic hindering of the economic growth and sustainability of the government of Afghanistan; and the hawala system is the primary liability.

Money laundering, including the financing of terrorism, along with drug trade, criminal activity, and corruption, is devastating Afghanistan’s already weak economy.  The 2015 GDP for the country of Afghanistan was only $19.33 billion.[i]  With an economy suffering from a deficit in balance of trade of -$7.1 billion and current account of over -$4.8 billion,[ii] the last thing their economy needs is a rampant money laundering epidemic where illicit and often untraceable “dirty money” freely flows, further frustrating the economic instability of Afghanistan.[iii]  A Ministry of Finance report indicated “only 35 percent of the financial flows within the country are legal.”[iv]  The main culprit is the hawala system, “an important informal institution . . . handling both financial transfers and currency exchange.”[v]  If the U.S. wants to help Afghanistan stabilize its economy and attack terrorists’ financial lifeblood, it must work with its government to develop an action plan to implement “a fully functioning banking system . . . sensitive to the needs of an emerging licit economy.”[vi]  Providing full visibility of money transfers would allow the government to manage money demand, interest rates, levy taxes and duties, and provide long-term stability for the Afghan economy and legitimacy to its government, all the while cutting off a key element of the CTF efforts against the Taliban, ISIS-K, and Al-Qaeda.

Money laundering is a widespread problem plaguing even well-functioning, developed countries.  To portray how much of an issue money laundering is globally, the International Monetary Fund in 2008 estimated the annual amount of “dirty money” laundered worldwide was “about $1.8 trillion,”[vii] or the equivalent of 10 percent of U.S. GDP.  The cycle of money laundering happens in many forms, but occurs through a basic three-stage process including placement, layering, and integration.[viii]  The first stage, placement, is where terrorists and criminals move the cash from its original form and attempt to process it in such a way that it can then be “blended” into other forms of currency (ex. drug money, black tar opium, lumber, precious stones).  In doing so, they separate the original source of income from the criminal act committed to acquire the asset.[ix]

The second, and most complicated, step of the money laundering cycle is layering.  During this stage, the illegal actor disguises the trail of the source of illicit income to prevent any domestic or international legal or law enforcement body to pursue the assets, freeze funds, or make arrests affiliated with the “black money.”[x]  During this phase, the illegal money is “washed” to move it from the black to the “white,” or clean, side of the economy by passing through the layered “gray zone.”  The illegal actors can then bypass any legal monitoring and governments’ ability to enforce customs or taxes on the import/export, charge exchange fees, and track the influx of money moving in and out of its economy.  This not only complicates the counterterrorist and law enforcement’s ability to enforce the law against the illegal activity, but also destabilizes economies, especially already weak ones such as Afghanistan.

The third stage, integration, completes the cycle by “making the money available to the criminal, once again, with its occupational and geographic origins hidden from view.”[xi]  The money can then be appropriated for both legal and illegal activity by criminals, terrorists, smugglers, and corrupt officials alike.  The easiest method to accomplish money laundering in countries with weak and sparse banking institutions in the Muslim world is the hawala system.

The Arabic word hawala means “change” or “transform,” and those who provide the services are known as hawaladars.  In the 1990s, the Taliban regime replaced the formal banking system with the hawala market.[xii]  Today, the hawala system in Afghanistan is a covert means to move terrorist funds, however, it also serves as the “most effective, reliable, and sometime sole method for moving funds across the country,”[xiii] because most rural Afghans do not have access to the central banking, specifically outside Kabul.  An international anti-money-laundering organization known as the Financial Action Task Force estimates “more than half of all transactions in Afghanistan involve hawala brokers.”[xiv]  Not all hawala transactions are for illicit activity, but based on the volume, its lack of centralized oversight, and limited monitoring, it is difficult for the economy of Afghanistan to properly maintain sound monetary policy.

Despite 18 years of international involvement, vast amounts of cash flow cannot be regulated by the government, or even taxed in most cases.[xv]  In 2015, estimates place Afghanistan’s illicit economy activity at $1 billion, which includes “drug trafficking, smuggling, unregulated trade, and fraud in procurement contracts [that] are encumbering the country’s economic development and funding the terrorist groups that undermine its stability.”[xvi]  The opium economy in Afghanistan is worth approximately “$1.5 billion, or around seven percent of the country’s GDP.”[xvii]  While there are many other factors afflicting the Afghanistan government and economy including security issues, corruption, smuggling, opium as a cash crop, and unaccommodating neighboring nation-states, the hawala system must be addressed if the Afghanistan government and the U.S.-led NATO efforts will ever see its economy stabilize and its resident terrorist organizations financially chocked out.

Due to the destructive effects the hawala system has on the Afghanistan economy, the government and advisors from the international community should consider adopting multiple policy changes for Afghanistan reconstruction efforts.  First, integrating and eventually replacing the hawala system with a centralized banking system will assist the Afghan government with stabilizing a volatile economy.  Over the years since September 11, 2001, the Afghan government “continues efforts to increase revenues by improving revenue administration and enforcement and broadening the tax base . . . essential for achieving fiscal sustainability, delivering priority development expenditures and a reduction in aid dependency.”[xviii]  This cannot be accomplished when the country relies upon an informal system that largely still exists outside the government’s control.  It also adds a level of accountability and transparency to the Afghan government, still plagued by accusations of corruption, real and perceived.

If the U.S. does not assist the Afghan government in preventing the hawala system to exist, largely unchecked, “money laundering can erode the integrity of a nation’s financial institutions.  Due to the high integration of capital markets, money laundering can also adversely affect currencies and interest rates.”[xix]  One of the biggest constraints to private sector development continues to be high interest rates, currently set at 15%, largely due to high inflation and risk premiums.  The high interest rates “could jeopardize the growth of the nascent financial sustainability of the private sector.”[xx]  To promote growth, the U.S. must assist the Afghans in converting the informal hawala system into a part of the legitimate banking system of the state.  In addition to the adverse effects money laundering can have on Afghanistan’s currency, it “can increase the threat of monetary instability due to the misallocation of resources from artificial distortions in asset and commodity prices.”[xxi]  In the long run, shifting Afghans away from the hawala system will take time and effort, but is necessary for economic stability.

Second, addressing the hawala system will help stabilize the economy by isolating and obstructing terrorist financing and corrupt government officials.  This action will legitimize their economy while also reducing the funding available for insurgent and terrorist activities continuing to erode the security of the country.  These illegal activities ultimately reduce the production possibility frontier of the country and limits foreign direct investment because of the high level of risk involved for investors and those interested in private sector growth and development.  This reform would have a cross-cutting effect that would not only benefit the Afghan economy but also our counterterrorism and counternarcotic efforts with our partners in the country and region.

Third, corruption, which remains rampant in the Afghan government, must be more severely addressed.  Based on the findings in the 2016 Special Inspector General for Afghanistan Reconstruction report on the Afghanistan High Office of Oversight, an institution created in the summer of 2008 to “combat corrupt practices within the government” remains largely inept and ineffective in holding corrupt officials accountable for illegal actions.[xxii]  Eliminating the hawala system would be a productive measure in reducing corruption and CTF by taking away a key input into the corruption deeply nested in the Afghanistan government, which ranked a horrific 11 out of 100 on the 2015 Corruption Perceptions Index reported by Transparency International.[xxiii]  Abolishing the hawala system would obstruct corrupt officials from participating in illegal activity and force them to move assets above the table rather than below it.

Fourth, money laundering leads to a significant loss in tax revenue.  This “indirectly harms honest taxpayers . . . [and] makes government tax collection more difficult. This loss of revenue generally means higher tax rates than would normally be the case if the untaxed proceeds of crime were legitimate.”[xxiv]  The country suffers from a GDP per capita income of $624 per year* (only 5% of the world’s average), a 40% unemployment rate, a 20% corporate and personal income rate, and a 10% sales tax.[xxv]  It is no wonder many Afghans are frustrated, and potentially radicalized, against a highly corrupt and inept government taking a large percentage of their measly income while many in the higher, more connected class enjoy under the table deals with hardly any oversight or accountability.

Overall, the Afghan government’s inability to properly address the hawala system as an informal means of cash flow “may result in inexplicable changes in money demand and increased volatility of international capital flows, interest, and exchange rates.  The unpredictable nature of money laundering, coupled with the attendant loss of policy control, may make sound economic policy difficult to achieve.”[xxvi]  Pragmatically and culturally, eliminating the hawala system will be a long, expensive, and emotional endeavor.  However, it is a lynchpin to stabilizing the Afghanistan economy, reducing terror and criminal influence on its population, preventing corruption in the government and eroding its legitimacy, and promoting growth.  Reformation of their banking system, including the hawala transactions, could eventually lead to economic independence without the reliance on external donors to keep its economy and government afloat.  It is a long-term venture well worth its eventual return on investment, both for their domestic economic situation and our own national security interests.

Peters, Gretchen.  Seeds of Terror: How Heroin is Bankrolling the Taliban and al Qaeda. New

Thompson, Edwina. “The Nexus of Drug Trafficking and Hawala in Afghanistan,” UNODC,

Annex A: Balance of Trade of Afghanistan 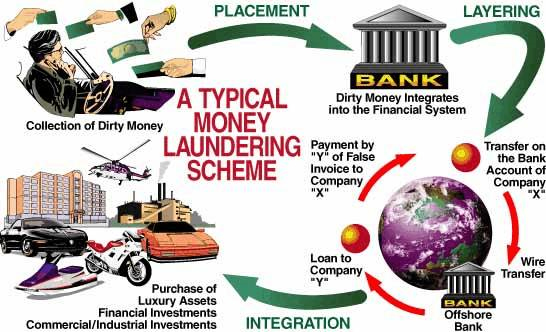 [iii] See Annex A and Annex B.