BROWNSVILLE — A Border Patrol agent with alleged ties to a Mexican drug cartel has been arrested in connection with the beheading of a Honduran man in March.

Joel Luna, 30, was taken from his Hebbronville home on a charge of possession of a controlled substance Thursday by Cameron County sheriff’s deputies, Texas Rangers and federal agents.

On Friday morning, Luna, who had been transferred to Cameron County, was charged with capital murder, engaging in organized criminal activity and tampering with physical evidence. He is being held without bail.

The investigation into Luna, an agent for the past six years assigned to a checkpoint in Hebbronville, began shortly after the June arrest of four men who would later be charged with capital murder in the death of Franklin Rodriguez Palacios Paz of Honduras.

At the time, Cameron County Sheriff Omar Lucio declined to comment on the possible involvement of organized crime in Mexico. But on Friday, he said investigators now believe that the case is connected to a drug cartel across the border.

Palacios was reported missing days before his headless body was pulled from the Laguna Madre off South Padre Island by a fisherman. His chest had been mutilated with a sharp object, suggestive of organized crime violence in Mexico, officials said.

Palacios had a criminal history, including drug- and immigration-related arrests, and he had been detained by the Border Patrol for being in the country illegally. His common-law wife said he was in the country unlawfully at the time of his death. His remains were identified by his fingerprints in a federal database. His head has not been found.

In the course of the investigation, sheriff’s deputies found that Palacios has been killed in Edinburg, where he and four of the men who stand accused of ending his life worked in Veteran’s Tire Shop.

Through interviews with the accused, investigators learned of a safe that Joel Luna allegedly had hidden in the home of his mother-in-law in San Juan. Stashed in the safe was a kilogram of cocaine, an undisclosed amount of methamphetamine, two handguns and nearly $90,000, all of which was seized by authorities.

The Border Patrol released a statement in response to the Luna arrest, stating that corruption and abuse are not tolerated within the agency. Luna will be placed on administrative leave, the agency said.

Who: U.S. Border Patrol Agent Joel Luna who was also a “…the leader of a criminal cell linked to the Gulf Cartel in Mexico” who “…would use his position as an agent to have drug shipments go through the border patrol checkpoints in Jim Hogg County” [2].  Also arrested were brothers of Luna—Fernando Luna Rodriguez and Eduardo Luna Rodriguez—as well as Nestor Manuel Leal and Aaron Rodriguez Medellin [2].

Booking photos of these subjects exist [5]. Some of the men worked at the Veteran’s Tire Shop in Edinburg, Texas—as did the victim Franklin Rodriguez Palacios Paz—which served as a front for the Gulf Cartel cell [3].

What: Arrests of the U.S. Border Patrol Agent Joel Luna and other members of his Gulf Cartel cell for the murder (torture and beheading) in the U.S. of Honduran national Franklin Rodriguez Palacios Paz, who was illegally in the country and had prior narcotics and immigration arrests, as well as numerous other criminal complaints including illicit trafficking and evidence tampering. Evidence recovered from a safe belonging to Luna at his mother-in-law’s house included about $90,000 in cash, cocaine, heroin and a customized .45 Cal handgun (silver plated with what appears to be a Mexican folk or narco saint on the pistol grip).

When: Paz’s headless corpse was found on 16 March 2015. Most of the Gulf Cartel cell was arrested for their involvement in the murder in June 2015. The arrest of Joel Luna took place prior to Thursday 5 November 2015, the date he was charged. He and one of his brothers—Fernando Luna Rodriguez—had returned back to the United States from Mexico [3].

Where: The arrest took place at the home of Joel Luna in Hebbronville, Texas where he was also assigned to a border patrol checkpoint. The capital murder charge is related to the torture and beheading of Franklin Paz whose headless body was pulled from the Laguna Madre off South Padre Island, Texas. That location is roughly 170 miles from Hebbronville, Texas.  Through an investigation it was determined that Paz had been killed in Edinburg, Texas, roughly 100 miles from Hebbronville and 75 miles from Laguna Madre.  The contraband in the safe belonging to Luna was recovered in San Juan, Texas, which is just South of Edinburg. These distances reflect an operational area for the Gulf Cartel cell of over 100 miles in length coming up from the Reynosa plaza out of Mexico via the 281/69c highway. This plaza is presently thought to belong to the Metros faction of that cartel [4]. 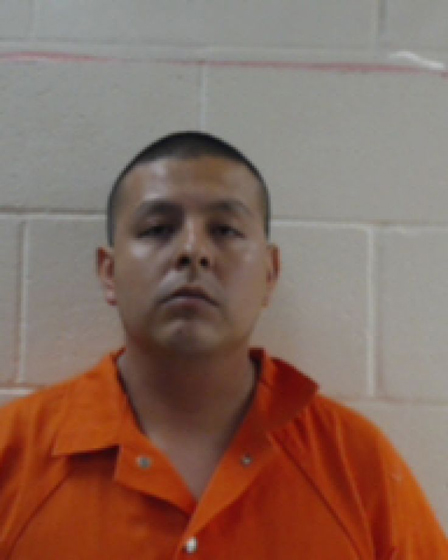 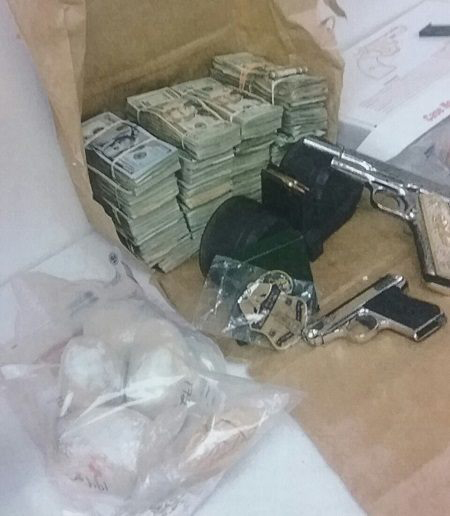 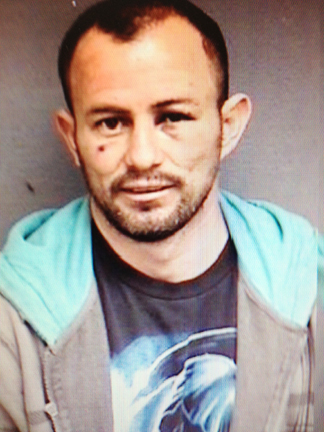 Analysis:  This incident is troubling for two related reasons. The first is that corruption of agents of the state is viewed as more of a problem for Mexico than the U.S. In this instance, not only was the Border Patrol agent working with a Mexican cartel but actually leading a trafficking cell that included his close relatives.  One of the strange components of his double life was that he had a U.S. service weapon as well as a silver plated narco pistol. Mexican law enforcement personnel working for the state during the day and moonlighting for the cartels at night is an all too frequent occurrence. Joel Luna seemed to seamlessly go back and forth between his duties with his loyalty specifically given to the Gulf Cartel. As Luna had worked for the U.S. Border Patrol for six years, it is unknown at this time how long he had worked for the Gulf Cartel or if he purposefully joined the Border Patrol while he had already been a cartel member. The second troubling aspect of this incident is that Luna’s cell engaged in a torture-killing—in this instance, carving up the victim’s chest and then beheading him either pre or post-mortem—which is indicative of cartel behaviors in Mexico not in the United States. Only a limited number of cartel beheadings on the U.S. side of border have been documented over the years, with this one being added to a small but growing list of earlier ones including those taking place in Oklahoma and Arizona in 2012. This incident has to be accepted for what it is—an example of cross border violence (spillover) resulting from the Mexican narco wars. While a rare event, an incident such as this proves that we are not immune to Mexican cartel activities and behaviors typically found outside the continental U.S. (OCONUS) sporadically making their way into our country.

[4] “Cartel Chronicles: Cartel Boss Still in Charge Despite Being Sought by Authorities and Rivals.” Breitbart. 17 May 2015, http://www.breitbart.com/texas/2015/05/17/cartel-chronicles-cartel-boss-remains-at-helm-despite-being-sought-by-authorities-and-his-rivals/.