Recent violence in the cities of Matamoros, Reynosa in the state of Tamaulipas is related to an ongoing dispute for territorial control between two splinter groups linked to the Gulf Cartel, CDG.  The cells call The Ciclones, with control of Matamoros and Los Metros, located in the Rio Bravo-Reynosa apparently are engaged in a bloody fight for control of the region. About a thousand military officers have been deployed to the northern state.

The head of the Ciclones is Ángel Prado Rodríguez, alias Ciclon Siete or Orejon.  The head of the other splinter group is Juan Francisco Carrizales, alias El 98, who has been identified by the Attorney General’s Office and theDrug Enforcement Agency, DEA, as one of the most importman gunmen working for the CDG.  At one point he was assigned to fight against the Zetas who had challenged the leadership of the CDG in the state.  Los Metros right now operate in Rio Bravo and wants to expand into Matamoros, according to police.  They move around in huge vehicle caravans and bullet proof vehicles.

Both shootouts took place in the Mexican border city of Rio Bravo which is just south of Donna, Texas, information provided to Breitbart Texas by the Tamaulipas government revealed.

In the first shootout, a military convoy was conducting routine patrols in the Los Fresnos neighborhood when the occupants of a light blue Pontiac Grand Prix began firing at the convoy. The soldiers fought of the attack killing one of the gunmen who was only identified as a man between 25 and 30-years old, the other gunmen were able to get away. In the second shootout, another military convoy was patrolling the rural town of Portes Gil just outside of Rio Bravo, Texas, when a group of gunmen in Jeep Cherokee began firing at the convoy as they tried to get away. The soldiers fought back killing the three gunmen in the vehicle.

Since the beginning of February, two factions of the Gulf Cartel went to war turning various cities along the Texas border into a war zone. The war has led to large scale gun battles between cartel members as well as with Mexican authorities. 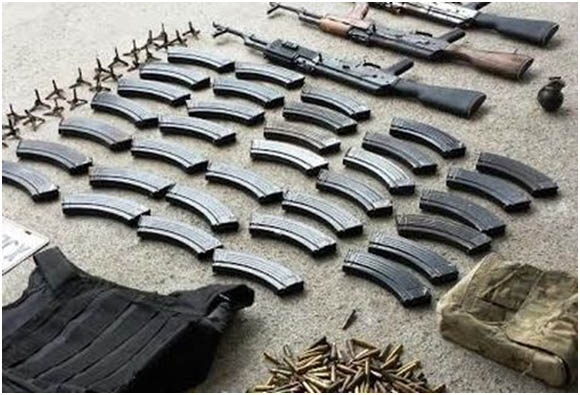 Who:  Competing factions of the Cartel del Golfo (CDG). The Ciclones out of Matamoros against Los Metros out of Reynosa and Rio Bravo.

What: Firefights and tactical actions including the closure of highways and city streets via vehicle blockades and the use of caltrops.

When:  Starting in early February 2015 and continuing on while writing this tactical note.

Where: Anahuac, Matamoros, Miguel Aleman, Nuevo Progreso, Rio Bravo, the highway between Anahauc and Valle Hermoso, and the highway between Reynosa and Rio Bravo within the state of Tamaulipas, Mexico. Much of this fighting is taking place within miles of the Texas border.

Why:  An attempted takeover of the Matamoros plaza (controlled by Los Ciclones) by Los Metros (who control Reynosa and Rio Bravo). Matamoros, the plaza across from Brownsville, Texas, is a valuable gateway for smuggling illicit narcotics into the United States and for bringing money, weaponry, stolen cars and other products back into Mexico.

Synopsis: The top leadership of Cartel del Golfo has either been killed or captured resulting in a power vacuum and the splintering of this cartel into factions based on local plaza chiefs and lieutenants controlling smaller groups of gunmen. While this power vacuum has existed for some years now—with limited strife between the various factions—this has recently changed with the attempted takeover of Matamoros by the Los Metros faction.

Large convoys (sometimes 10+ vehicles with some of them armor-plated) of cartel operatives and smaller units—single and small groups of vehicles—carrying gunmen (some with body armor) utilizing infantry small arms, including launched and thrown fragmentation grenades, are involved in the tactical actions between the opposing factions. Destroyed and burned-out vehicles (typically SUVs) have been evident. To limit fratricide, vehicles have window markings such as Escorpíon, M3, Los Metros, XX, and 900 to designate which CDG faction that they belong to. Opposing CDG faction personnel are also now increasingly being brutally tortured prior to execution and then left for the opposing faction to find as part of ongoing psychological operations (narco terrorism) taking place. Other recent narco terrorist activities have included bomb threats, arson, and attempted political assassinations in this area of operations. This includes an attack on an armored SUV convoy carrying Mayor Leticia Salazar of Matamoros, who survived the incident, by cartel gunmen on 9 March 2015.

Note—overwatch positions with heavy sniper rifles (.50 cal) and machine guns at blockade and channeling (kill zone) points have not reported—but this would fall into past CDG tactical patterns. Given the weight of these weapons, they would be logistically tied to an SUV or truck for transport and/or mounting.

In addition to the opposing CDG factions, the Mexican government has deployed about 1,000 troops to this region as well as federal police in support of state and local policing units. Such Mexican government troops and law enforcement groups have been fired upon by the narco commando (convoy) units, with cartel losses reported at 25 dead and 16 captured. These are reported figures but it is presumed much higher cartel losses have taken place as they remove their dead. Offensive operations against these cartel fragments are also ongoing as part of Plan Tamaulipas. Governmental losses have not been disclosed.

To add ambiguity to this conflict environment, large numbers of Mexican law enforcement officers in the state of Tamaulipas, Mexico have in the past been corrupted by the cartels and placed on their payrolls. This corruption extends to Mexican federal police with 14 of them arrested in early March 2015 for running a kidnapping crew in this area with possible CDG factional ties.

The following listing represents what the Mexican government has recovered from the opposing CDG factions since early February 2015:

Note: See Robert J. Bunker and Byron Ramirez, “Mexican Cartel Tactical Note #22: Narco Tank Factory Discovered in Nuevo Laredo.” Small Wars Journal. 13 February 2015, http://smallwarsjournal.com/blog/mexican-cartel-tactical-note-22-narco-tank-factory-discovered-in-nuevo-laredo for information on the armored vehicles being used in this conflict in Tamaulipas by the CDG factions.  The four rounds of .50 seized in that incident appear to be for heavy sniper rifles.