For the Man on My Left and Right: A Journalist’s Journey to Honor an American Solider and His Gold Star Family

For the Man on My Left and Right: A Journalist’s Journey to Honor an American Solider and His Gold Star Family

Review of Danger Close a film by Alex Quade

This is not Band of Brothers, Apocalypse Now, or Zero Dark Thirty. 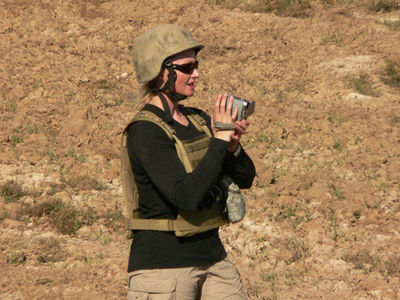 Using actual combat footage by an embedded journalist and that captured from the enemy it tells the story of not only an American Special Forces Sergeant and his family, it represents all American soldiers, sailors, airmen, and Marines and provides the American people a glimpse of the full spectrum of emotions that come with service to the nation and loss of a comrade in arms. See the trailer HERE.

Culled from over 300 hours of combat footage from Alex Quade’s years spent in combat zones in Iraq and Afghanistan the unscripted and unfiltered view of combat is unlike anything you see in theatrical features.  It is real.  This is a film for all who seek to understand the deep ties among American military personnel and the bonds that develop in small units in combat.

While this film is centered on a single Special Forces Sergeant, the late Staff Sergeant Rob Pirelli, it is not a film exclusively about Special Forces.   It follows paratroopers from the 508th PIR of the 82d Airborne, cavalrymen from Alaska, Air Force airmen flying AC-130 gunships, B-2s, F-15s, F-16s, A-10s, and JTACs controlling fires, as well as other Army forces to include Chinook, Blackhawk, and Apache helicopter crews.  In addition to ground combat footage it also incorporates footage from aircraft cameras to include forward-looking infrared radar (FLIR) views of combat operations.  I am no film expert but I would guess that film editors will be impressed and envious when they see how ground, air, and enemy combat footage are expertly edited in a way that allows the story to be told and understood visually.  There is no CGI or other film tricks. The combat scenes are compelling as are the scenes of Staff Sergeant Pirelli’s family.  It is real.

There are three stories in this film.  It centers on the life and family of Staff Sergeant Rob Pirelli who was killed in combat in Iraq as well as his brothers in arms.  The second is about the quest of combat photojournalist Alex Quade who sought to understand Americans in combat and tell their stories and to honor Staff Sergeant Pirelli.  The third is the story of the US military writ large in combat employing high tech equipment and integrating sophisticated, complex, and deadly weapons systems in the Global War on Terrorism.  You will watch this film with a lump in your throat and a tear in your eye but as an American you will be immensely proud of how our soldiers, sailors, airmen, and Marines perform their missions in combat. 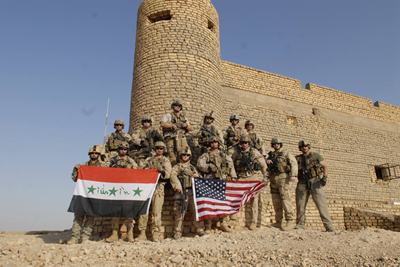 Alex Quade’s story is an important part of this film.  She provides an inside view of being an embedded journalist, There are no journalists that I am aware of who have spent as much time in combat as Alex.  Her tenacity is inspiring and her ability to go over, under, around, and ultimately through the bureaucratic roadblocks is illustrated in how she was able to return to Combat Outpost Pirelli at the request of Staff Sergeant Pirelli’s family.   You can hear Alex describe her motivation for making this film HERE.

The Pirelli family story represents what our Gold Star families go through when their loved ones make the ultimate sacrifice for our nation and our freedom.

Lastly this eighty seven minute film provides important glimpses in how the Global War on Terrorism evolved to include the early continuous direct action missions to capture and kill high value targets to foreign internal defense being conducted by both Special Forces and regular military units partnering with indigenous elements to build the capability and capacity to defend themselves against lawlessness, subversion, insurgency, and terrorism.  But the Long War continues and as Alex notes she will continue to tell the stories of our service members.

But do not take my word on this.  Former Secretary of Defense Robert Gates had this to say about the film:

"'Danger Close' is a gripping story of courage, loss and love as we witness first-hand graphic portrayals of combat operations and a dedicated journalist's determination to bring closure to the family of a soldier killed in action.  The courage of the troops in action -- and of the embedded journalist -- is evident, as is the deep sense of loss over an admired comrade.  The story is a needed reminder of the many sacrifices of our men and women in Iraq and Afghanistan, and the brave journalists who accompanied them into battle."

“War correspondent Alex Quade is this generation's Joe Galloway, who tells an intensely personal story.  Alex nailed the essence of sacrifice found in America's Special Forces operators and their families.  Alex Quade is the real deal.  She's spent more time with Special Forces operators in combat zones and back home after deployments than any other reporter.  Alex knows them and their families, and is uniquely qualified to tell their intensely-lived, extraordinary stories.”

While a Secretary of Defense and Special Forces General Officer should be enough to convince anyone of the importance of this film, it is the Special Forces Sergeants that give this film, and most importantly Alex Quade, the necessary vote of confidence and stamp of approval.  Alex’ relationship with Special Forces is unique as she has shared hardship and combat with these men.

Special Forces rarely allow reporters to cover them, which means that what the audience gets to see in "Danger Close" is unprecedented.  The elite warriors do their work in secret and are skeptical of all reporters.

“Alex was a war journalist that came out to our team and just kind of blended in with everybody and became part of the team.  When it came down to mission time, she was there, she was ready to go, and we didn’t have to wait on her.  When we’re out on mission, it was the same thing.  She didn’t need special favors.  She was an asset, not a liability.  We didn’t have to pick up her slack at all.  She didn’t have any slack."

“I’ve worked with reporters where you have to chase them down.  They want to get a shot in a firefight.  Alex never lagged behind, we never had to look for her, and she was right where she needed to be.”

"Alex belongs there (on the frontlines).  She's like us, if there’s another step to take, she's going to take it and go as far as you can.  Not everybody can do that.  It’s just who she is.  If it can be done, she can do it.”

Alex worked hard to ensure that operational security was maintained.  She protected the identities of those who are still on active duty.  She sought and received permission to use the footage.  She honors our soldiers. 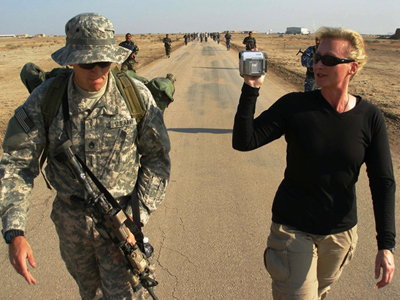 Alex Quade and a US Army Staff Sergeant

In conclusion I would like to make one last point.  There are nearly ten minutes of credits at the end.  Watch them.  Many who watch this will reflect on the names in the credits because we know so many of them.  And for those in Special Forces the list of every Special Forces Soldier killed since 9-11 up to November 2016 when the film was completed will make you pause and remember all those who we have known and who we have lost.

Danger Close is being released on Friday April 28, 2017.  Here are the details on the release:

David S. Maxwell is the Associate Director of the Center for Security Studies in the Walsh School of Foreign Service at Georgetown University and is a retired US Army Special Forces Colonel.

David S. Maxwell is a Senior Fellow at the Foundation for the Defense of Democracies. Previously he was the Associate Director of the Center for Security Studies in the School of Foreign Service of Georgetown University.  He is a retired US Army Special Forces Colonel with command and staff assignments in Korea, Japan, Germany, the Philippines, and CONUS, and served as a member of the military faculty teaching national security at the National War College.  He is a graduate of Miami University in Oxford, Ohio, the Command and General Staff College, the School of Advanced Military Studies at Fort Leavenworth and the National War College, National Defense University.