Evolution of the Sniper Rifle

Evolution of the Sniper Rifle 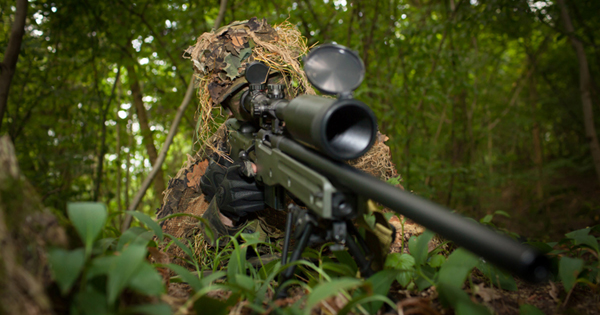 Today, snipers are recognized as an incredibly important part of any modern infantry force, but this was not always the case. It took a long time for the efficiency and combat effectiveness of snipers to be realized.

And while every infantry soldier has a deep personal relationship with their weapon, this is especially the case when it comes to snipers and their rifles. The techniques of sniping have developed alongside technological advances in sniper rifles, so the sniper rifle is actually best regarded as an extension of the sniper’s body.

A well trained and experienced sniper is an amazingly efficient fighter, in comparison to the average infantry soldier. In World War II, the average number of rounds fired to kill a single enemy soldier was 25,000, and this number has been increasing ever since. In the Korean war, it had doubled to 50,000. Vietnam saw the introduction of the select-fire M14 and M16, but this seemed to merely produce more misses, with an average of 200,000 rounds fired to get one enemy. Today, the number has increased again, so that almost a quarter of a million rounds are needed to kill an enemy in Afghanistan. In comparison, the average sniper needs just 1.3 bullets to kill an enemy.

This remarkable efficiency has been achieved not just through ever improving training and techniques, but also through the evolution of the sniper rifle itself. Let’s take a look at the very first sniper rifles, and how they have developed since then. 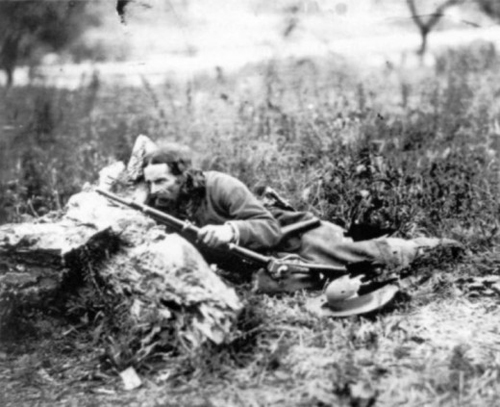 The very first snipers were arguably seen during the American Revolution. Citizen soldiers, many of whom had become expert hunters on the frontier, took their rifles to war and used them to terrorize the British. Though the sniper rifles used in this period were little more than standard hunting rifles, the skill with which they were used meant that 200-yard one-shot kills were common, and also deeply demoralizing to a British Army trained in linear battle techniques.

By the American Civil War, snipers were being chosen for their marksmanship skill, and were given a formal role in both armies. The percussion-lock rifled musket, and the minie ball, both greatly increased accuracy. In addition, during the Civil War many sharpshooters began to make use of the earliest telescopic sights to improve their accuracy.

Among Union sharpshooters, the most popular weapon of this period was the breech-loading Sharps rifle. Standard muzzle-loading rifles required the shooter to stand up in order to reload, which could expose them to enemy fire and give away their position. On the opposing side, the Confederate army favored the British Whitworth rifle. Though this rifle was hard to come by, the unique hexagonal rifling and bullet made it the most accurate rifle of the period, able to hit targets out to almost a mile. It was with this rifle that a Confederate sniper killed Union General John Sedgwick at the Battle of Spotsylvania from a range of over 800 yards. 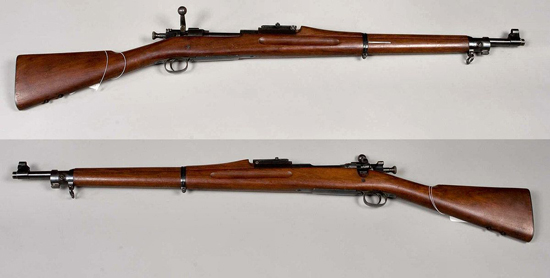 World War I saw the development and codification of many of the techniques that snipers use right down to the modern day. This was facilitated by further developments in the sniper rifle itself. By 1914, the bolt action rifle had been perfected, and came equipped with a five- to ten-round magazine. The rounds used were now much smaller caliber than in the Civil War, more aerodynamic, and were propelled by smokeless powder. This meant that sniper rifles were accurate out to 1,000 yards, and that the sniper could avoid detection more easily.

These rifles were also commonly equipped with telescopic sights by default. Germany, a world leader in optics technology, initially dominated the battlefield by giving 20,000 scoped rifles to its best marksmen. The US, however, gradually began to catch up, eventually settling in the the x6 magnification Warner and Swasey scope, mounted on a .30-06 M1903 Springfield rifle. This weapon looked strange, and could be clumsy in use, but offered good magnification and therefore improved accuracy in the trenches.

By WWII, telescopic sights had really developed, and had been made rugged enough to stand the requirements of lengthy field deployment. The 2.5x magnification Lyman Alaskan was mounted on the standard .30-06 M1 rifle, and a huge 10x magnification was achieved by the Unertl scope, still mounted on the M1903 Springfield rifle.

Though we often think of snipers as lone wolves, WWII saw significant deployments of snipers in platoons and other co-ordinated units, and in the Pacific theater snipers often acted as scout forces, eliminating enemy machine gun posts and snipers in advance of the main offensive. 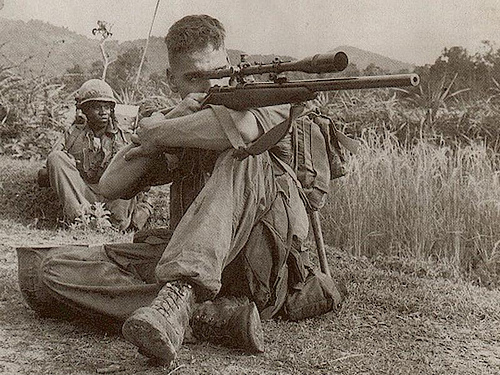 The next major conflict that American troops were involved in was Korea. Though the sniper rifle, and the techniques of sniping, were developing throughout the period, in this war snipers were somewhat overshadowed by machine gun fire and mass concentrations of artillery.

It was not until the Vietnam war that the sniper emerged as a hero again. During the conflict, it was often noticed that small groups of snipers accounted for more kills than entire infantry battalions, and the sniper’s place modern warfare became assured.

The dominant sniper rifle of the Vietnam period was actually the M2 .50 cal heavy machine gun, used as a single shot weapon and with a scope mounted. Though this combination was certainly not pretty, it was effective. Scout sniper Carlos Hathcock used his M2 to make what was then the longest recorded sniper kill in history, at 2,286 meters. The improvised weapon’s effectiveness was eventually recognized by the military, who in 1990 purchased the .50 cal BMG M82 Barrett for use as a sniper rifle, a weapon that was later standardized as the M107. 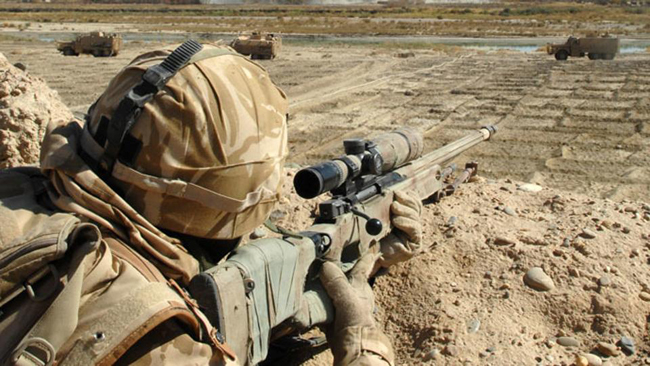 This record stood right up until 2002, when a Canadian sniper took the crown. Using a MacMillan Tac-50 bolt-action rifle, he broke the record by 24 meters. Today, the record for a successful shot stands at an incredible 3,540 meters, also by a Canadian, this time whilst fighting ISIS in Iraq.

The sniper rifle continues to evolve, of course, and most of this development in recent years has been focused on improved optics. Laser range finders, bipods, high-magnification scopes, and night-vision have all improved the ability of the sniper to make kills in challenging environments. However, right from the Civil War to today, this technology can only ever aid a skilled fighter, and never replace him – it remains the skill of the marksman that makes an effective sniper, rather than the weapon he uses.

Sam Bocetta is a retired engineer who worked for over 35 years as an engineer specializing in electronic warfare and advanced computer systems. Past projects include development of EWTR systems, Antifragile EW project and development of Chaff countermeasures. Sam now teaches at Algonquin Community College in Ottawa, Canada as a part time engineering professor.