“MESMERISE is meant to fight criminals of the 21st century”

“MESMERISE has huge potential to improve security at airports”

“MESMERISE is a step change; the first time the customs community has research funding to identify contraband inside the body.”

MESMERISE will develop and test a high-resolution non-intrusive scanner up to TRL 5 able to automatically detect and identify both internal and external concealed commodities being entirely independent of human operator interpretation and training and based on two complementary technologies: ultra-low-dose Multispectral Xray transmission and Infrasonic interrogation.

A novel x-ray detector, in addition to a higher imaging resolution, captures 256 channels of spectroscopic information, allowing a step change in material identification. Crucially, this level of resolution has the potential to enhance the detection of narcotics and explosives concealed in the body—a highly complex problem with currently available equipment.

A second subsystem for detecting externally concealed items based on a novel, intrinsically safe, technology (infrasound near-field acoustic holography) is entirely new to security screening. Low-fq MEM Micro-technology shall also be exploited to provide an automated version of non-contact pat-down.

Both sub-systems will be able to work independently, or together to provide complementary information and improve the detection of externally concealed objects. Automated algorithms for both subsystems and, through data fusion techniques, for the combined system will identify chemical substances, recognise pattern and detect anomalies with100g threshold in any part of the body, including prosthetic elements or plasters.

Acceptance by society will be promoted by communication activities highlighting its non-contact nature, non divest condition and the absence of the requirement for operators to view explicit images through automated detection making MESMERISE intrinsically respectful of dignity and privacy.[1]

The mission statement is as follows:

This EU H2020 funded project’s main objective is to improve convenience and efficiency of the airport detection systems:

Most people are familiar with the inconvenience of having to go through a “hand search or pat down” in airports check points. Apart from being invasive and privacy disruptive, the whole procedure significantly slows down the flow of passengers, which means waiting even longer queues. Additionally, in the case of wave body scanners, the use of sexually explicit images that have to be interpreted by an agent raises some concerns about user’s privacy and dignity.

The main challenge of MESMERISE is to develop a new scanning technology improving the respect for intimacy and privacy rights as well as the efficiency and reliability. In order to achieve this, the project first objective is to develop a high-resolution non-intrusive scanner able to automatically detect and identify both internal and external concealed prohibited or restricted commodities sought by customs. 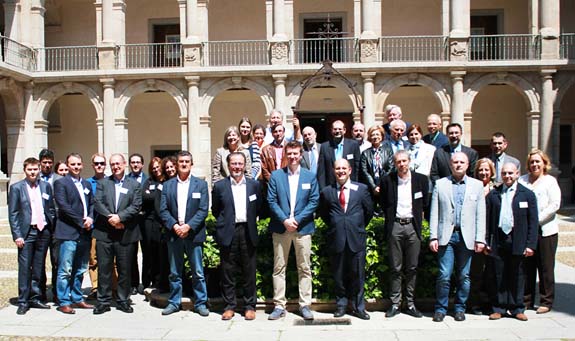 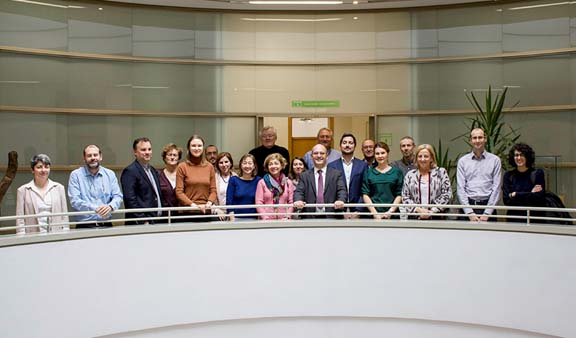 The EU MESMERISE project was stood up to detect contraband and other illicit items—including weaponry—under the EU Horizon 2020 Research program. Items of concern placed inside the body or external to it (underneath clothing or within prosthesis devices) that can be detected by means of this new and innovative scanning technology suite include:

The second day of the workshop began with a project internal meeting (restricted to partners). This was followed by a MESMERISE presentation for media. Presenters were Trevor Francis, Paolo Salieri, José Luis Pérez Díaz and Daniel Jiménez Durán. Spanish media representatives appearing at the press meeting included those from A punt (Televisión Valenciana), TVE, Telemadrid, Telecinco, Onda Madrid, and Canal Sur TV. The main conclusions (for public distribution) learned from the project for X-MESMERISE are:

• AI (Artificial Intelligence) Module ready for implementation in operational environment—no human operator is needed, no explicit images of the person are shown

The main conclusions (for public distribution) learned from the project for Z-MESMERISE are:

• Z-MESMERISE in stand-by condition is able to detect externally concealed drugs and explosive simulants and weapons on torso in non-contact condition with a scan time 7-8 s.

• Even thick clothes do not affect

• Z-MESMERISE presents a potential to be used for detection of other items and/or items on other parts of the body.

• Potential set of parameters to be successfully explored to increase TRL 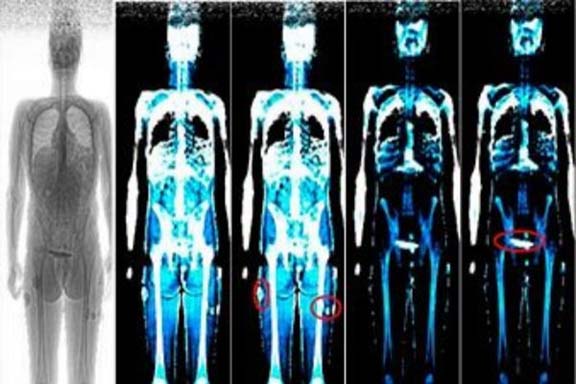 I am the one on that picture. I carry two packets of cocaine (props) in a pocket, three roe of hashish (also props) and a knife (this one real) hidden next to the skin. We are testing the X-Mesmerise, the new Spanish invention that promises to locate any contraband object stuck to the skin or hidden in the body…

The last two steps (the knowledge of the effective atomic number and the processing of artificial intelligence) are the really novel parts of this invention since, when they are fully operational, they will preserve the privacy of the passengers as they are images generated by the computer that nobody would see. When it is ready, it will most likely be the most effective existing system that exists, although we could not test them live.[6]*

[*Author’s Note: The system is actually ready to be deployed and personnel operationally trained for real world field and facility use]

For a 1:15 minute video of the MESMERISE lab demonstrations (In Spanish) see: 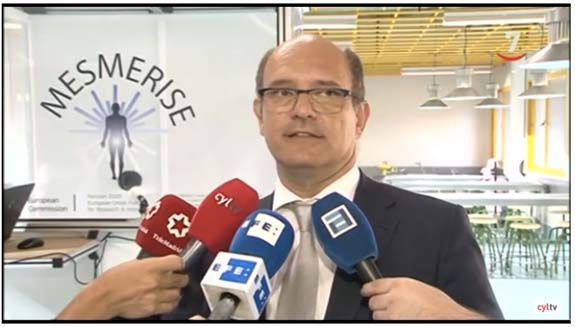 Work performed from the beginning of the project to the end of the period covered by the report and main results achieved so far:

After defining a list of concealed goods to be detected—based on the likelihood and impact associated—preliminary designs were created and approved. Prototypes of X-MESMERISE and local pat-down Z-MESMERISE have been manufactured. Tests will start in the second RP.

Progress beyond the state of the art and expected potential impact (including the socio-economic impact and the wider societal implications of the project so far):

MESMERISE looks set to exceed the capability of current technologies being used by Customs Administrations in some member states and associated countries.

X-MESMERISE potentially exceeds the capabilities of other X-Ray transmission systems because of sensitivity and the use of an ultra-low dose of ionizing radiation.

Additionally, both X and Z MESMERISE are intended for a non-divest and non-contact condition, preserving privacy and dignity. This is a clear step forward with respect to a traditional manual pat-down. 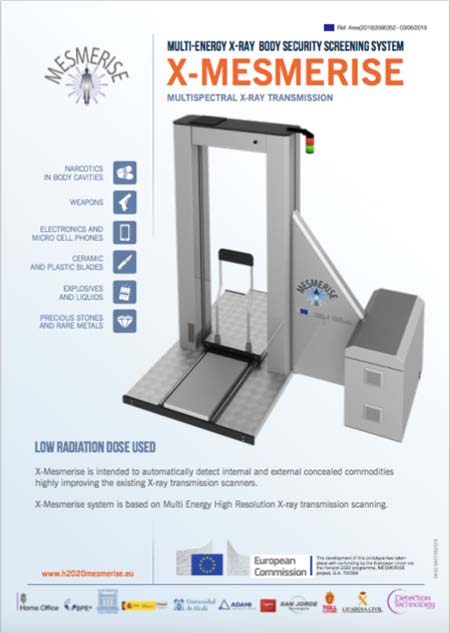 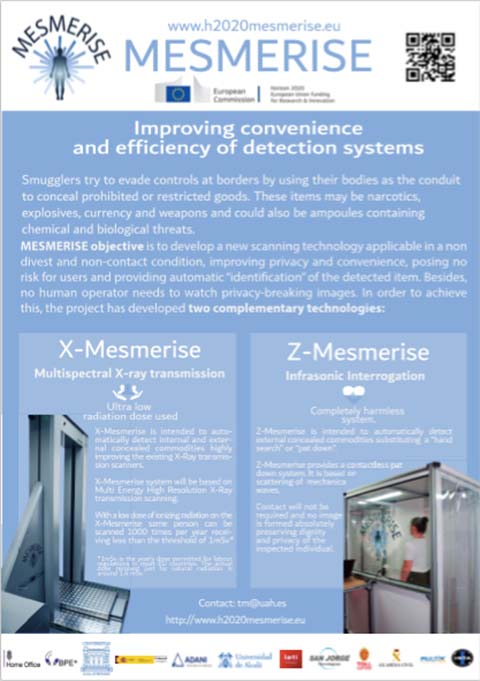 The author of this report served as an external advisor to this three-year project and provided early guidance concerning contraband detection requirements.