Transcripts of a prison interview of ‘Jaime’ conducted by Voeten and Engels, two Dutch documentary filmmakers—one of whom is a cultural anthropologist who recently completed his PhD focusing on the Mexican drug war, at VISITA CERESO CD, Ciudad Juárez, October 2016. It is an excerpt from the PhD thesis by Teun Voeten, titled: The Mexican Drug Violence: Hybrid Warfare, Predatory Capitalism and the Logic of Cruelty. 279-280. See also: Maaike Engels and Teun Voeten, Sacrifice. Belgian Canvas TV, 2017. 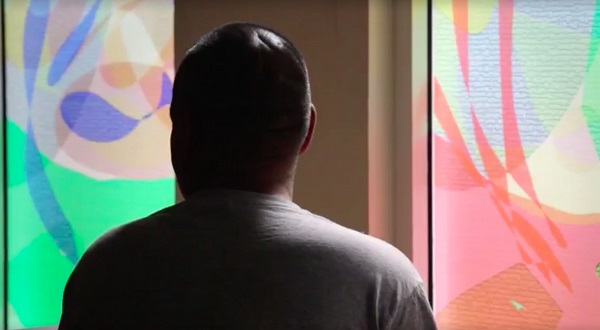 Jaime, or El Ratón as is his nickname according to newspaper reports, is forty-five years old. In 2012, he committed a multiple homicide in which he and his associates killed three people. He was convicted to sixty-six years, which effectively is a life sentence. El Ratón has also committed other murders, but does not want to talk about is. ‘Not the first time I killed people. But this is the first time I got busted doing it.’ He says he has no regret over his killing. He has a son and a daughter, eight and nine years old, who come visit him regularly.

Jaime was born in Juárez, but grew up in El Paso, same as Daniel, in El Segundo Barrio, the Mexican neighborhood in El Paso bordering Juárez. His parents were working class, humilde, not rich, but as he said he did not fault for anything as a child. He found himself at a young age already involved in a gang, which is quite normal according to Jaime: ‘Even if nobody tells you, you already belong to a certain group. And you join that group without even knowing it. Most of the young people at school are involved in groups from the neighborhood and streets you grow up.’ He started to hang out with his gang, came home late and committed his first criminal act as a nine-year old boy: stealing colored shoelaces. He did it another time but got caught: ‘I got busted by the lady from the store who owned that store. She called the police. The police sent me to my house and let me go. My dad spanked me. And that’s how it started. Once you do something little and nothing really happens, then you start doing something a bit bigger... First shoe laces. Next, they were socks, pants. Next thing you know, we were stealing car batteries, tools, cars and so on and so on and on.’ In his last year of high school, he was caught smoking marihuana in the bathroom and he was expelled. After that, he starts to continue his criminal path by selling drugs. Jaime says he actually never has worked in his life, always making a living from criminal activities. ‘Selling drugs is easier than working. Less hours, more money’, he comments.

He was arrested the first time at age fifteen for armed robbery, committed with a knife, and sentenced to six months. After that, he was deported back to Mexico. He became further involved in gangs and had his first kill in a fight. It was an unintentional death, more like self-defense, as he tells himself. ‘Actually, I did not feel nothing. I did not feel no remorse, I did not feel, no shame, I did not feel nothing at all. Once you are in the streets, you try to survive. It is either you or its either them. You don’t start to think about what if I killed somebody. Because there is no time to think about it. You just have to act.’

For Jaime, plain survival in the streets is quintessential. He mentions it several times and it is a tough life. ‘Everybody was always on alert. Everybody would be on the lookout, trying to spot someone... Nobody relaxes on the streets... Either you kill them, or they gonna kill you.... So there is no time for you to have remorse. Just think for a minute. If he would have the chance to kill me, he will kill me first... This is just a way of life here. That’s what it is. If you wanna live, you gotta kill. It is a regular thing in here in Juárez. It’s either you die or you kill.’ And he concludes: ‘It is better to kill than die.’

Jaime receives an order to execute three persons, which he carried out with an AK-47. For him, it was like a regular job. He did not know who gave the job. ‘It is a call from somebody else. You never know.’ Jaime did not know why the people had to be killed. ‘The people that I killed were enemies. They were in the neighborhood doing something wrong so I got a call. I was told to do whatever I had to be done to get people out of the streets. I guess they were selling drugs or something like that. There are people that are selling drugs and they are not supposed to sell.’ He says the killing did not make him feel powerful. ‘I knew it was a job that had to be done.’ Later on he adds: ‘I do not wake up screaming from nightmares I guess I forgive myself for what I did.’

Jaime does not want to pardon himself for his crimes. Still, he acknowledges other people share some responsibility as well, referring to the autores intelectuales of his multiple homicide. ‘The rich people, they got money. And they made up the bad decision because they have power. But we wind up in here. We come from different families, different back grounds. different environments. Just make one wrong decision and you gonna be end up in here. But that doesn’t mean you are bad.’ Jaime says that he is unapologetic towards his own crime. ‘Actually, I do not think I am a victim of society. Like everybody might say. I guess everybody got his own choices. And I guess I choose to be what I am right now. I make errors like everybody else because I am a human being. But I also know what is wrong and what is good.’