Dueling With Clausewitz: Games of Preemption, Wars of Attrition, and Deconstructing a Classic Analogy for Understanding the Fundamental Nature of the First World War

The rationality of strategic thought leading up to and during the conduct of the First World War continues to be a subject of much debate among scholars of military history.  Central to this debate is the role of Clausewitz's framework for war as an extension of national policy in the rapid escalation of the conflict.[1]  On one side, historian A.J.P. Taylor accuses military leadership of belligerent states, obsessed with the idea of quick, decisive and limited war, of committing to full mobilization of nations by railroad timetable. This left political leaders, entangled by treaties, powerless to curb brinkmanship and resolve matters through diplomacy.[2] British military historian John Keegan dismisses this notion that military escalation was irreversible once it began. Keegan instead squares blame on political and military leaders of failing to foresee the changing nature of total war foreshadowed by Clausewitz, leading to unnecessary losses of human life and pyrrhic outcomes.[3]  Both of these hypotheses have some explanatory value consistent with Clausewitz's analogy for the fundamental nature of war.

Clausewitz famously described the fundamental nature of war as a duel in which one party seeks to impose their will on the other.[4]  To Victorian-era scholars of Clausewitz's work, the analogy of the duel has specific connotations. Game theorists commonly use the notion of a pistol duel or battle to illustrate games of preemption.[5]  Imagine two dueling combatants having only one shot in their respective pistols. Although each combatant may possess different levels of skill, their accuracies increase the more time spent aiming.  Each can fire at any time once the duel begins, however if one combatant fires early and misses, the other combatant is free to advance and hit his opponent with certainty.  The optimal time to fire upon your opponent is when one assesses that the hit probabilities of both you and your opponent's shots add up to 100%.  Because the probability that your shot will hit equals one minus the probability of your opponent to hit you, there is no improvement to your survival odds by delaying further.[6]

For example, two dueling combatants take the field with different accuracy curves. Both have knowledge of the other's level of skill. Red, who might be described as a quick draw, starts at time 1 with a hit probability of 40% which increases to over 66% at time 6.  Blue, who might be a marksman, starts at time 1 with a lower accuracy of 30%. However, Blue's accuracy begins to approach 90% at time 6, making a hit almost certain.[7]   At equilibrium both combatants should fire at time 4 in order to ensure their best odds for survival.  For either combatant to fire later than time 4 yields no advantage in survival probability over standing fast and hoping for the other combatant to miss.[8] For either combatant to fire earlier risks a higher probability of missing and leaving oneself vulnerable to a coup de grace.[9]

Games of preemption are commonly used to frame in simple terms the strategic considerations of arms races and the dangers of escalation.[10]  In the case of Taylor's conclusion regarding the First World War, the red combatant might be the Austro-German alliance and the blue combatant might be the Franco-Russian alliance.  The German General Staff in 1913 perceived themselves to be at time 2 of an escalating arms race.[11]  Germany and Austria-Hungary had the advantage in quantity and quality of forces which could be mobilized in the near term.[12] However, Russian development of improved railroad infrastructure and its vast manpower potential meant that advantage was less and less sustainable. Furthermore, French and British obstruction to German colonial expansion threatened to choke German industry of the resources needed to sustain its rate of economic growth.[13]  The resultant siege mentality pervaded all German international relations of the time and led to the German General Staff developing a decisive military alternative to diminishing diplomatic options.  The Schlieffen Plan was in this context the ultimate expression of the preemptive duel in strategic thought.

The assumption that Clausewitz would recognize this game of preemption as a duel may in fact be an error and misinterpretation of the analogy through a distinctively Anglo-centric lens. The actual word Clausewitz uses for duel is Zweikampf, which in his contemporary lexicon implies juridical combat by sword unique to Germanic peoples rather than the more often fatal single combat with firearms which characterized contemporary duels in the British Empire and early United States.  Although state and religious leaders in Germany have, since Clausewitz's time, sought to suppress this kind of dueling as barbaric, the tradition lives on among male German university students in the practice of mensur fechten. Modern Zweikampf entails fencing in a confined space while wearing protective equipment until one combatant draws blood from the other, often leaving a visible scar as a badge of honor.  Evading your opponent is typically disallowed.  The Scandinavian equivalent and perhaps precursor to Zweikampf is holmganga, which specifies a limited number of shields per each combatant who take turns exchanging blows until blood is drawn.[14] These types of duels have characteristics in common with what game theorists refer to as wars of attrition.[15]

For example, imagine that two Norsemen, Red and Blue, have competing claims to the same barrel of German beer at a value of 10 and agree to settle the dispute with a duel.  Both combatants have prepared a number of wooden shields at a cost of 1 each and have battleaxes equally capable of cleaving a shield with one blow. Blue has slightly more shields than Red and therefore can expect to endure more blows, but this is not apparent to either party.  Furthermore, either combatant would be capable of bartering for an additional barrel of beer if they relinquished their claim to this one and traded 5 shields to the Saxon down the street.  Red and Blue begin exchanging savage blows with battleaxes, breaking shields at sunk cost increments of 1 in hopes of exhausting the other's means to endure or perhaps convincing the other to yield in order to pursue the Saxon's beer instead.  Each successive blow consumes more of the combatants' resources until both have expended more value in shields than if either would have bartered for twice as much beer from the Saxon.[16] Red eventually loses to Blue and earns a scar to his forehead, a visible deterrent to potential future challengers, many of whom witnessed his resolve.

Although the Schlieffen Plan called for a decisive victory and avoiding a protracted war of attrition, miscalculated operational friction and underestimated endurance of the Allied Powers led to stalemate.[17] The above-described war of attrition type duel does much to illustrate Keegan's observations about the appearance of irrationality, particularly in the later phases of the First World War when cumulative costs far outweighed any expected advantage to be gained by a successful offensive in places like Verdun.    At that point previous losses were sunk costs and irrelevant to the decision to persevere, so long as one side expects their own endurance to outlast the enemy's.[18]  Clausewitz alludes to this eventuality in his chapter on the strategic reserve and the failure to commit reserves to the souring battle at Jena-Auerstedt which so damaged Prussian reputation.[19]  Perhaps in Clausewitz's view Prussia lost the duel with Napoleon yet did not earn a dueling scar-- the worst possible outcome.  German reputation for perseverance following the First World War contributed to a reputation that deterred conflict throughout the period of rearmament and the Anschluss later in the 20th century.[20]

The medieval tradition of trial by combat from which Clausewitz's duel originates was predated by the ancient practice of trial by ordeal.  The ordeal is perhaps an even simpler reduction of the war of attrition whereby the prospect of suffering forces the revelation of true convictions of the accused.  An accused adulterer might be asked to retrieve a stone from a pot of boiling water or else face the consequences of their alleged crime, which might be less severe than the ordeal.  A prudent judge could rig the ordeal to save the accused from harm should they insist on their innocence and attribute the miracle to divine intervention according to structured beliefs.[21] The biblical story of the Judgment of Solomon is an excellent example of this principle in practice.  While potentially yielding results biased against the physically weak, trial by ordeal still assists in delivering justice by revealing relative conviction to the arbiter before any suffering occurs.[22]  Falkenhayn noted the deterrent effects of wars of attrition at Verdun decades before it was codified in the mutually assured destruction doctrine of the Cold War.[23] Clausewitz compares the concept of deterrence under threat of force to free market commerce where payment may be deferred by promissory note, but eventual cash settlement must be expected in order for sellers to continue accepting bids or extending credit.[24]

The disputed territory of Alsace-Lorraine could be the coveted object in the previous Norse duel.  But now consider that Germany as the Red combatant expects a lower value of 10 for retaining this prize than France as the Blue combatant who expects 20.[25]  Each combatant signals their expected value of the disputed territory in terms of willingness to expend resources during the preceding arms race.  If counter-balancing alliances give both combatants equivalent levels of endurance as envisioned by Realpolitik, Germany should negotiate a settlement before this ordeal even begins. The asymmetry in expected value of the disputed object has a similar effect on expected outcome as an asymmetry in relative endurance.[26]

Within the framework of the civil-military relations trinity described by Clausewitz, the endurance of a nation is inclusive of not only military capability, but also the political will of the government to persevere and the means of the people to sustain conflict.[27]  Both the duel as a game of preemption and the duel as a war of attrition have some explanatory value as a causal framework for the First World War. Deconstruction of the war of attrition paradigm in this context suggests that Clausewitz's original intent of the duel analogy may represent the complete inverse of the prevalent interpretation by modern scholars as a paradigm for quick, decisive, and limited war. 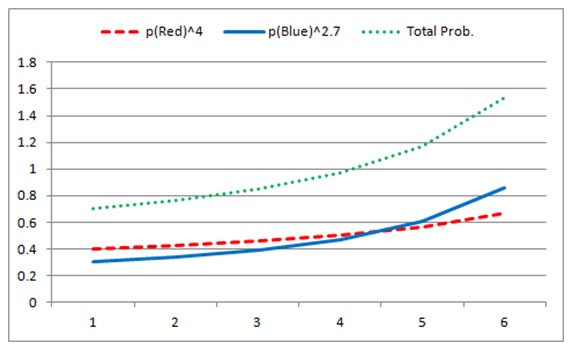 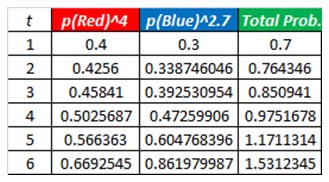 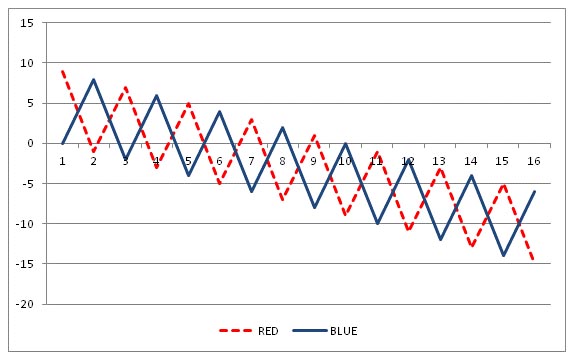 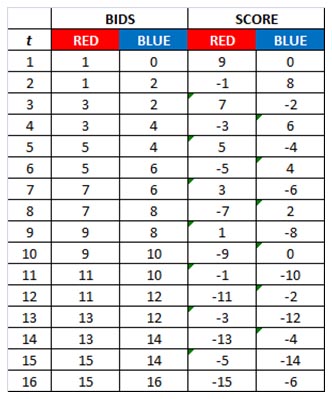 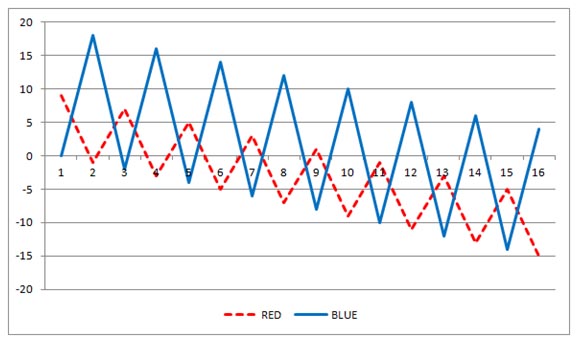 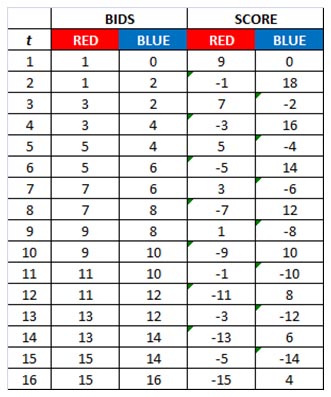 [1]  Stephen L. Melton. The Clausewitz Delusion: How the American Army Screwed Up the Wars in Iraq and Afghanistan (A Way Forward). (Minneapolis, MN: Zenith Press, 2009), 51.

I found the analogy of the duel and when to fire with its percentage probability of a hit to be interesting.

Further, the elder von Moltke was an ardent follower of Clausewitz and had taken great length to understand the Prussian's precise meanings. However, Moltke felt, contrary to Clausewitz, that once military mobilization began, politics and the policy it was derived from were to be separate from military strategy.

I base my view on Moltke's interpretation of Clausewitz because we know that Kaiser Wilhelm signed the mobilization order after Prince Lichnowsky, his ambassador to Great Britain incorrectly advised him that the British would remain neutral and guarantee French neutrality if Germany refrained from attacking France.

A relieved Wilhelm II then ordered Moltke to immediately cease the mobilization against France and concentrate against Russia. Moltke was horrified in that it would require turning the mobilization plan literally upside down.

In the end, Moltke was not interested in a diplomatic solution once mobilization was declared and Reich Chancellor Hollweg acquiesced to this view and subscribed to the General Staff belief that Russia would be militarily superior by 1917 thus a war now would be advantageous.

Just some scattered thought on the beginnings of WWI.