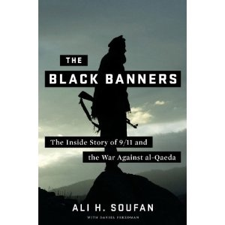 Ali Soufan worked as an FBI Agent in a number of high profile terrorism cases and was instrumental in helping the United States understand the dynamics of the September 11th attack and the bombing of the USS Cole.  He represents a clear example of the importance of diversity in our efforts to combat terrorism.  Soufan’s book will aid those wanting to understand the painstaking work needed to protect the United States from terrorist attack, and the multi-disciplined approach of which Soufan was part.  His book opens with an exchange between Soufan and the Yemeni Abu Jandal, who served as Usama Bin Laden’s bodyguard.  Abu Jandal tells Soufan, in Arabic, “we will win you know why? The hadith (sayings attributed to Prophet Muhammad) says if you see back banners from Khorasan (Afghanistan and the Caucuses) join that army, even if you have to crawl through ice, no power will be able to stop them.”  Soufan then completes the saying responding, “and they will finally reach Beitul Maqdis (Jerusalem) where they will erect their flags.”  Abu Jandal surprised, says to this FBI Agent, “you know this hadith, so you really work for the FBI?”  Soufan explains that he does and then adds that “the hadith was attributed to Abu Hurairah (a companion of Prophet Muhammad) and it’s questionable whether that actually was said by the Prophet.”  Soufan explains that this quotation became popular as the Umayyad dynasty was overthrown by the Abbasids who carried black banners and originated from the caucuses region around 750 AD, this is exactly the kind of interchange and deep understanding that allows for effective interrogations of suspects.  At the end, interrogation is about keeping the conversation going, putting holes in arguments, and getting them to slip up after hours of discourse.  It is also a level of understanding and scholarship possessed by Americans, like Soufan and others, who are able to get into the mind of terrorists that they are able to finish their sentences and quotations for them.  This provides the United States an edge which needs to be cultivated.

Asymmetrical organizations like al-Qaida, the book argues, develop their own counter-culture with special texts, lore, codes of conduct which are outside societal and religious norms.  The book explores these themes as Soufan searches for anomalies in the pursuit of al-Qaida around the globe.  Of note, he joined the FBI as a fraternity bet.  Bin Laden’s Sudan years (1991-1995) are discussed in which the late al-Qaida leader found freedom to operate in exchange for investing in the country, an example he charged Essam al-Ridi to purchase a jet plane for $250,000 and deliver it to Khartoum International Airport.  Al-Ridi, a pilot, would provide Soufan information on al-Qaida, and would provide testimony that would put away al-Qaida operatives in the United States.  The book discusses the al-Qaida switchboard in Yemen that Soufan and his FBI colleagues would uncover that would begin the process of understanding who was behind the USS Cole and the 9-11 attacks.  Soufan also discusses the challenges dealing with Yemen’s competing security organizations and then delves into the psychological techniques he used to get not only terrorists to reveal what they know, but at the same time get Yemeni officials to cooperate with the FBI.

Soufan ends his book discussing that the others half of battle lays in the arena of ideas, countering narratives and the thereby the recruitment methods extremists use.  He highlights the Chinese philosopher of war, Sun Tzu, whose advice to understand the enemy also meant using knowledge not only to identify al-Qaida operatives but to know them so well you can undermine their arguments, logic, and techniques.  “Black Banners,” is a book for those who want a serious look at the business of countering al-Qaida and its affiliates, an effort undertaken by Muslims and non-Muslims alike, who have both been victims of their utopist vision propagated through violence.  This book is not for those who want to engage in fear-mongering or simplistic generalizations of the threat.

"The Black Banners" was recently included on the Project On Government Oversight's "15 Books That Matter" summer reading list. (The full list is here for those who are interested: http://getinvolved.pogo.org/site/PageNavigator/books_that_matter_summer….)