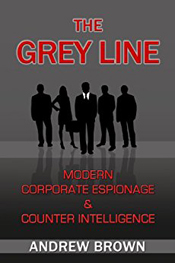 The internet has many societal benefits, but a byproduct of accessible information is that open source data (Google, social media, LinkedIn, etc.) can now be used to create a mosaic on a person and/or organization. Brown asserts that “ouvert open source research engenders little or no risk of detection” (Brown, 25) while at the same time yielding “tremendous amounts of commercially valuable information which often gives as a clear a picture of a company’s actions” (Brown, 25) better than any data derived from espionage or covert operations ever could. Before the internet, it was necessary to conduct physical reconnaissance to determine weaknesses and vulnerabilities of a person and/or organization, but “looking for vulnerable links within an organization has become much easier than it was even a few years ago” (Brown, 45) because of the “advent of the internet and more specifically, to the boom of social media” (Brown, 45). Brown continually advocates for digital intelligence gathering because “virtually every piece of valuable information generated by a company is held in its internal computer systems” (Brown, 169) which, as Brown points out, does not require physical presence to access. The internet has afforded spies the ability to conduct covert operations that begin with legally obtained open source data and to potentially never set foot on the premises of the organization about whom they are collecting data. The internet has created a buffer between spies and physical locations which make it an outstanding espionage tool because it limits exposure and makes attribution more difficult.

Brown makes it evident that the skills required to conduct in-person espionage require years of training and discusses them for hundreds of pages. But, he also argues that the internet has created a place where one can conduct espionage “with minimal technical skills” (Brown, 45) and that one can “have access to nearly every detail that they could wish for on people working at a specific firm” (Brown, 45) or organization. The barriers to conducting intelligence operations in the digital age have been broken, and Brown’s work shows that, though in-person intelligence operations are critical to creating a holistic picture of an organization, the internet makes it much easier for spies to collect information with minimal technical expertise (and as a byproduct their jobs are arguably easier). One of the examples Brown provides is the amount of information one can obtain from social media; he discusses how “sites like LinkedIn give immediate access to critical startup data such as who works for a specific company at any given location and their background” (Brown, 45). Previously, this information would have required a spy to make telephone calls, ask questions, conduct physical reconnaissance, and take up a lot of their time preparing for an operation. But, without requiring expensive expertise or hardware, they can now gather the startup intelligence required to conduct an operation from their phone or computer completely legally and in a fraction of the time. Brown re-asserts the point that the lack of technical skills required in internet espionage “gives the spy an entirely new means of conducting non-technical operations covertly” (Brown, 171) and that the “net has proven to be a true revolution in the intelligence world” (Brown, 171). The lack of technical expertise required to conduct internet intelligence surveillance affords the spy more protection during the commencement of an operation because he/she is not required to physically be present to gather information.

Company information, before the internet and digital storage, was tangible (i.e., existed in a physical medium), and therefore had to be stored (normally on company property). The internet changed the way in which companies account for, and store data. With the advent of the internet, data and information are now stored digitally, communicated through a technological medium (e.g., email), and can be accessed outside of the office by employees. Employees are now a prime target when away from the office because of their ability to access company information whether via email, data stored on their electronic devices, or their ability to connect to their organization’s network. Email is unique in that “it is not cost effective to screen emails and most companies don’t even try” (Brown, 139). Email is a major threat vector for an employee, and email addresses can easily be obtained from somewhere like LinkedIn. Employees are also a target because they “tend to keep valuable company data on personal electronic devices” (Brown, 274) which means their “smart phone, tablet PC, or laptop can contain enough sensitive corporate data” (Brown, 274) to potentially harm an organization or provide a spy with key information in an intelligence collection effort. Employees are also human, which means they are prone to errors like using the same password for multiple logins; “the most common computer security issue that average citizens have is the tendency to use the same password across multiple sites” (Brown, 47).  Before the internet, employees could have potentially brought organizational information home with them, but it didn’t afford a spy access to an entire network (only the physical data they had on their person) which is now possible because of networked devices. Employees can potentially expose their organizational information on their electronic devices whenever they connect to the internet which creates threat vectors that should put a smile on the face of any spy collecting digital information.

The internet “provides information surveillance options, vast fields of raw data held externally and open to penetration” (Brown, 171) along with “secure communications options undreamed of even a generation ago” (Brown, 171). The internet has become the best espionage tool created by man because if affords a spy the ability to gather intelligence without being physically present, it creates methods for intelligence gathering that require minimal expertise, and it has led to more avenues for intelligence gathering because of employees and their ability to access organizational information outside of the office. The internet will be a mainstay and the dominant player in intelligence collection for the foreseeable future.

James J. Torrence is an active duty US Army Signal Corps officer. He is a graduate of the United States Military Academy. He has a Doctorate in Strategic Security and multiple graduate degrees including an M.S. in Strategic Design & Management, an M.S. in Cybersecurity, and a Master of Military Art & Science. He has deployed twice to Afghanistan as a battalion communications officer and has served in various military leadership positions in the United States, Germany, Belgium, Korea, and Israel. He is the author of Strongpoint Cyber Deterrence (SWJ Book Pocket Book, 2020).

This book will be helpful…

This book will be helpful for those who want to go deeper into this sphere. I've read it when I prepared my college report, and with https://essayontime.com.au/corporate-law-assignment-help, my academic performance is on the highest level. It's important to be professional in your sphere so I think that this book is a must-read for everyone who wants to succeed.