A Ball of Mirrors: Iraq’s Lessons for Future Counterinsurgencies

Despite a plethora of remedies, insurgencies are like running streams: it’s hard to know exactly what worked, for how long or for how many. Centuries ago Iraqi philosopher Ibn al-Haytham (Alhazen) provided the best analogy for the complexity of counterinsurgency. Imagine a mirror shaped as a ball; now try to find the point on the mirror where the light will be reflected toward the eye of an observer. This Alhazen’s problem is exactly what most counterinsurgents face: they know their inputs: hearts, minds and guns (start point of light source); they experience the outputs: failure or success (end point of reflected light); they have an idea of the place and people (the diameter of the ball of mirrors), but they don’t know when, where and how insurgents will fight back (exact point of light reflection on the ball of mirrors). Unlike a certain mathematical solution (sum of fourth powers) counterinsurgency is a laden with human error and complexity. 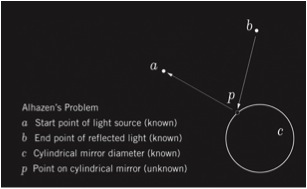 So when we, Americans, decide to undertake this arduous task we must make sure our core national security interests are threatened: survival, economic vitality and global leadership. So when our natural livelihood is threatened we will have to engage: the United States can’t wish away counterinsurgency. Yet, we must be smart about it: rely on local partners when we can, and engage directly in large numbers as a last resort.

As the post-9/11 wars wrap up and we begin to focus on nation-building at home, it is vital that we honestly ponder over Iraq. This requires a measured approach, away from supporters of the war that argue that we played midwife in the birth of a stable oil-producing multiethnic democracy or critics who blame the Bush administration for creating an Iranian lackey. Despite the debate on Iraq’s unclear future, it carries important counterinsurgency lessons.

Richard Shultz’s new book, The Marines Take Anbar: The Four Year Fight Against Al Qaeda, on Marines in Iraq’s Anbar province is an excellent reflection from a longtime American national security guru. Shultz presents a rigorous study of when, why and how Marines created calm in the midst of chaos by focusing on protecting the population through a effective combination of force, cultural shrewdness, and information asymmetry. Luck also played a major role as did other elements outside of Anbar and Iraq. Yet U.S. Marines, agile and adaptive, stayed true to their history and made remarkable strides to become the backbone of the ‘surge.’

Shultz focuses on three distinct periods of learning for the Marines: the lack of post-war planning and the rise of the insurgency in 2004; the apex of the insurgency in 2005 and the eventual adoption of effective counterinsurgency 2007. In the first phase the Marines fanned the flames of insurgency by applying force sans intelligence or local partners. Yet even when they leveraged the human terrain by respecting and defending the local population violence still went up before it went down.

Iraqi Insurgents did their own learning. They conducted after-action-reviews, innovated their weapons and highlighted religious and ethnic cleavages. Still, many insurgents attacks were prevented, many inventions failed, and many insurgents were divided on local and national goals: local tribal disputes, cooperation with Al Qaeda, sectarian battles and national liberation.

Shultz highlights several lessons from Anbar for United States and its allies. In general, Shultz argues that 21st century insurgent groups are diverse unclear syndicates; both united and fractured, innovative and antiquated, criminal and devout and ideological and profit-seeking. The challenge is to identify this moving target, capture when you can, and shoot when you must. The age-old maxim of knowing your enemy still applies, but it’s easier said than done. Cultural understanding is essential for effective intelligence-driven police actions. Even after two wars that immersed thousands of U.S. troops and diplomats in foreign cultures, there is a scarcity of cultural, religious and linguistic training. Many who have succeeded in engaging the local population, like the Marines in Anbar, learned on the job.

Shultz book goes a long way in highlighting successful counterinsurgency approaches: engaging the local population, improving intelligence, and exploiting inter-insurgent group cleavages. However, the book falls short on explaining the insurgent side of the equation. How did the insurgent strategy change? What were the strengths and weaknesses of insurgent propaganda, recruitment, training, and financing? What were their counter-intelligence capabilities and how did they exploit the cultural ignorance of the Marines? Such questions are vital to understand the wide array of factors that brought Iraq back from the abyss.

Shultz concludes by stating, “…in counterinsurgency warfare…the only constant is that the unexpected will always be present in the fight,” and that “a persistent and prevalent pattern of irregular conflict has emerged, and the trend is here to stay for the foreseeable future.” Despite its importance, Iraq is but one important case study, and the lessons from it are not a cure-all for all future counterinsurgencies. For counterinsurgents there is no easy answer to Alhazen’s problem.

Haider Ali Hussein Mullick (@haidermullick) is a lecturer at the Naval Post Graduate School (LDESP) and Provost Fellow at the Tufts University. His website is www.haidermullick.com