As America’s Army prepares for a conventional war and develops multidomain doctrine, new technologies will be developed. However, there are several places where existing technology can be used to fill gaps that have appeared as the Army transitions. This is especially true for urban combat and drone warfare. Here, I propose 2 new platforms that can be adapted from existing technology to answer the changes brought about by the mass introduction of drones onto the modern battlefield. In Part 2, I will address urban combat separately.

The Bradley Infantry Fighting Vehicle (IFV) was originally developed to replace the M113. The M113 did not have a turret, while the Bradley does. For future IFVs, however, drones might be a viable substitute for a turret. Turrets are complicated and expensive pieces of machinery and replacing them with drones would simplify and lighten the vehicle, decreasing its overall costs. Drones can fly higher and see farther than an optic inside a turret and are easier to replace. Each vehicle could carry two drones, so as to have a backup in case the first is destroyed and include a dedicated crewman to operate both them and the vehicle’s communications equipment. The vehicle would thus carry at a minimum: one driver, one gunner, one drone operator/radioman, and at least one full 9-man squad. 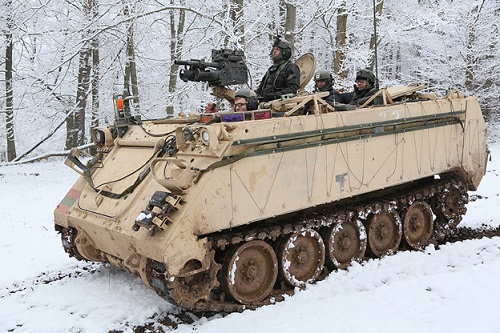 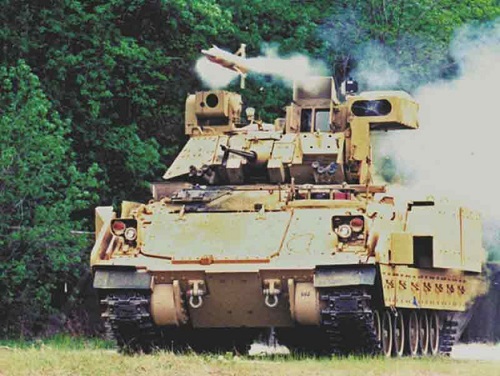 Since the IFV would be intended for mobile warfare, rather than urban combat, its main armament will likely be a single 30-mm cannon, rather than the current 25mm/TOW missile armament. A coaxial machine gun in either 7.62 or 6.8 caliber might also be advisable for softer targets. Making use of caseless and/or telescoped ammunition for both guns would further reduce weight and volume, although polymer casings would require their respective weapons to be fired from an open bolt.[i]

The hull of the IFV would need to offer protection from the front, below,[ii] and above.[iii] Its final design would borrow numerous elements from the Churchill Kangaroo. The Churchill tank, built during WWII, was a heavy tank with extraordinary cross-country mobility,[iv] albeit at a cost to its speed. The Kangaroo was a troop carrier built on the same chassis, but with the turret removed. Without the turret, the vehicle had a low silhouette, but was too tall for infantry to easily climb.[v] The wide treads had a twofold benefit: in addition to increasing mobility over mud and sand, they also provided some flank protection, allowing the frontal armor to be further thickened. The large treads additionally incorporated side escape hatches for the crew, and the small wheels allowed the tank to sustain some damage without becoming immobilized. For an IFV, all these traits are desirable. A modern IFV can have the same cross-country mobility through the use of wide treads, while incorporating more powerful engines in order to not sacrifice speed. NBC protection will still be necessary as well. 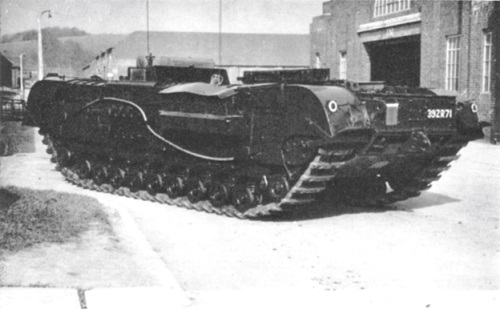 The IFV ought to feature a modular design, like the Israeli Merkava tank. The Merkava is primarily for armored warfare but can also act as an armored ambulance or carry a small number of troops. The new IFV ought to be able to carry either troops or cargo. This dual-purpose modular design can, and should, ultimately drive (no pun intended) the doctrinal development of self-sufficient companies.[vi]

Returning to technical design of the IFV, the ideal design would utilize cheap, commercially available parts, be repairable with hand tools, and be operable by men with minimal technical training. The Merkava is designed this way, and this design philosophy is even more appropriate for an infantry vehicle. An argument can be made for tanks which require advanced technical knowledge in order to increase lethality, but an IFV will inevitably be driven by infantrymen and non-combat MOS personnel. 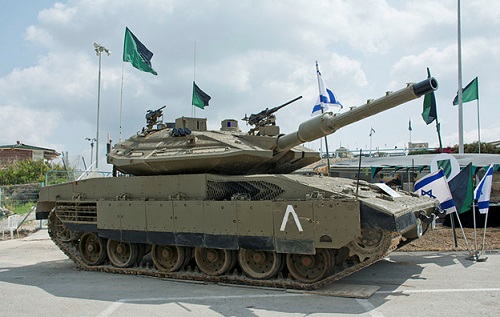 The new design would look similar to the image below, when viewed from behind on its left. The image deliberately omits the following: all wheels and rollers, rear exit hatch, side mounts for cage armor, and 30mm main gun. The proportions are not absolute. 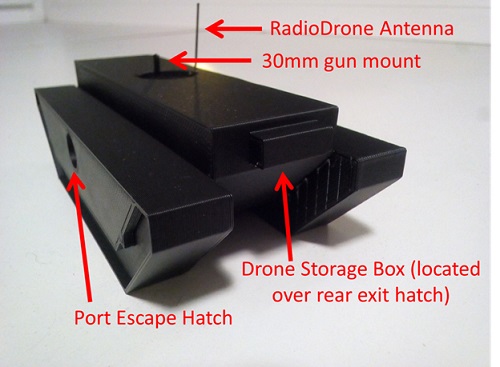 In the mid-20th Century, the aircraft carrier surpassed the battleship as the team’s star player. Battleships became obsolete, but drones and missiles could make them relevant again. These new battleships would effectively be floating missile silos with separate launch pads for anti-ship, anti-air, and anti-missile rockets. They would be larger than cruisers, able to carry more ammunition, and be powered by nuclear reactors like carriers. They would carry numerous drones and electronic warfare equipment, and bristle with dozens of Phalanx CIWS miniguns and Bofors 40mm AA guns to ward off swarms of drones or small Iranian boats.

The new battleships would be utilized in a manner similar to carriers, both within a carrier strike group and in their own strike groups, which I call Battlestrike groups. Battlestrike groups would be cheaper than carrier strike groups and could possibly replace the carrier strike group completely. The navy currently has three needs: convoy escorts, light strike groups for slashing attacks against opponents and gunboat diplomacy, and heavier, larger battle groups for slugging matches. Carriers are the champions of the navy, but America has a limited number of them, and they can only be in one place at a time. I agree with Dr. James Holmes’ argument that the carrier’s place is in the battle group and propose that Battlestrike fleets could be a viable replacement for the role of slashing attacks and gunboat diplomacy. Battlestrike groups would have drones for aerial reconnaissance and attacks, while also being able to call upon guided missiles for over-the-horizon strikes. Likewise, in a carrier battle group the battleship could act as a support ship, delivering long-range fires, Electronic Warfare, drone reconnaissance, and Area Access/Area Denial to protect the carriers and screen ships.

In part 2, we will look at equipment designed for combat in megacities.

[i] Brass casing acts as a heat sink, helping to prevent rounds from cooking off in the chamber. Polymer casing is less efficient than brass, but experiments have shown that an open-bolt design can compensate.

[ii] Against mines and IEDs

[iii] Against attacks from buildings’ upper floors and helicopter gunships

[v] This was particularly useful against the Japanese

[vi] In a war against a peer opponent, company commanders must be capable of independent, combined-arms action in the absence of orders from above.