What If Iran Brings Energy War Here with Hezbollah Attack on U.S. Oil and Gas?

What If Iran Brings Energy War Here with Hezbollah Attack on U.S. Oil and Gas?

This article was originally published by Homeland Security Today and is re-posted here as part of a SWJ-HST collaboration agreement. 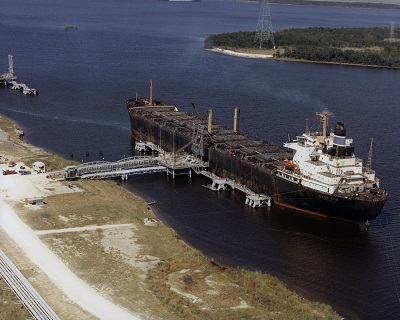 Tensions with Iran are escalating by the day. Already the Iranians have staged a number of sabotage attacks on oil tankers and seized a British vessel on Friday. Their Houthi allies have conducted drone attacks on at least 10 targets including a major Saudi oil pipeline. Speculation is rife as to where Tehran or one of its surrogates will strike next.

We would do well to remember it may be here.

Iran, via the Qods Force of the Iranian Revolutionary Guard Corps (IRGC) and Hezbollah, retains the capacity to stage terrorist attacks worldwide. That includes inside the United States. Planning for such attacks is ongoing and detailed as illustrated by the cases of Ali Kourani and Samer el-Debek, two Hezbollah operatives tasked with collecting information on U.S. targets in preparation for terrorist attacks and arrested by U.S. authorities in 2017.

Should Iran decide to utilize its worldwide capability to retaliate against U.S. oil sanctions and other measures, it seems likely that attacks may focus on targets associated with the U.S. oil and natural gas sectors. Damaging the U.S. in this way would be a clear, comparable response to the actions the United States has taken against Iran’s energy industry. It would also fit nicely with the broader purpose of Iran’s sabotage actions to date, which have been designed to dangle before the world the prospect of energy shortages, skyrocketing oil prices and economic catastrophe. The Iranians, with good reason, calculate that Washington’s less-stalwart allies are likely to break ranks if the U.S.-Iranian confrontation begins to have real economic consequences. Should the Iranians be able to cause discontent inside the United States, as well, particularly in the run-up to a presidential campaign, that would be an added bonus.

Since 9/11, government and private security forces inside the United States have dealt with a number of terrorist and sabotage threats. None of them, however, are comparable to what Hezbollah will bring to the table, and it is unlikely that the measures that have sufficed to date will even begin to pass the test of detecting and preventing attacks by this sophisticated adversary.

Most attacks or attempted terrorist attacks inside the United States in the past 18 years have been connected to individuals or groups of individuals who were largely self-radicalized and acting without the benefit of training or a support structure. While the diffuse nature of this threat has made detection a challenge, it has also meant that most of the individuals planning and carrying out attacks were unsophisticated and their attacks consequently amateurish. That will most definitely not be the case with Hezbollah.

Within the energy sector most attacks have been carried out by environmental groups opposed to fossil fuels and have been focused on relatively simple sabotage measures. In some cases, such groups have been successful in shutting down pipelines or temporarily disrupting construction, but none of their actions have been designed to cause mass casualties or to harm the public as a whole. Whatever their politics, U.S. environmental “terrorists” have placed serious self-limitations on how far they will go in the use of violence. This will also most definitely not be the case with Hezbollah.

The cases cited at the outset of this article involving Samer El Debek and Ali Kourani provide a clear window into just what the capabilities of Hezbollah are, its ongoing preparation for actions inside the United States and the sophistication of its operations.

Debek is a naturalized U.S. citizen living in Dearborn, Mich. He was recruited in 2007 or 2008 by Hezbollah’s Islamic Jihad Organization (IJO), which is responsible for terrorist actions outside of Lebanon. According to El Debek he was recruited largely because he was a U.S. passport holder. Debek was paid $1,000 a month by Hezbollah and also received medical expenses.

Between 2008 and 2014 Debek received training in a number of terrorist disciplines. These included surveillance, the use of disguise, bomb-making and the employment of automatic weapons.

In May 2009, Debek traveled to Thailand at the direction of Hezbollah to retrieve explosives from a compromised safehouse. He used multiple passports and covered his travel to Bangkok by saying he was on a sex holiday. In Thailand he hired a female prostitute and had her enter the compromised safehouse first while he watched from a safe distance until he was satisfied the building was not under surveillance.

In 2011, at the direction of Hezbollah, Debek traveled to Panama to locate and case the U.S. and Israeli embassies and to gather preliminary information on the Panama Canal. In addition, while in Panama Debek identified locations from which to purchase materials such as acetone and battery acid, which are used in the manufacture of explosives. He also learned to drive and began to take Spanish lessons.

Debek traveled to Panama under the pretext that he was thinking of opening a business there. To solidify that cover he did, in fact, gather information regarding the cost of opening a business in Panama. Debek also sent numerous emails to a variety of companies discussing his plan to open an import-export business and inquiring about the availability of different types of merchandise. Debek spent roughly one month in Panama on this mission.

In early 2012 Debek returned to Panama for another month. On this trip he conducted more intensive casing of the Panama Canal.  Debek was instructed by his IJO handler to identify areas of weakness in the Canal’s construction, gather information on Canal security and establish how close one could get to a ship transiting the Canal. Debek took over a hundred pictures of the Canal, which he subsequently gave to the IJO. Debek also gave the IJO extensive notes and maps he had prepared.

Kourani, a native of the Bronx, was recruited by Hezbollah in 2009. Shortly after, he began to carry out operational activities similar to those undertaken by Debek. He cased targets including the buildings housing the FBI and U.S. Secret Service in Manhattan, as well as New York’s John F. Kennedy International Airport and a U.S. Army armory. He also worked on identifying sources from whom he could procure arms that Hezbollah could stockpile for future use.

Like Debek, Kourani received extensive training in clandestine communications, tradecraft, weapons and tactics. This included time at a terrorist camp in Lebanon. When arrested, Kourani described himself as being part of a sleeper cell. In the words of U.S. Assistant Attorney General for National Security John Demers, “While living in the United States, Kourani served as an operative of Hezbollah in order to help the foreign terrorist organization prepare for potential future attacks against the United States.”

The picture painted by the investigation into the activities of these two individuals is one of a very large, very sophisticated organization with superb tradecraft. The targets under consideration, including the Panama Canal, are complex and well-guarded. And yet, undeterred Hezbollah, using trained assets employing cover and well versed in how to conduct detailed casing, set about the task of tackling the significant operational and logistical challenges involved.

An organization willing to put together a plan to attack JFK airport in New York or cripple the Panama Canal would have no trouble in identifying the legion of vulnerabilities in the U.S. oil and natural gas industry. All across the United States tens of thousands of miles of pipelines sit effectively unguarded. The key pumping stations dotted along these pipelines are only marginally better secured. Along the coast massive refineries and, increasingly, LNG export terminals, while better guarded have nothing like the resources and expertise necessary to detect and/or respond to the kind of attacks Hezbollah is capable of launching.

The U.S. government is unlikely to be much help. The Transportation Security Administration (TSA), the U.S. agency in charge of the U.S. oil and gas pipeline system, for example, employs a grand total of six individuals in its pipeline security branch. It will fall then to the private sector to make the necessary preparations for what may be a coming Hezbollah offensive. Let’s hope those preparations begin immediately. We may not have much time.

Charles S. (Sam) Faddis, Senior Partner- Artemis, LLC is a former CIA operations officer with thirty years of experience in the conduct of intelligence operations in the Middle East, South Asia and Europe. His last assignment prior to retirement in May of 2008 was as head of the CIA's terrorist Weapons of Mass Destruction unit. He took the first CIA team into Iraq in the Summer of 2002 in advance of the invasion of that country and has worked extensively in the field with law enforcement, local security forces and special operations teams. Since retirement, he has written extensively, provided training to a wide variety of government and private entities and appears regularly on radio and television.