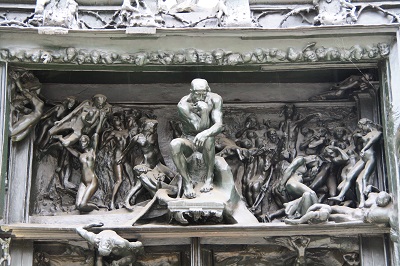 With each generation, its soldiers are issued the new cutting-edge weapons to defend or destroy as required. From rocks to spears to nuclear weapons, mankind has progressed in the technology of killing. It has permitted its users to evolve from the highly personal closeup application to the most distant and dispassionate destruction from afar.

However, one combatant tool always remains resident regardless of the evolution of time and generations and that is the power of thought.

Civilizations fear thought as they fear nothing else on earth. Thought is merciless to privilege, position, wealth, education, established institutions, personal and organizational agendas, the wealth and strength of institutions and comfortable habits.

Thought is a fearsome tool as it is, and can be, anarchic and lawless, indifferent to authority, careless of established norms and social barriers or the imbedded beliefs in the wisdom of the moment.

Thought can be subversive and revolutionary, destructive of the ages or the builder of things grand and desperately needed.

Thought can raise the moment to a sublime degree to accomplish the nourishment of the spirit.

Thought can be the salvation or the destructor of its possessor.

Thought looks into the pit of hell and is not afraid-it is the soldier’s greatest asset and potential liability. Thought is nature’s two edged sword in the thrust and parry of life on the edge. It holds both fear and force for its consumer.

Thought is great and swift and free, the light or the darkness of the world, and the greatest asset a soldier may possess. It can be trained, retained and utilized or sit dormant and perverted. The choice is with the beholder.

Men of opposing forces fear thought as they fear nothing else on earth. Thought is the weapon of force application and the driving dynamo to success or failure. Like any weapon or tool, it must be honed, exercised and understood.

Thought is like a wild mustang on the range who enters the corral at the soldier’s first formation. Time and conditioning focusses and calms the beast and develops responses to commands. In time, the soldier tames, directs and develops it into an instrument of service. One becomes the other and the parts are inseparable.

Thought looks into the pit of hell and is not afraid. Thought directs the tools and the body. Thought is great and swift and free, the light of life and the savior of the soldier.