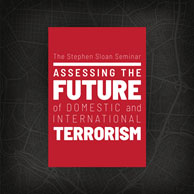 The Stephen Sloan Seminar was held 28 March 2019 at the Oklahoma City University School of Law, Oklahoma City, OK. The conference co-sponsored by The Murrah Center for Homeland Security Law and Policy at Oklahoma City University (OCU) School of Law and The Center for Intelligence and National Security at the University of Oklahoma (OU). It honors the groundbreaking contributions of Dr. Stephen Sloan to the field of counterterrorism over 40 years (a pioneer of the academic study of terrorism in the 1970s and author/co-author of 13 books) and brings together experts in counterterrorism analysis, policy, and national security law. The event had 50 attendees from academia, government, law enforcement, and the private security industry. A day prior to the event, a special archival tour of the holdings of the Oklahoma City National Memorial & Museum was provided to the attendees. 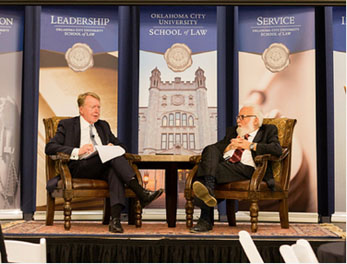 Key points and takeaways related to domestic and international terrorism futures (and retrospectives & response) raised at the conference from the perspective of the speaker are:

Tapes of the above interviews are in the process of being transcripted for online posting. Additionally, Dr. Sloan’s terrorism library and papers have been donated to the Murrah Center archives which are available to visiting researchers.  The point of contact for more information related to this event and Sloan Papers research is Valerie Couch (Interim Director of the Murrah Center). She can be reached at the Center’s email address: murrahcenter@okcu.edu.