Sayyid Qutb and the Origins of Radical Islamism 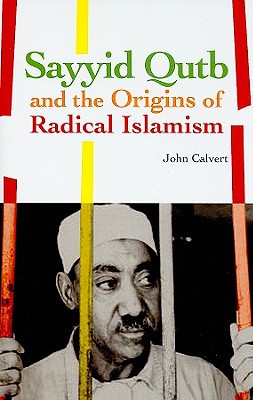 Associate Professor at Creighton University in Nebraska has come out of the blue and produced an exquisite intellectual biography of Sayyid Qutb.  While Qutb remains the most important ideologue of modern militant Islamist theory, the author argues how even within Qutb’s life and writings militant Islamists like al-Qaida are selective about his ideas and work.  Calvert also takes us into an intellectual journey that found Qutb not always an advocate of direct violent action, but the gradual evolution of his thought within the context of Egypt’s political phases from British Protectorate to quasi-independence, and finally the rise of Nasser and the Free Officers.

Qutb would rub shoulders with such luminaries of Arabic letters like Taha Hussein, who rose to become education minister and reformed Egypt’s education system and Neguib Mahfouz, who attained the Noble Prize for Literature.  Which begs the question why did those men rise to contribute positively to Egypt specifically and Arab literature generally, while Qutb descended into an abyss of religious radicalism?

Calvert offers a deep overview of Qutb’s political theories, such as his deduction that Islamic societies were no longer Islamic because the materialist ethos of the west had so penetrated Muslim countries.  He offers an interpretation that current Muslim rulers had usurped the legislative prerogative that belonged to God alone, which has led to jahiliyah (ignorance) of the divine mandate.  The book reveals the origins of such a synthesis from the French-American philosopher Alexis Carrell (d. 1944) to the Pakistani Islamist ideologue Abu al-Ala al-Mawdudi (d. 1979).  In the case of Carrell, Qutb was so impressed with his 1941 work “Man the Unknown,” that he lifts sections of the work and makes it his own.  Carrell commented on the dehumanizing impact western materialism has had, and astonishingly Qutb took from American poet and author T.S. Elliot (d. 1965) his quote that, “Europeans were Hollow Men.”  These ideas would be synthesized and shaded Qutb’s two year visit to the United States (1948-1950), there he wrote an essay for the campus newspaper at the North Colorado’s Teacher’s College “The World is an Undutiful Boy,” where the woman is Egypt, and the ungrateful boy is the world, and that Egypt taught Greece, and Greece taught the world.  He commented copiously on what he found to be America’s spiritual vacuum, which only leads to more questions as to whether Qutb only sought experiences that fortified his preconceived notions of America?  There is no question he cherry picked, exaggerated, and invented parts of his American sojourn.

Pages correctly identify that one has to read all of Qutb’s books to gain deeper insight into his thoughts.  Many Militant Islamists restrict themselves to his opus “Ma’alim Fee al-Tariq,” (Milestones along the Road), Qutb’s political manifesto and remedy for the decline of Islamic civilization.  While Qutb writes in “Fee Zilal al-Quran,” (In the Shade of the Quran), 15 volumes written in Nasser’s prisons, that “only when idolatrous tyranny is overthrown that people will be free to reconnect with divine mandate.”  Yet Qutb offers no real political alternatives for how the divine is rendered into the practical, his radicalization can be plainly seen in his prison writings. This is the deepest exploration of Qutb I have seen in the English language and a recommended read for those in counter-terrorism, and understanding what aspects of radical ideologues al-Qaida chooses to ignore.

'...the author argues how even within Qutb’s life and writings militant Islamists like al-Qaida are selective about his ideas and work.'

I find this amusing considering that we have done the same with our own 'Bible Masters' such as, Clausewitz, Patton, and Von Moltke the Elder; One could argue that we most assuredly ignored Clausewitz when we simply failed to understand the kind of war we were about to embark on.

Sayyid Qutb. It must have been about 1990, that I first read about this man and his ideas. His ideas seemed to me based on a caricature of the societies he describes, be it the American or the European, or his own. I did't like his ideas, and still dont't like them. Nevertheless, I am very happy I got acquainted with them, it sometimes enabled me to break some of the code of statements made by various groups of Islamist groups since, and to discern one group of Islamists from another. *Sayyid Qutb and the Origins of Radical Islamism* seems to provide a very readable guideline, and Commander Aboul-Enein's review clearly shows that this book truly is recommended reading for many of Small Wars Journal's readers.