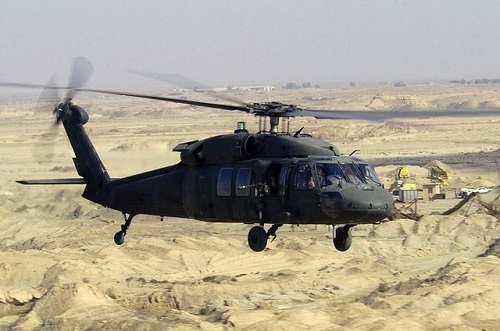 Afghanistan is a largely forgotten war zone because no truly dramatic incidents have occurred there for quite some time. For the past several years, more American service people have died in accidents than in combat or combat support roles. Only occasionally does an issue arise that gets the attention of the media. One of those issues is the controversy that has surfaced regarding the replacement of Russian Mi-17 helicopters with American supplied Black Hawk helicopters. It seems that the Black Hawks do not perform at the high altitudes in Afghanistan as well as the Mi-17. This is a concern, but it is not the primary issue that should be addressed. The key issue is maintenance and aircraft availability; the performance characteristics of the aircraft are secondary at best.

To understand this, we first need to understand the nature of the current state of the insurgency and the terrain where the majority of clashes take place. The Afghan Army faces an insurgency in mountainous terrain, much of it bordering on a hostile state (Pakistan). The population being contested is Pashtun - as are the Taliban insurgents - and the population’s sympathy in rural areas is questionable at best. Consequently, living off the land is not an option for the Afghan troops who are not generally from the local area. Hospital care- where any exists- is not to be trusted, so seriously wounded soldiers need rapid medical evacuation.

Compounding this, we built the post-Taliban government Afghan army in our image. Even in infantry battalions, every soldier is transported by vehicle to remote outposts, and is resupplied by four-wheel drive vehicles or helicopter. The amount of fuel consumed is enormous. In winter, the only way to get resupply or medical evacuation to many isolated units in mountain positions is by air; and in some areas this is also true year-round. Consequently, aircraft availability is critical.

I learned all this the hard way - through bitter experience - not because I have any expertise in aviation logistics. I was the senior civilian advisor in the Bala Murghab district in northwest Afghanistan in 2011-12. It is the only Pashtun district in the region due to some ethnic cleansing and resettlement by the Iron Emir early in the last century. Consequently, we had a significant Taliban presence to contend with. By May of 2012, we had a battalion (kandak) of Afghan troops, A significant portion of an Italian Alpine troop, and a Marine Corps Special Operations team. We had expanded our security bubble to include most of the Murghab River Valley in our district. Life was pretty good, but then the bottom fell out. The Obama administration’s arbitrary time-line mandated that we transition the district to full Afghan security control by September of that year vice the summer of 2013 which had been the long-range plan.

The district security committee included myself, the District Governor, the coalition military commanders, the police chief, and the kandak commander. We immediately began an estimate of the situation. I think we did our homework well. Our district was similar to the terrain along the Pakistan border to the south and east. Overland travel in the summer could only be achieved by four- wheel drive vehicle and by helicopter in the winter. Our regular resupply was by helicopter or air drop and the clear majority of that was by US, Spanish, and Italian aircraft. Afghan helicopters came on an irregular and “as available” basis.

We crunched the numbers. By our most optimistic estimate, the kandak and police would be able to logistically support the outer outposts of the security bubble for three months after we left. As visiting general officers visited our forward operating base to check on our preparations for transition, the security team dutifully briefed them on the dire logistic situation the Afghans would be facing when the coalition forces left. Frankly, it was like talking to a wall. The visiting generals and colonels wanted to talk about kandak and police combat readiness which was not an issue. We could have been giving the briefings in Yiddish. In fairness to them, the Afghan Air Force was what it was, and orders were orders. But, I was particularly disappointed with the lack of understanding shown by our regional US special forces hierarchy. The adage that amateurs talk tactics and professionals talk logistics proved to be accurate. The SOF senior leadership and most senior US Army general officers proved to be bush league in understanding the real issues of the war. The attitude was, “suck it up”. I could name names, but this piece is not about recrimination. The commander in Afghanistan happened to be a Marine Corps general officer at the time and he never even bothered to show up. When the transition occurred, the collapse of the security bubble was worse than expected. Within a month after transition, the perimeter had been reduced to the district capital outskirts and the district was back in Taliban hands. American, Italian, and Afghan lives had been sacrificed for no good reason.

Since that time, many other remote districts have been lost in Pashtun territory. If soldiers far from home cannot expect regular resupply and have an expectation that even a moderate wound might result in death, it is hard to ask them to put their lives on the line.

The lack of equipment readiness on the part of the Afghan Air Force was not the only reason for the debacle, but it was a major contributor. The Obama administration’s arbitrary time-line was part of it, but the inadequacy of ten years of coalition training in preparing that Afghan Air Force to sustain itself was not just manifest in our district was the final stake in the heart. Since that time, numerous remote districts have also fallen to the Taliban. We created a force dependent on air support, and then failed to create the air power to support it.

This is why creating a maintenance and logistics capability for the Afghan Air Force is so important. It doesn’t matter how many planes they have or even how good, the key indicator is how many planes are flying.

The decision to go to American helicopters is probably a wise one. If the war effort depends on a Russian supply chain, it is held hostage to being cut off due to a crisis between the US and Russia someplace else in the world. Russian aircraft were designed to be maintained by relatively low skilled draftees and are probably easier to maintain. But once a mechanic is properly trained on any aircraft and has a proper supply of parts, he- or she- should be able to keep anything flying.

If I were a commander in Afghanistan today, my first question on visiting an Afghan air base would be; “what is your aircraft readiness rate”? If it is less than 70%, I’d want to talk to the mechanics. That would say volumes.