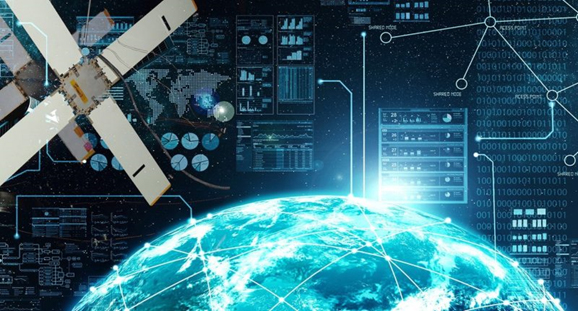 “The cognitive war is a mostly hidden war, because it rarely involves direct confrontation or kinetic action.  It involves a war of ideologies.  If we fail to not only counter punch in this domain but build a sustained and proactive foundation to advance in the cognitive domain, we will have no other option then an eventual kinetic conflict.  Kinetic capabilities can dictate an outcome but sustained long-term outcomes will remain solely dependent upon the ability to influence, affect, change, or impact the cognitive domain.”

For this article I will concentrate on China’s reach which is masterful and extensive.  Seemingly unrelated infiltration, one sided trade battles, cyber hacks and data sweeps in historically soft target sectors have exponentially extended China’s domination of cognitive domains globally, and within the United States specifically.   Let’s examine five of their mission creeps and reach back areas of operation.

Placing their government operated Confucius Institutes in higher education and sponsoring Confucius Institute culture clubs in American high schools, China is using these programs to infiltrate American colleges in a bid to both recruit spies and to indoctrinate students to advocate for positions favorable to China. The Chinese government generously funds thousands of students to study in the USA and other western nations.  Yu Minhong, founder and chief executive of the New Oriental Education and Technology Group and a member of the Chinese People’s Political Consultative Conference’s National Committee estimates that the number of Chinese studying abroad each year will peak at between 700,000 and 800,000.

China’s ‘Squirrel AI’ program is a formidable competitor and innovator in online education.  In recent years, China has rushed to develop and implement what they label as ‘intelligent education’.  China now has a billion dollar ed tech industry which includes companies (all companies owned by the Chinese government) like Alo 7 and Squirrel, which are exporting their ‘vision’ and products overseas including to the United States.   These online ‘education platforms; gather data from their clients/students and ‘tailor’ lessons and elements of lessons to improve performance for each of their clients/students.   We need to ask ourselves and the education community-“Do we want the Chinese government and their artificial intelligence programs (AI) to be collecting and serving data and meta data to American children in their formative years?”

Most people will not know about the courageous act of Chinese journalist, Gao Yu who in 2015 (as a 70-year-old woman) was sentenced to seven years in China for publishing the leaked internal Chinese government’s ‘Document Nine’.

“Document Nine can be read as a map of the ruling Communist Party’s anxieties as it pursues its global ambitions; it reads as an early signal of what is fast becoming a global battle of ideas.” The document urged vigilance against the ‘infiltration’ of those dangerous, foreign ideas; today, as China’s global ambitions grow, it is increasingly taking the battle to the source, deploying its formidable economic resources and political muscle to challenge ideas and shape perceptions in the campuses, the communities and the media of the west, and using its weight to bring states and corporations into line with state propaganda.

China has been buying shares in major film and production studios in the USA and UK for over a decade.  The Chinese government purchased the AMC movie theatres while creating English media channels including 24/7 news worldwide.

Like the USA, China is using sexual subliminal and shock programming to distract, distort, divide and disable the American population while inserting Chinese figures, icons and “values” into scripts and screens.

Chinese owned studios and cinemas have already exerted censorship influence on major motion pictures including removing any Taiwanese, Japanese or Hong Kong symbols (new ‘Top Gun’ movie) and changing the nationality of the “enemy” figures (Red Dawn 2012) stirring up division using Hollywood to mix cultural icons erasing the “white man as hero” and encouraging confusion and polarization within ‘western’ societies.  This is a textbook communist tactic.

Concurrently the Chinese government highlights seven major threats to their communist based control of society.  All of these ‘threats’ being fundamental rights and foundations for western republics and democratic rules of law.  The Chinese government aims directly at steering the cognitive domain in their direction utilizing all forms of media already in their targeted countries.

These sectors, as components of the cognitive domain/cognitive war are crucial but often overlooked in political and military decision-making or are not integrated into essential strategies for achieving dominance.  The Industrial and Commercial Bank of China (#1) The China Construction Bank (#3) The Agricultural Bank of China (#4) occupy three of the top five positions of banking global dominance as of the first quarter of 2019.  U.S. capital markets are drastically increasing their holdings of Chinese companies, giving Beijing massive leverage inside the United States and posing huge risks to U.S. investors and the U.S. economy. “This practice transfers billions of dollars out of the United States and into China, while also placing U.S. investors in the position of gambling their economic futures on Chinese companies that are beyond the reach of U.S. government oversight and accountability.”

‘Trade Wars” are part of the non-kinetic battles which have in the past, ignited kinetic wars, which is why negotiations to prevent escalation are so important.  The considered use of sanctions, tariffs, and/or the ‘most favored nation’ status can mitigate economic aggression while de-escalating the possibility of military aggression.   Trade deals are part of the cognitive domain games.  China currently, is continuing its “non-compliance” game in terms of sanctions against Iran.  “In what appears to be a gesture of contempt for Washington, Chinese companies have continued to import Iranian crude, but instead of reporting the crude imports, which would violate US sanctions, they're storing the oil in bonded storage tanks situated at Chinese ports.”

By studying the health patterns, medical conditions and medications needed in a population, China can accurately assess vulnerabilities, deliberately market to these companies and citizens or manufacture “shortages” of essential drugs, especially prescription drugs for psychiatric and chronic conditions.  This is a whole other realm of the cognitive domain.   Chinese cyber criminals were caught but only after hacking into medical records, pharmaceutical company research and development documents, and technical data from Anthem company.  Anthem is considered a health care “giant” in North America.

It should also be noted that the Chinese are using the same social engineering and mind control techniques which were created and refined by the UK and the USA since World War I in specialized institutes -Tavistock Institute Network, Stanford Institute, the Frankfurt School, Macy Foundation, Psi-Tech-to name a few of these privately run but government funded organizations.  The Chinese government does not place the same restrictions or requirements on human subject testing and informed consent.   They are advancing in CRISPR and now LEADER gene editing techniques, monitoring technology and copying the most advanced neuroprosthetics/enhancements. China and India are among the leading countries that are contributing major shares in the neuroprosthetics market in the Asia Pacific.

Enhancing human capabilities neurologically and otherwise raises a nation’s population’s capabilities. The military capabilities (think super soldiers-enhanced human beings) if employed on a mass scale have the potential to alter the entire ‘battlefield’ of the cognitive domain.

In July 2017,  The National Sentinel reported that a Chinese dissident says Beijing had as many as 25,000 spies in the U.S. Guo Wengui, a billionaire businessman who broke with the Communist government several months prior, said China had infiltrated America’s most critical military and defense infrastructure and is threatening our country.   Conventionally, the cognitive domain fights are waged in this realm. The increase in AI (artificial intelligence capabilities) by Chinese companies extends the radius of influence operations. Deep fakes, Voice Clones, and biometric surveillance systems created by American companies but utilized by the Chinese government, are two edged swords.

Fake news will become an increasing challenge.  We should be concerned about the type of mimicry that today’s Artificial Intelligence (AI) technology is producing. Researchers have already developed deep learning AI that can superimpose one person’s face on another person’s body.  The Chinese search giant Baidu constructed an AI they claim can learn to accurately mimic your voice with ‘DeepVoice 2’ — based on less than a minute’s worth of listening to the original voices.  The implications of using this technology to gather information, deceive and infiltrate various levels of society, social media, government and military departments using ‘stealth’ retrieval, is frightening.

“Cyber and information operations harnessing everyday applications like Facebook and Twitter, and the news media, are used to influence the cognitive domain in countries around the world. These are the new weapons of war. Unfortunately, they’re not yet recognized as warfare because digital 1s and 0s can’t be seen, heard or feared like bombs or bullets. The U.S. and its allies must acknowledge the changing characteristics of warfare in the information age and move to defend against cognitive domain attacks.”  This is the view of Colonel Deric J. Holbrook, US Army and a visiting ASPI Fellow to the Army War College.

China is already two steps ahead of America in this battlespace. A comprehensive understanding of the reach of cognitive domains is crucial for anticipating and preventing further infiltration as well as shielding against future attacks. Hao, Karen “China has Started a Grand Experiment in AI Education.  It Could Reshape How the World Learns” MIT Technology Review, August 2, 2019

Hilton, Isabel “When China Rules the World” Prospect Magazine, May 14, 2018

Finch, Brian and Porter, Christopher “What Does Beijing Want with Your Medical Records?” Wall Street Journal,