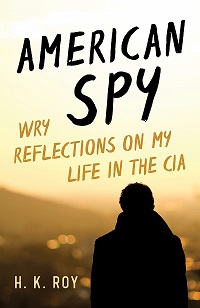 Chapter 30 of American Spy: Wry Reflections on My Life in the CIA.

This story could have been included in the previous chapter [“Ignore My Intelligence at Your Peril (I Am Not As Stupid As I Look)”], but as you will read, this premeditated intelligence failure in Iraq is so mind-boggling in nature that it deserves a chapter all its own. Technically it was not an intelligence failure; it was a spectacular tactical intelligence success story, followed by an unconscionable bureaucratic failure to properly manage an invaluable ongoing counterterrorism intelligence operation. This breakdown in leadership may have inadvertently facilitated the rise of ISIS. The purpose of this story is not to spill secrets or share sources and methods, which I will not do, but rather to shed light on how the US government’s careerist management culture sometimes results in truly unbelievable intelligence failures for the most mundane of reasons. As far as I can tell, there is zero accountability when this happens. To echo my former military colleagues’ advice as we crossed over Mount Igman into deadly “Indian territory” en route to war-ravaged Sarajevo, “Hang on to your butts because here we go!”

The US government had no interest in hearing about my [Babylon, Inc.] business start-up in Iraq in May 2003. In fact, they advised me against the venture, since I was a somewhat known former CIA officer, and that (in their considered opinion) would only lead to disaster.

Fair enough. They had zero obligation to be interested, and I may have reacted the same way if I’d been in their shoes.

By 2005, my Iraqi gamble was paying off. Although we operated across all regions of Iraq, we intentionally maintained a very low profile, with a very Iraqi business “face.” Babylon Inc. was not publicly perceived as an American company. It was much safer that way, and it was also smart business. For example, we would not pay for heavily armed private military company convoys to get ourselves around the country. They were expensive and unnecessary, and they often made a target of those they were designed to protect. Our employees traveled around the country in nondescript Iraqi cars and trucks, blending in beautifully. (Although once in Basra, diligent police at a checkpoint stopped and questioned us because they wanted to make sure I wasn’t being kidnapped; they were not used to seeing an American cruising around Basra with Iraqis inside a typical Iraqi vehicle.) Because of our responsiveness and our modus operandi, we were not confined to the relative safety of military bases and “green zones”; we covered 100 percent of the country.

US government authorities in Iraq got wind of my company’s success and solicited my cooperation. As always, I was happy to cooperate in any and every way possible. Two years after the invasion, confronting the very insurgency Sheik Omar warned about, the US government had begun to appreciate the value of my Iraqi entity with its country-wide “red zone” access. Babylon Inc. was held back by none of the constraints faced by the government. Risky and dangerous activities, which happened to be a routine part of Babylon Inc.’s business, would prove to be valuable to the government’s counterterrorism mission.

Despite their initial concerns, my CIA background remained hidden and a nonissue while I was running Babylon Inc. That said, the fact that I was a former CIA officer running an Iraqi company tailor-made for their requirements made it very easy for the US government to work with me. We spoke the same language. In the process, we both learned that I could do more for the US government mission from the outside—where I was free to run things my own way—than from the inside. The arrangement was good for them and good for me. The results of this unique collaboration were also decidedly good for force protection and America’s national security.

Although the government officials with whom I was dealing clearly understood the potential payoff (as well as the risks) of collaborating with Babylon Inc., something did not add up for some of them, who were almost instinctively opposed. How could a former CIA officer possibly run a business in Iraq? (Answer: it’s not easy, but it can be done.) Unfortunately, the reality is that no situation is ever perfect. If you wait to find the perfect, risk-free environment before acting, you’ll never act. You give it your best shot, try not to do anything stupid, and move forward, with the implicit awareness that no scenario is perfect and there is always some risk that things will go south. If the risks or consequences of not acting outweigh the risks of acting in an imperfect situation, you do the best you can, but you proceed. In the end, since I was willing to risk my company’s future (and employees’ lives) in order to support the US security mission in Iraq, the government was too.

Babylon Inc. was not tied to the military or US government going in, and it would not be so encumbered going out. But our collaboration provided lots of bang for the buck. Both literally and figuratively.

By now it is no doubt aggravatingly clear that I cannot get into much detail, but through Babylon’s collaboration I was returning the favor of life-saving benefits I’d received in the past, by saving the lives of other Americans (and Iraqis), whether they realized it or not. (And for the most part, they did not.) I was paying it forward in a meaningful and anonymous way, and it felt good. I ran Babylon Inc. based on my own unique experience, accomplishing things inside Iraq the US government could not possibly do on their own.

As the United States wound down its military operations in Iraq in late 2011, my government contacts informed me they no longer required my company’s services in Iraq. My arguments—and those of several inside the government—fell on deaf ears. The bad guys were not going away. My business in Iraq continued as usual. President Obama had made good on his promise to get the United States out of Iraq, consequences be damned.

Fast-forward to June 2014. ISIS appeared “out of nowhere” and took over Mosul.

They didn’t really appear out of nowhere. After American troops left Iraq, a crippled but not yet defeated AQI continued to rebuild, as predicted, and eventually morphed into what is now known as ISIS or Daesh. By early 2014, ISIS had taken over Ramadi and Fallujah, after which the terror group formally split from al-Qaeda Central (UBL’s old shop). By mid-June, Mosul was under ISIS control. A handful of scraggly, bearded ISIS terrorists spooked thousands of Iraqi troops, who dropped their American-provided weapons before retreating. President Obama, whose White House had been ignoring Iraq (and CIA warnings about Iraq), said the intelligence community had missed warning signs about the rise of ISIS.[i]

I contacted my old friends in the US government and reminded them that since my business in ISIS-controlled Mosul was still up and running, they might like to collaborate once again. We routinely continued to send money, equipment, and personnel into and out of Mosul, and we had communication with our people inside Mosul (a rarity at the time). According to press reports, the intelligence community had little to no insights into what was happening inside Mosul, so I assumed it would be a no-brainer to gain valuable intelligence. I know I should not have been surprised, but I was when the US government expressed no interest.

I shook the US government tree a few more times, but still with no luck. Despite having experienced everything you read in the previous chapter, I was still flabbergasted. This was ISIS after all. Although Babylon Inc. was now losing money in Mosul, I decided to subsidize the business there rather than shut it down, on the assumption that eventually the US government would come to their senses. How could they not?

Since there was literally no conceivable reason not to resume the collaboration, I had to ask the obvious question: how is it possible that the government has no interest? For me it was like attempting to decipher the nonsensical “Aserejé,” aka “The Ketchup Song”; try as I might, it made no sense. Unfortunately, I cannot share with you the details of their response, but the bottom line is this costly and mind-numbingly idiotic fiasco may have been due to the career concerns of a single, feckless US government employee. I cannot confirm that this is what actually happened. In fact, I hope this is not what actually happened, but I suspect it is. Because nothing else makes sense.

Fast-forward to 2017. Predictably, US troops returned to Iraq to help the Iraqi Army take back ISIS-controlled territory. Together they pushed ISIS out of Mosul, destroying the historic city in the process. The price of the operation to retake Mosul, in Iraqi blood and American treasure, was steep. After Mosul’s liberation, Babylon Inc.’s manager there (Hatem) was briefly arrested by the Iraqi government, until they ascertained he was not a member of ISIS. The government’s suspicions were understandable.

Had the US government not stopped their collaboration with Babylon Inc., would the Obama administration have had advance warning about ISIS and its designs on Mosul? Could we have prevented the ISIS takeover of Mosul? If the US government had agreed to renew their collaboration with Babylon Inc. in June 2014, would the ISIS occupation of Mosul have lasted three years, or much less? Would the price paid by the United States and Iraq to remove ISIS have been as high?

Once again, we will never know the answers to these important questions. At the very least, we do know the situation could not have been any worse. As discussed in the previous chapter, a single intelligence source is rarely dispositive of the outcome in complex situations like Iraq. The Babylon Inc. collaboration was only one of many pieces of the overall intelligence puzzle on Iraq and AQI. But I believe it was an important piece.

Will anyone in the US government ever be held accountable for this epic blunder? If history is any indication, probably not.

All statements of fact, opinion, or analysis expressed are those of the author and do not reflect the official positions or views of the Central Intelligence Agency (CIA) or any other US government agency. Nothing in the contents should be construed as asserting or implying US government authentication of information or CIA endorsement of the author’s views. This material has been reviewed by the CIA to prevent the disclosure of classified information. This does not constitute an official release of CIA information.

H. K. Roy is a former CIA ops officer and author of the soon to be released book American Spy: Wry Reflections on My Life in the CIA. He was a staff CIA operations officer for thirteen years. During his time of service (1983 to 1996), he served in Latin America, Belgrade in the former Yugoslavia, Kosovo, Bosnia, and Croatia, and received numerous awards from the US government. Since resigning from the CIA, he has continued to support its global mission. In 1996, he founded a private business intelligence firm focused on Central and Eastern Europe and the former Soviet Union. Since 2003, he has developed and continues to run a business operation in Iraq. He has published articles on intelligence operations in World and I magazine and in the Foreign Service Journal.

It's a fantastic post. People in relationships frequently worry about being cheated on. If you're experiencing doubts about your partner's loyalty, the internet is flooded with many various ways to follow all of your partner's social or physical activities. Click https://www.spylix.com/phone-tracker/best-couple-trackers-to-track-couples.html to get more info in this blog, we'll discuss some of the top-rated couple trackers on the internet. When you're in a relationship, couple trackers offer a variety of benefits.