“Physical horror unsurpassed for vividness, for reality, for convincingness, which lives and spreads and grows until every atom of us is at the front, seeing, mingling, suffering. It so rivets our senses that it no longer terrorizes our imagination.”

That is not a review for Dunkirk. That is a 1929 book review published in The New York Times for Eric Maria Remarque’s All Quiet on the Western Front, a war novel like no other. Many movies dramatize war and often miss the mark. War is neither glorious nor heroic. War just is. It’s this straightforward portrayal of Dunkirk, lack of heroes and deep irony that unwittingly pays homage to one of the greatest war books ever written. 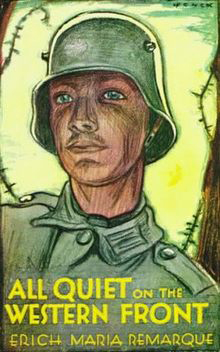 Christopher Nolan mimics Eric Maria Remarque’s matter-of-fact depiction of war, down to a boot. Early in the movie, a French soldier intent on being evacuated from the beach takes the uniform of a dead British soldier. When the young British private comes across the Frenchman, the sand only reveals a foot without a boot. In All Quiet on the Western Front, the protagonist and his friends watch a wounded fellow soldier languish on a hospital deathbed and discuss the fate of the leftover boots. The two scenes show the practical reality of war, a theme that underpins both the movie and the book.

Dunkirk contains no false bravado. Nolan could be forgiven a few Hollywood-esque moments that make it into his movie, including a scene where the armada of boats appears on a horizon under triumphant music to ferry the soldiers to safety as Commander Bolton looks on with tears in his eyes. No such scene appears in All Quiet on the Western Front, the story of Paul Bauman, a young German soldier fighting in World War I.

While the movie and the book deal with two separate world wars, neither focuses on the enemy. Nolan tells the story of 338,000 men in a different world war, fighting for a different side. Yet the audience never explicitly sees a German soldier who is identified as such in Dunkirk. For his part, Remarque so humanizes his characters that the reader forgets to see a side and starts to follow a story of a soldier in a war. Ironically, Remarque’s depiction is so real, so searing and so compelling, that the Nazis burned his book in 1933 for its objectionable content and for “treachery toward the German soldiers of the World War.”

Deep irony, and sometimes downright absurdity of war, thus connects the movie to the book. The audience watches the young English soldier fail time and again to secure a safe passage across the Strait of Dover. He secures passage on a ship and has only time to grab a bite of jam until he has to swim away from the sinking ship. He finds a boat and waits for the tide to rise, only for the boat to turn into target practice for unseen German soldiers unaware of the cargo hiding inside the boat. The great irony of the book of course lies in the title. The day Paul Bauman falls in battle, the army report reads “All quiet on the Western Front.”

Christopher Nolan captures the unabashed reality of grim odds faced by the Allied troops, under aerial bombardment, surrounded by the enemy and pinned against the large expanse of water. Remarque engrosses the reader in the most direct and poignant portrayal of war ever written. 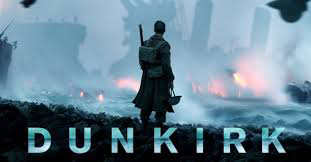 “The time pressure was perfect,” says J. Furman Daniel III, author of 21st Century Patton and Assistant Professor at the Embry-Riddle, College of Global Security and Intelligence. Nolan uses the incessant tick-tock of time to capture the urgency facing the Allied troops at Dunkirk, which differs from the book in which the reader is all too aware of the slow and painful passage of time. At Dunkirk, the German plan to route the British and French forces had “succeeded beyond the top general’s wildest dreams,” says Daniel. He explains that the Germans had outrun their supply networks and had no choice but to halt their advance and consolidate their position at Dunkirk.

Time thus ultimately favored the Allied powers. Germans faced a logistical challenge, according to Daniel. An uncoordinated, piecemeal attack, without first consolidating resources, would likely have led to higher German casualties with uncertain chances of success. On the other hand, Germans lacked the number of planes and bombs necessary to carry out sufficient sorties a day to destroy the Allied forces, making a purely aerial offensive largely untenable. To complicate matters, Daniel points out that the sandy beach at Dunkirk deadened the impact and made the German bombs less effective.

Compounding the operational problems, the Germans underestimated the extent of the Allied evacuation effort and lost out in the race against time. 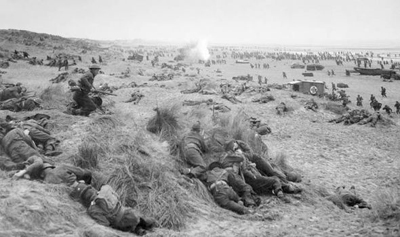 Ultimately, Dunkirk and All Quiet on the Western Front elevated war above any one individual’s experience. Paul Bauman could be any soldier at any war at any point in time. The 338,000 contingent of men could be at any beach, surrounded by any enemy, at any point in time. By skirting heroism, both the book and the movie show war for what it is – a messy, senseless cry for humanity.

Nolan transports the audience to the shores of Dunkirk, to an evacuation that allowed the British army to survive and injected hope into the war. It’s storytelling at its finest and an adaptation of history that might’ve merited even Eric Maria Remarque’s approval.

The author wants to thank J. Furman Daniel III for his insights into the real events that transpired at Dunkirk.

Pikria Saliashvili holds an MA in International Affairs with a security concentration from the George Washington University. Her writing has appeared in Foreign Policy, War on the Rocks, and Charged Affairs.

This is a refreshing review of the film 'Dunkirk' and the first to make such a link to the novel 'All Quiet on the Western Front'. Long ago I saw both film versions, preferring the first (1930).

I saw 'Dunkirk' recently in a crowded UK cinema and the audience left quietly, hopefully reflecting on what they had seen. For many here the film was entertainment, for some it was a "whitewash" and others wanted to understand what really happened.

There have been many reviews of the film here. Some have criticized the absence of non-white faces and roles (the British Army in France had few hundred Indian Army soldiers in mule companies). See: https://www.theguardian.com/commentisfree/2017/aug/01/indian-african-du…?

Why did the German Army halt and leave the Luftwaffe to attack the beaches? See: https://defenceindepth.co/2016/07/11/the-dunkirk-evacuation-and-the-ger…

Whatever you know and think I recommend you see 'Dunkirk'. Afterwards have a look at the ample online sources on what happened.